“We Can Put It On Our Credit Card!”

Nothing like spending out of an empty pocket — or so we can divine from the Commerce Department’s monthly “income and spend” report.

The latest report, out this morning, indicates the mighty American consumer upped his spending 0.9% in March. But his income rose only 0.5%. Bloomberg pronounces this development “moderately favorable” — because you can’t have prosperity without going deeper in the hole, right?

Meanwhile, the personal saving rate — which includes both actual savings and debt paydown — has fallen to 3.8%. That’s essentially a “post recession” low. Indeed, the number is much the same as it was in… drumroll please… the spring of 2006.

That’s when Saturday Night Live did its famous “Don’t Buy Stuff You Cannot Afford” skit with Steve Martin and Amy Poehler. It was so profound our fearless leader Addison Wiggin saw fit to include it in the documentary I.O.U.S.A… 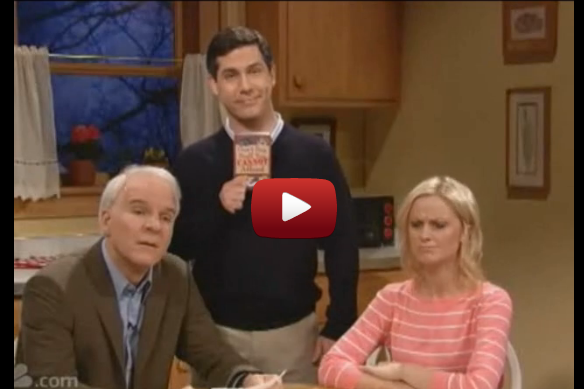 “Inflation has been running below the Committee’s longer-run objective,” the Fed said in its latest policy statement yesterday. Just in case you had any doubts…

The Fed statement, as long as we brought it up, was mostly a snooze. “Quantitative easing” has been dialed back another $10 billion, to $45 billion a month.

This is the continued process of “tapering,” in Fedspeak, illustrated by our old friend the tapir…

The rest was needless verbiage; the statement weighed in at 811 words. That’s the shortest a Fed statement has been since last October. But the overall trend remains in place — a steadily increasing amount of yakety-yak correlated with increasingly incoherent Fed policy going back all the way to the mini-recession of 2001.

Don’t believe us? Here’s a chart from no less an authority than the Dallas Fed, updated through the middle of last year… 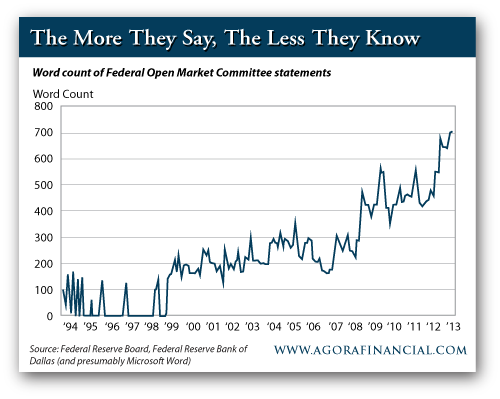 “Fed governors think that despite recent history, everything will be fine as QE winds down,” says Dan Amoss, editor of The 5’s PRO edition. The Fed’s statement confidently declared that the recent GDP slowdown was entirely weather-related: “[Growth] in economic activity has picked up recently, after having slowed sharply during the winter in part because of adverse weather conditions.”

“Now we wait to see whether the Fed is right about the weather effect.

“As the $10 billion-per-month taper gets embedded into expectations, the frothy stock market will sweat every economic indicator from now until the Fed’s next meeting (June 18). Weak economic figures might panic investors into believing that the economy isn’t following the Fed’s weather script and that there is no hope of a Fed rescue until its June meeting.”

Dan believes the Fed will be panicked into pausing the “taper” in the event of a stock market panic, mild or otherwise. That lines up with the forecast of The Death of Money author Jim Rickards, who tweeted yesterday thus… 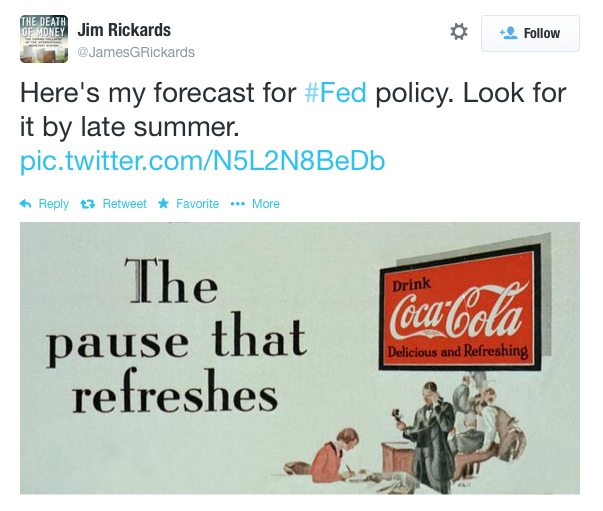 The Street evinced little reaction to the Fed statement yesterday, nor do traders seem to care much today.

As we write, the Dow is at 16,577 — down fractionally from the record high it reached yesterday.

“The biggest question I have right now is whether the market can shrug off the terrible performances of last year’s strongest stocks and continue to push higher,” says Greg Guenthner of our trading desk. In other words, can the market move past the disastrous performance of 2013 darlings like Netflix and Twitter?

Those trend followers — they’re militant in their agnosticism. Heh…

Of course, that’s worked out well for Greg’s readers. He’s gotten them out of “hot names” that have gone cold and put them into energy and utility shares, while picking up some shrewd plays on the short side. You can get started with Greg’s daily trading guidance for as little as $5.

And yes, there’s no shortage of economic indicators to give traders and Fed governors alike something to talk about.

First-time unemployment claims jumped big last week, to 344,000. But the four-week average is little changed. Tomorrow brings the April jobs report from the Bureau of Labor Statistics; the “expert consensus” of economists polled by Bloomberg is for 215,000 new jobs. Hmmm…

It being the first of the month, we’re also getting the pulse of manufacturing, both at home and abroad. In the United States the ISM manufacturing index rang in at 54.9 — well above the 50 dividing line between expansion and contraction and the best reading so far this year.

A similar measure in China registers 50.4. That’s the official government number; a separate survey put out by HSBC clocks in at a contractionary 48.3.

Gold slumped in after-hours trading last night, and slumped some more this morning.

From the “money down a black hole” department, the International Monetary Fund has approved a $17 billion bailout loan to Ukraine.

Hmmm… That’s about half of the $35 billion the new pro-Western government needs to avoid default. But it’s less than the $23 billion in outstanding loans held by European banks.

We can’t rule out the possibility that U.S. taxpayer funds will be laundered through the IMF to the Ukrainian treasury and then into the hands of those dastardly Russkies that Secretary of State John Kerry keeps telling us are such awful people.

As our Chris Mayer is wont to say, you can’t make this stuff up…

Here’s the next generation of prefabricated houses — made on a 3-D printer. At high speed.

A private firm in China has used giant 3-D printers to make 10 full-sized houses in a day, according to the official Xinhua news agency.

The printers spray a mixture of cement and construction waste to build the walls layer by layer. Total cost per house? Under $5,000.

“To obtain natural stone, we have to employ miners, dig up blocks of stone and saw them into pieces. This badly damages the environment,” says Ma Yihe, developer of the specialized printers. “But with the 3-D printing, we recycle mine tailings into usable materials. And we can print buildings with any digital design our customers bring us. It’s fast and cheap,” 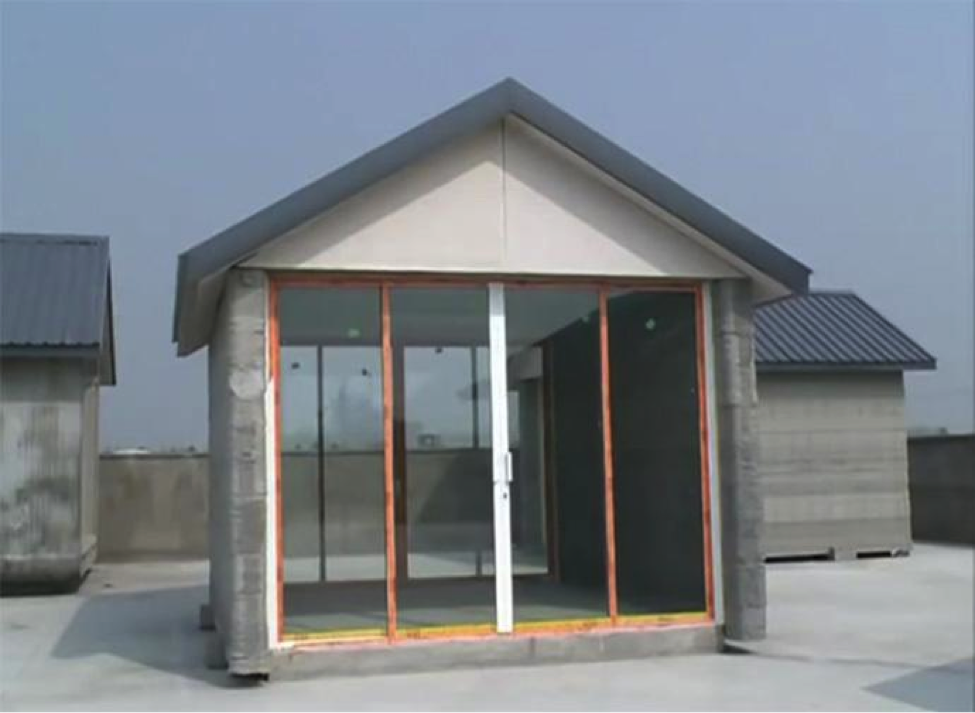 Well, he didn’t say the houses were especially cozy…

Ma is lucky — there are no building codes in China covering his creations. In time, he hopes to use his technology to build skyscrapers. Those are covered by building codes.

Not that China needs any more skyscrapers than it has already…

[Ed. note: We never cease to be blown away by the capabilities of 3-D printers. We documented the first 3-D printed gun a year ago. Now we have 3-D-printed body parts.

The 3-D printing sector got a little frothy of late, and it’s been pulling back. Some of the best names are approaching very attractive entry points for the next big run-up. Click here and learn how to take advantage.]

“Chase contacted us by form letter about our five corporate accounts,” a reader writes from Ohio, “along with our personal and children’s account as well… they are all being closed.”

“So far,” he goes on, “we have met with our personal banker at Chase, where we’ve banked incident free for more than a decade, and spoken with five different Chase ‘managers.’

“When I told the fifth person at Chase that our attorney would be in contact with them, they then kicked me up to their ‘executive offices,’ and we eagerly await their call.

“Here’s what we know. Regardless of what they decide, we are DONE with Chase… and will tell everyone we come in contact with to take their business elsewhere.

“My educated guess is that they couldn’t really care less… we felt like more of a liability to them than a valued customer, and without question, they employ the most condescending people we have ever encountered.

The 5: Hmmm… we’re loath to bet against any of the “too big to jails.” But do keep us apprised of the outcome…

The 5: Addison Wiggin pulled apart this question nearly three years ago for readers of Apogee Advisory.

The short answer is: It depends. If you’re keeping the metal in a safe-deposit box or a private vault facility, you probably don’t have to report it. But if you’re paying a fee to a custodian for the gold’s safekeeping, you probably do, because the feds consider that custodian a “financial agency.”

That’s just a rule of thumb; as always, consult a “qualified tax professional,” as the saying goes, for guidance relevant to your own situation.

P.S. Even if you do hold gold in a reportable account overseas, that’s likely better than an account at home.

Assets held domestically are simply easier for bureaucrats to shut you out of at a moment’s notice; assets held overseas are much harder for them to get to.

That’s why we like working with the Hard Assets Alliance so much. They give you ample options for storage of gold domestically or abroad. (You can take delivery too, of course.) The premiums? Very reasonable.

And now that they’ve scrapped their account minimums, you can get started with any amount. It couldn’t be any easier — the website interface at the Hard Assets Alliance is refreshingly simple. To open your Smart Metals account, begin here.

Full disclosure: Agora Financial has a marketing relationship with the Hard Assets Alliance and may be compensated once you fund your account.

Even without “street-level violence and political impasse” predicted by a former Pentagon insider, this election promises to be a fiasco. Read More

An Election-Proof Asset Class (Not Gold)

While some individual income tax rates would rise under Biden, another tax change would mean the end of Social Security as we know it. Read More

Rebel Capitalist George Gammon says: “With the Government Put there is already a huge tailwind for gold.” Read More

“There is some highly persuasive scientific research on polling that says Trump will win,” says Jim Rickards Read More

In our yield-starved economy, gold’s turning the heads of professional investors. Read More

“There’s a way to sell your gold and silver, take profits and not pay a dime in taxes,” says our founding editor Addison Wiggin. Read More

By most measures, the dollar is having its worst month in nearly a decade. Gold, meanwhile, is now in record territory… Read More

AT&T issued a mishmash of second-quarter earnings last week… signaling the demise of satellite TV. Is another satellite technology waiting in the wings? Read More

Way back in 2011 we anticipated how a funding crisis in the federal government would cascade down to the state and local levels. Well, we’re here now. Read More