Sorry To Burst Your Bubble

Here’s a quick fill-in-the-blank exercise to start your weekend early. What are the first word or words that come to mind here?:

Even if you didn’t, the words make intuitive sense, right?

Because we can all agree manufacturing jobs go hand in hand with economic progress and middle-class prosperity, right?

Too bad that inflation-adjusted wages of U.S. manufacturing workers have fallen 4.4% in the past decade — “almost three times faster than for workers as a whole,” according to an eye-popping new study.

We bring it up this morning because it’s the first Friday of the month, when the Bureau of Labor Statistics (BLS) regales us with its monthly jobs report. Let’s briefly dig into that, and then get back to how those “good manufacturing jobs” aren’t all they’re cracked up to be.

So much for the good news. The unemployment rate? That held steady at 5.8%, because 69,000 people departed the labor force for good — many simply giving up looking for work.

The two numbers the statisticians can’t fudge are also unchanged. The labor force participation rate and the employment-population ratio remain mired near lows last seen more than 30 years ago.

Wages, you ask? Average hourly earnings are up 2.1% so far this year. That’s actually higher than the official government inflation figures. But if you’ve been with us for any length of time, you know those figures are bogus.

Meanwhile, there’s the real-world unemployment rate as reckoned by John Williams at Shadow Government Statistics. That includes the official 5.8% figure… plus part-timers who’d like to work full-time… plus people who gave up looking for work, no matter how long ago.

Back to the manufacturing wage study: It comes from the National Employment Law Project.

It acknowledges the manufacturing sector has been coming back in recent years — growing 4.3% between 2010-12. Thanks to the so-called onshoring phenomenon, “there is a core of manufacturing work (including auto and computers) that is bouncing back and is likely to remain in the United States.”

Unfortunately, “the jobs that are returning are not the ones that were lost: Wages are lower, the jobs are increasingly temporary and the promised benefits have yet to be realized.”

No matter the pay grade, inflation-adjusted wages have lost ground between 2003-13:

Even before the economy started falling apart in 2007, the typical factory worker was making 17 cents an hour less than the average wage among all private-sector workers. By 2013, that gap had grown to 85 cents.

Some examples from the study, which we cite verbatim…

“The public assumes that manufacturing jobs are highly paid, but the reality is that millions of manufacturing workers are at the bottom of the wage scale,” the study sums up.

And the situation has only gotten worse since the “Great Recession.”

Which is another way of saying what our Jim Rickards has said in these pages for a while: We’re actually in a depression.

Jim’s preferred definition of a depression is the one used by the economist John Maynard Keynes (and we hasten to add Jim is no Keynesian): “a chronic condition of subnormal activity for a considerable period without any marked tendency toward recovery or toward complete collapse.”

“No one under the age of 90 has ever experienced a depression until now,” says Jim.

“Most investors like you have no working knowledge of what a depression is or how it affects asset values. And economists and policymakers are engaged in a conspiracy of silence on the subject. It’s no wonder investors are confused.”

To help cut through the confusion, Jim has scheduled another live online Q&A session open only to Agora Financial subscribers. It’s this coming Monday at 10:00 a.m. EST. This briefing will have a special focus on the cratering price of oil. Jim believes it’s a symptom of a worsening depression in Asia and Europe… but what does that mean for your portfolio here and now?

Jim will answer that question head-on. As always, access to this online briefing is free to all subscribers of Rickards’ Strategic Intelligence. If you’re not yet a subscriber, we direct your attention to Jim’s latest special report. No “long-winded presentation” to watch, just an urgent market warning gleaned from his worldwide network of contacts, and an invitation to sign up. Hope you can join us on Monday.

[One more thing about the manufacturing jobs study: The National Employment Law Project is a left-leaning organization. But the study’s recommendations are refreshingly restrained. It merely says state and local governments should think twice before handing out fat subsidies to companies promising to build a factory somewhere. Hear, hear.

But we won’t hold our breath: Politicians love to crow about “good manufacturing jobs” at ribbon-cutting ceremonies. They’ll leave office long before the bill comes due.]

The “Fed freakout trade” is back in play this morning — thanks to the release of the aforementioned official job numbers.

Those 321,000 new jobs were far more than the “expert consensus” was counting on. Any number that comes in way better than expected inspires a lot of hand-wringing on Wall Street nowadays: “Gee, if the economy is this strong, the Federal Reserve will throttle back on its easy-money policies, and then there won’t be anything left to juice the stock market!”

Before the open today, stock futures were up big. Now the indexes are up only modestly, the S&P 500 at 2,074. Of course, that’s still record-high territory — heh.

One market that’s not sniffing out “robust recovery” is crude. A barrel of West Texas Intermediate is down a buck and a quarter, to $65.55.

Those are four one-word assessments from four people who attended a massive air show in China last month. “I didn’t make it over there,” says our military affairs expert Byron King, “but I spoke with several attendees, military and nonmilitary.

“The air show had, apparently, exhibit after exhibit of new missiles and radar systems, all under development by Chinese industry, ranging from ‘private’ firms to well-known state industrial firms and labs. According to Bill Sweetman of Aviation Week magazine, ‘there was just one new missile after another, covering every range and type of threat vector.’ 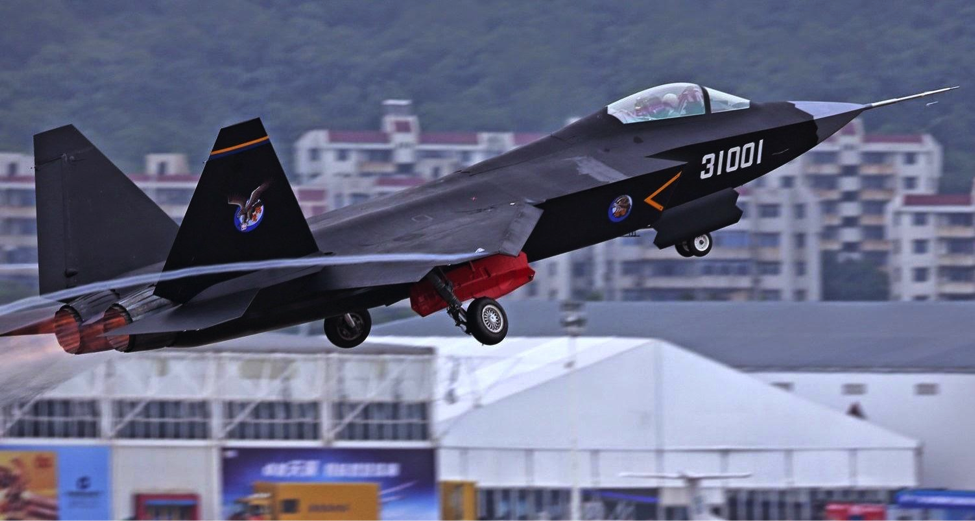 “China,” Byron sums up, “is rapidly throwing funds into research, engineering and development of everything that a launcher can shoot.”

Which is why your editor perked up this morning when President Obama nominated Ashton Carter to be the next secretary of defense.

Carter is a colorless career bureaucrat and academic. But here’s what makes us take notice.

From October 2011 to December of last year, he was deputy secretary of defense. At that time, he was perhaps the loudest voice in the Obama administration protesting the automatic limits to defense spending increases under the “sequester” protocol in the 2011 Budget Control Act. He took to the pages of Defense One to denounce “deep, essentially mindless, additional defense cuts in the defense budget.”

Now he’s moving into the Pentagon’s top job at a time Republican hawks will run both houses of Congress.

The new head of the Senate Armed Services Committee is John McCain. What does he think of Carter? “Working together, if you are not having to fight the Pentagon, if you’ve got the leader actively working toward the same goal, that’s immensely helpful,” McCain tells Bloomberg.

All of which bodes well for the investments Byron follows in his Military-Tech Alert. Indeed, he sees big profits starting next Thursday. Maybe even a chance to turn a $5,000 investment into $326,700

Why Thursday? He explains in detail at this link.

Back on Oct. 21, Greg told you in our virtual pages how the SPDR S&P Homebuilders Index ETF (XHB) had roared up 7% from its 2014 lows in only four trading days. “I think it’s only the beginning of a much bigger comeback,” he said then.

Now? It’s up 20%. “That means the homebuilding sector has gone from one of the absolute worst sectors on the market in 2014 to break-even in less than two months.

“And I believe the homebuilder breakout is putting this sector on track toward becoming a new market leader in 2015.

“While everyone else is completely fixated on the never-ending drama unfolding in the energy markets thanks to the tumbling price of oil,” Greg concludes, “you have the opportunity once again to ride on the housing market’s coattails while other investors are distracted by the daily barrage of headlines about where in the country gas prices have dropped the most.”

Now for the first and almost certainly last appearance in The 5 of the term “lumbersexual.”

From the invaluable website Know Your Meme: “Lumbersexual, a portmanteau of ‘lumberjack’ and ‘metrosexual,’ is a neologism used to describe attractive and fashionable men who maintain a rugged appearance with nicely groomed beards.”

It is this essential background that provides context for a headline from Canada’s CTV network: “‘Lumbersexual Trend Has L.L. Bean Struggling to Keep Up.”

Turns out the legendary mail-order retailer has a backlog of 60,000 orders for its boots. And it could grow to 100,000 by month’s end.

“Some customers will have to wait until February to get their holiday purchases,” reports The Associated Press. “The rubber-bottomed, leather-topped ‘duck boot’ has seen sales grow from fewer than 100,000 a decade ago to about 450,000 this year. Next year, the number is expected to top 500,000. 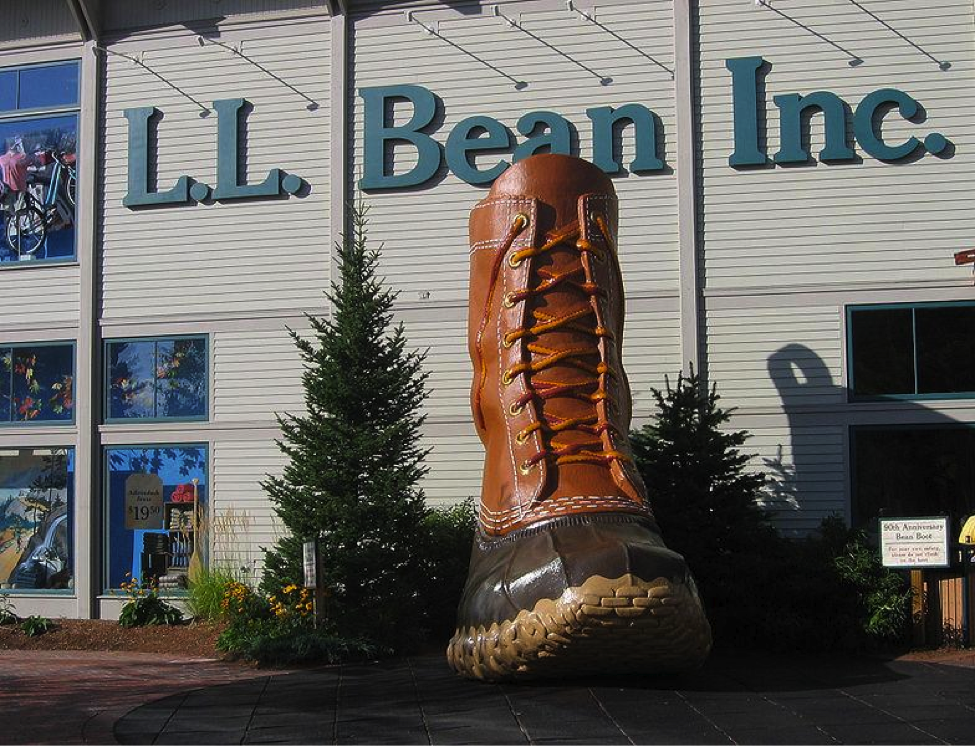 L.L. Bean manufactures many of its goods overseas… but the boots have always been made in its home base of Maine. The firm is adding 100 workers and spending $1 million to buy a second injection-molding machine to keep up with demand.

Sorry, this is one fashion trend that’s not accessible to the retail investor: L.L. Bean has been privately held since its founding in 1912.

A stunning prediction from a tech market mastermind foretells a future when disease is extinct… and when those who discovered the truth first became wealthy beyond their wildest dreams!