An important program note as we start the clock today: “I registered for the Jim Rickards ‘Goldfinger’ event,” a reader writes, “but it turned out I was unavailable at the time of the broadcast. Will there be a rebroadcast or download that we can hear?”
The answer’s yes. It’s available for you to watch right now at this link. The link is good even if you didn’t sign up for access in advance. However, it’s coming offline tonight at midnight EDT.

You wouldn’t know it from the gold price in dollars, but “Brexit” jitters are fueling a run to gold.
The referendum on continued British membership in the European Union is a week from Thursday… and Britain’s biggest online bullion dealer anticipates sales north of $14 million in a single day.
“We have a number of large clients waiting to place orders,” says Rob Halliday-Stein of BullionByPost. “Everyone is waiting for the referendum outcome. Gold rises on volatility, and we’ve never had a day as volatile as a Brexit day in the gold price market.”

“The Brexit impact is going to support gold strongly,” adds Mumbai-based T Gnanasekar from CommTrendz Research & Fund Management.
“Britain’s exit could push eurozone back into recession,” he tells India’s Business Standard, “at a time when it is just recovering from one. A recessionary environment will underpin gold prices strongly. Demand for gold from Europe has increased after the interest rates were made negative, pushing investors to move funds into hard assets like gold. More European investors are buying the metal to get over the uncertainty of Brexit, at present.”
Meanwhile, Bloomberg informs us that assets in gold ETFs have risen every day so far this month. Gold is little moved this morning, the bid at last check $1,283.
But as Jim Rickards’ secretive and highly connected contact “Goldfinger” revealed last night, an event other than the “Brexit” could propel gold to record highs above $1,900… and far beyond.
You still have a few hours in which to learn what this catalyst is… why most gold holders won’t profit from it (you read that right)… and how to make sure you’ll be among the small group that can pocket short-term profits of 600% or better.
Click below to watch the replay of Jim’s discussion with Goldfinger last night. Do it now, because it’s coming offline tonight at midnight EDT. 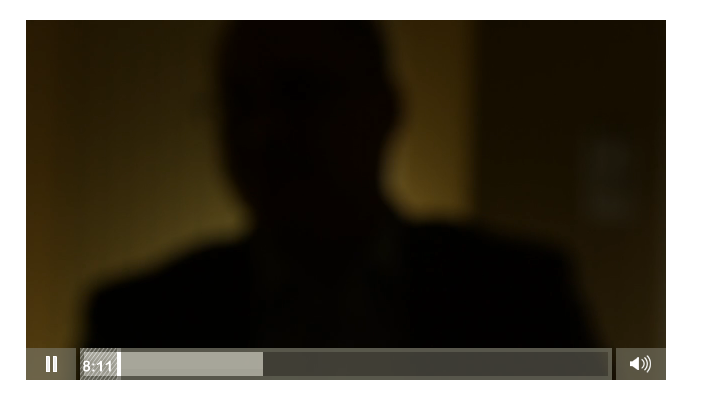 Like gold, other asset classes are treading water today in advance of a new “policy statement” from the Federal Reserve — which should be out by the time you read this.
The likelihood of an increase in the fed funds rate is nil. But Fed chair Janet Yellen is holding one of her quarterly news conferences, and traders are waiting with the proverbial bated breath to divine clues from whatever noncommittal, butt-covering gobbledygook spills from her lips.
As we check our screens, the S&P 500 is up about a third of a percent, at 2,083. The 10-year Treasury yield still hovers near long-term support at 1.6%. The dollar index is nearly steady at 94.8. Crude continues to lose ground, at $48.27.

We have a raft of economic numbers this morning… and put together, they’re a bit reminiscent of ’70s-style stagflation. Let’s get right to it…

We’re not sure what’s taken so long, but the mainstream is waking up to the explosion in student debt and auto debt.
We started paying heed to subprime auto loans three years ago… and student debt has been on our radar going back to the Occupy Wall Street protests of 2011.
Yesterday, the biggest issuer of retail credit cards — Synchrony Financial — increased its forecast for credit losses over the next year. Synchrony shares tumbled 13% on the day. “Defaults on general-purpose credit cards, which had been mostly declining since April 2010, have started to rise in recent months,” says The Wall Street Journal.
As credit cards go, so go auto loans and student loans, the thinking goes. Auto loan balances topped the $1 trillion mark within the last year. Meanwhile, 11% of all student debt is at least 90 days in arrears.
Not to worry, though, say mainstream analysts: “The increases are very, very small,” says Equifax chief economist Amy Crews Cutts, “and the direct result of seven years of economic expansion that have warranted — and I say this with a teeny, tiny ‘L’ — loosening credit standards.”
Hmmm… Are those “loosening credit standards” the only reason we’ve seen a modest blip up in retail sales of late, as we noted yesterday? Just askin’…

China’s stock market still isn’t ready for prime time, in the estimation of MSCI — the outfit that compiles many global stock indexes.
MSCI announced late yesterday that companies trading on the main exchange in Shanghai still don’t merit inclusion in its big index of emerging-market stocks.
“International institutional investors clearly indicated that they would like to see further improvements in the accessibility of the China A shares market before its inclusion in the MSCI Emerging Markets Index,” said MSCI’s research chief Remy Briand.
Here’s The 5’s real-world translation: If the Chinese government is going to make boneheaded moves during a market panic, like banning anyone who owns more than 5% of a company’s shares from selling, there’s no way we can say the Shanghai exchange is just like all the other emerging-world stock markets. Too bad, so sad.

Ironically, the decision might have the effect of slowing down China’s integration into global markets.
Including those Shanghai “A shares” in the MSCI index would have spurred a lot of buying of those shares. That meant “the renminbi was going to have to be purchased to settle the trades, and that would have meant another step toward openness in China’s capital markets,” says our friend Chuck Butler from EverBank Global Markets.
“But all that was put on hold by the MSCI decision to wait and review it again next year.”

Staying in China, we have an intriguing variation today on the now-familiar theme of empty skyscrapers.
More than 200 cars — many of them luxury models like Audis, Bentleys and Land Rovers — sit abandoned in a parking lot in Chengdu. Two of the Bentleys might be worth as much as $450,000.
But time and Mother Nature are doing their thing… 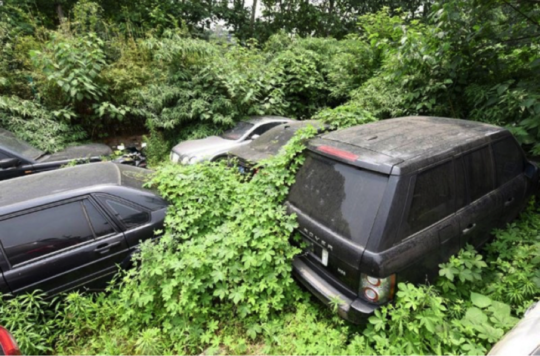 “Local police said several of the vehicles were involved in criminal cases while the rest were due for scrapping,” reports the South China Morning Post.
We can’t help wondering if the owners have bolted overseas — settling into the properties Chinese have been busily bidding up in New York, San Francisco, Vancouver…

“Yesterday’s 5 brought back memories of when I was a ‘player,’” a reader writes after we explored how the Comex can change the rules at any time — which would make it much harder for someone to demand delivery of physical gold.
“Just before the Comex changed the rules on the Hunt brothers, a buddy of mine and I were riding on their coattails, and we actually took delivery on a silver contract. We then worked a deal with a broker to leverage a $1 million gold contract.
“Our glory days were short-lived once the Comex stepped in. We went to negative $625,000 in the blink of an eye, and the firm we were doing business with went bankrupt. I received a demand letter from their bankruptcy attorney for my deficit and all I could do was laugh. I was worth nothing after the storm had passed. My debt was forgiven, because they were looking for hard assets.
“Thanks for your newsletter. It is always thought-provoking.”

“In the old John Wayne movie Jet Pilot, co-starring Janet Leigh, there was a very similar joke to the one about the Soviet leader and his mother,” a reader writes with a postscript to Monday’s episode of The 5.
“John and Janet were in the Soviet Union and they saw an old woman dressed in rags slouching along past them. John recognized the old woman, but couldn’t place where he saw her. Janet replied that the old woman was the top female sniper during the war but was now disgraced. John asked what she did to have all her honors taken from her. Janet replied that she went to America and saw New York City and the way the average person lived, and when she came back, she started going around and shooting Soviet party officials.”

“In my untrained unprofessional opinion, the confusion over whether there’s inflation or not here is a result of the way most folks define ‘inflation,’” a reader chimes in after yesterday’s mailbag.
“To Joe Everyman, this term means rising prices.
“That’s one effect of inflation, but not the real culprit. Increased money supply is its root cause (and correct definition), yes?
“So thanks to the Fed, trillions of dollars are now sloshing around the system. Banks aren’t loaning it out, and corporations aren’t spending it — they’ve just been stockpiling cash, and it’s swirling like backwater that hasn’t really hit consumer prices (yet). The floodgates will probably open when TSHTF… and then things should get kinda sporty!
“Thanks again to you and your team for the great insights, as always.”
The 5: True enough. But we weren’t going to confuse the poor fellow yesterday more than he already was by getting into the cause-and-effect weeds. Hope the purists don’t mind…

“My personal opinion,” writes another, “is that when a currency loses its value, that is a deflation of the currency value, not inflation of its value. I admit it is an inflation of the quantity required to exchange for a product of a stable product value.
“Every country that has taken this route in the past has come a cropper. Germany after WWI, Venezuela and look at Zimbabwe.
“Assuming Jim is correct that the elites plan that for this economy, God help us, because they certainly plan to destroy this country — or at least beggar the people to make slaves of them. When one sees this sort of operation, it is certain that the powers that be are insane or bent on destruction or enslavement. Which, in my opinion, equates to insanity.”
The 5: Another wrinkle: Congress’ mandate for the Fed includes “stable” prices.
If the Fed actively seeks 2% inflation, that’s a mighty peculiar definition of “stable” — an 18% loss of purchasing power every 10 years.
Best regards,
Dave Gonigam
The 5 Min. Forecast
P.S. Last chance: If your schedule didn’t allow for you to watch Jim Rickards’ event live from Zurich last night about a looming shock to the gold market… you can watch it right here. No time like the present, either: We’re taking the rebroadcast offline tonight at midnight.