“Since last Thursday we’ve seen a triple meltdown in bonds, stocks and cryptocurrencies,” says Jim Rickards. “What’s amazing is that there’s no consensus on why these three markets are all crashing at once.”

By and large, the MSM haven’t capitulated to the usual “group think” when it comes to dissecting the recent market meltdown. Perhaps it’s tantamount to throwing up their hands and saying, “What gives?”

By the way, fear has crept back into the stock market today. Lunged is more like it. The Dow sits just above 24,400 — down nearly 500 points from yesterday’s close. That’s an 8.3% drawdown from the record close of Jan. 26.

Back to our central question: What gives? “Opinion is all over the place,” Jim notes. “In fact, there are two completely contradictory story lines making the rounds. It’s truly a tale of two markets. Let’s cut through that to see where things really stand.”

Best of times? “The first narrative could be called ‘Happy Days Are Here Again’! 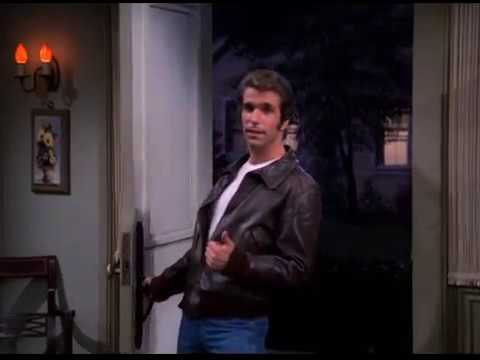 This kind of long-term, above-average growth will get an extra boost from Trump tax cuts and an unemployment rate of 4.1% — a 17-year low.

It comes with the territory: Jim says, yes, “Inflation will return with a vengeance… That’s to be expected, because rates typically do rise in a strong economy as companies and individuals compete for funds.

“The stock market may be correcting for the new higher rate environment, but that’s a one-time adjustment. Stocks will soon resume their historic rally that began in 2009.”

“In this scenario, there is much less than meets the eye in recent data.”

“Last Friday’s employment report was much touted because of the 2.9% year-over-year gain in average hourly earnings,” says Jim. “That gain is a positive, but most analysts failed to note that the gain is nominal — not real.

“To get to real hourly earnings gains, you have to deduct 2% for consumer inflation. That reduces the real gain to 0.9%, which is far less than the 3% real gains typically associated with a strong economy.” 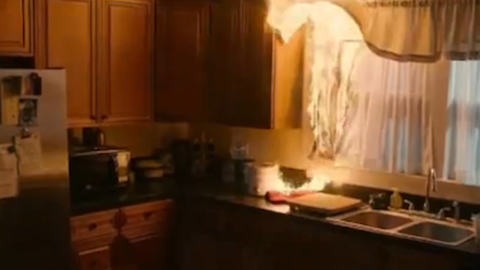 Jim highlights — er, lowlights? — the historically low labor force participation rate of 62.7% and the U.S. worker’s average weekly income, down for the first time in 25 months.

“It’s also important to note that the Atlanta Fed GDP report, while useful, typically overstates growth at the beginning of each quarter and then gradually declines over the course of the quarter,” says Jim.

“This is a quirk in how the report is calculated, but it does suggest caution in putting too much weight on the above-trend GDP growth suggested.”

What of the “Trump boom”? Meh.

“All of these forces — weak labor markets, Fed tightening, weak growth and a tapped-out consumer — point to a Fed pause in interest rate hikes by June at the latest. That pause will lead to a weaker dollar…

“If the economy falters” — and Jim believes it will — “the Fed will pause in its path of interest rate hikes.

“Today the market is pricing in at least two and as many as three Fed rate hikes this year. A rate hike in March seems certain unless the stock market falls another 10% between now and mid-March.

“However, if the Fed pauses in March (due to a market decline) or in June (due to weaker economic conditions), this will be a form of ease relative to expectations.

“That ease will weaken the dollar,” Jim says, “and commodity prices will rally.” Inflation along with flagging confidence in the U.S. dollar might lead to a scenario similar to that of the ’70s and ’80s when the price of commodities — crude oil, especially — rose sharply.

Now Jim says: “One commodity in particular is set to outperform the pack.”

Jim’s team of top-notch analysts has identified the best way to play the coming commodity boom.

Using a CIA system developed post-9/11 to predict — and prevent — terrorist attacks, Jim says, “Now we are using the same technology privately to give our readers the best in macroeconomic forecasting and actionable trading recommendations.”

The good news is Jim and his team never take their hands off the wheel: “Human analysts oversee the output and update the algorithms as needed to steer the system on a sensible path,” Jim says.

Using this system, Jim and his team urged his Project Prophesy readers to lay on a commodity-themed trade this week with up to 200% profit potential. Learn more about how the system works right here. Please note: Because of the sensitive nature of this information, it’s coming offline this weekend.

“Thanks to large cash balances and relatively few opportunities to grow business organically, companies are looking toward takeover deals to help boost growth this year.”

Deloitte — the accounting and business consulting firm — confirmed what Zach’s expecting… and what he’s been reporting to readers of The Takeover Alert.

Zach says: “It’s important to point out that the report isn’t based on the opinions of Deloitte researchers. Instead, Deloitte polled more than 1,000 business executives, asking them about their specific plans for the year ahead.

“These are the executives who will actually be pulling the trigger when it comes to making decisions about takeover opportunities,” Zach says.

“According to the survey, 68% of business managers and 76% of private equity group leaders said that they will increase the number of takeover deals in 2018.” And 63% of survey participants said they will make pricier deals when it comes to M&A opportunities.

“While it’s great to know that there will be plenty of large-scale takeover candidates for us to choose from this year,” Zach says, “it’s also helpful to know where these executives are looking for their next takeover opportunity.

“Best of all, this is information on the actual plans of decision-makers in the industry. I’ll take that information over some Wall Street opinion any day!

“Deloitte breaks out the areas that managers are most likely to target when setting up new deals: 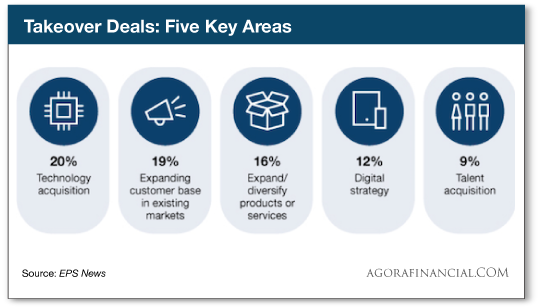 “This list of specific areas in the takeover cross hairs of key executives gives [me] some great input… for upcoming takeover candidates.” Zach says. “We’ve got our screens narrowed down and we’re putting the finishing touches on a couple big opportunities over the next week!”

For the moment, The Takeover Alert is closed to new subscribers. But that will change in the coming weeks… and the timing should prove ideal. Watch this space.

“Ship of Gold” update: More treasure recovered in 2014 from the wreckage of the SS Central America goes on display to the public for the first time.

The SS Central America sank during a hurricane off the Carolina coast in 1857 carrying 30,000 pounds of gold.

“The story of the SS Central America, its cargo, its lost passengers and crew and its survivors is a historic moment in American history, and the recovered items are a time capsule of the great California Gold Rush,” says Dwight Manley of the California Gold Marketing Group.

While precious cargo retrieved from the first salvage effort in the late 1980s was displayed in 2000, the latest cache — gold and silver coins, gold ingots and even hand-sewn “pokes” filled with gold dust — has been kept under wraps since the second expedition four years ago. The 5’s longtime friends at Odyssey Marine Exploration spearheaded that salvage effort. 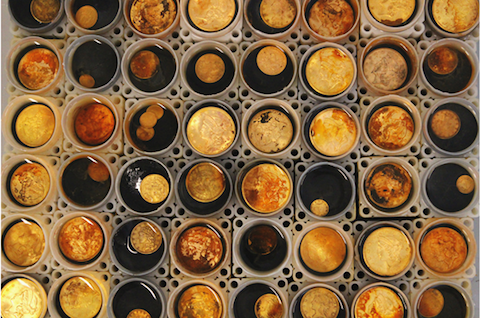 A second exhibit of items recovered from the “Ship of Gold” will be “housed in a 40-foot-long re-creation of the famous ship’s hull,” according to an article at Coin World. “In addition to all the United States coins, the trove includes many coins from around the world, including two Australian Gold Sovereigns struck in Sydney in 1855 and 1856, and both are the finest known,” Manley says.

The second “Ship of Gold” exhibit will be on display Feb. 22–24 at the Long Beach Convention Center.

“Always interesting to read all of the comments from people about where the market is going next,” writes one of our longtimers. His first entry in The 5’s mailbag goes back to November 2011.

“Some say the market will grind higher from here. Others, that it was just a tremor of what’s to come. Some say it’s back to the races.

“These were worded, perhaps skillfully, without a time tied to the prediction, so of course they will all eventually be proven correct over a long enough time horizon.

“Yet some of these same people will once again hold onto losing positions as the very real and current losses in their portfolios mount.

“Anyone who doesn’t know where the exits are ahead of time, and how long it will take to get through in the event of a real stampede, is going to get crushed.

“Just look at some of the inverse VIX funds lately to see a real stampede.

“And real people were crushed — some asking on social media if they should just end their life after losses of millions of their family’s and friends’ money. (I am exceedingly happy to report that all of the responses I saw were showing the very best examples of our human nature.)

“I hope everyone uses the recent market turbulence to identify their exits ahead of time.

“Many studies of transportation accidents and some terror events (see Paris) show that people were killed as they passed their nearest empty exits to crowd with the rest of the herd at the main entrance, with horrific results.

“Anyone freaking out over this week so far should really be looking for the exits and perhaps not invest in the markets at all.

“Because along with those in the herd that freeze under pressure, there are jackals that thrive in that environment.

“Some are just cold algorithms.”

The 5: Rest assured we’re doing our best to stay away from the herd and keep those jackals at bay.

P.S. This morning we heard from Alan Knuckman and his team at Weekly Wealth Alert. Their readers just collected 235% on Twitter — in less than four days!

Not bad for a trade he laid on Monday morning when the market was melting down.

We’ll get more into the anatomy of this winning trade tomorrow. But right now you should know Alan’s already teeing up his next trade for this coming Monday. It could make a dramatic difference to your retirement… as you’ll see in this demonstration.