Passing the ‘Peace Pipe’ (Across the Aisle)

“In our highly partisan America there are still a handful of issues that can bring together the right and the left,” writes Brian Darling at the right-leaning site Townhall.

The issue Mr. Darling has in mind is marijuana and states rights — and the legislation known as the STATES Act that we mentioned both yesterday and Saturday. It’s cosponsored by Sens. Cory Gardner (R-Colorado and Elizabeth Warren (D-Massachusetts). 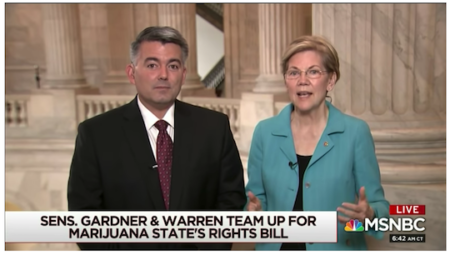 As Warren said on Twitter, the bill would “let states, territories, & tribes decide for themselves how best to regulate marijuana — without federal interference.”

The name of the act — “Strengthening the Tenth Amendment Through Entrusting States” — recognizes where the power properly resides.

Darling elaborates: “Federalism, and the 10th Amendment to the Constitution, allows the powers not specifically delegated to the federal government to reside with the states and the people. There is no specific federal authorization for the regulation of marijuana, therefore it might finally be the time to let the states take back the police powers of regulating marijuana.”

You might say it was Supreme Court Justice Clarence Thomas who made it cool for conservatives to take this position.

In 2005, he delivered a stinging dissent in Gonzales v. Raich. The 6-3 majority held that Congress has the power to ban cannabis even if states approve it for medicinal purposes.

Thomas was incredulous. He noted the two women the feds prosecuted merely grew weed for their own use. They didn’t sell it, and it certainly never crossed state lines. “If Congress can regulate this under the Commerce Clause, then it can regulate virtually anything—and the Federal Government is no longer one of limited and enumerated powers.”

“If the Federal Government can regulate growing a half-dozen cannabis plants for personal consumption… then Congress’ Article I powers—as expanded by the Necessary and Proper Clause—have no meaningful limits.”

Apart from its affirmation of Constitutional principle, the most radical thing about the STATES Act is that canna-businesses would no longer be cash-only.

Because marijuana is illegal under federal law, any business that “touches the plant” — to use industry jargon — has zero access to the banking system. Even state tax payments have to be delivered in cash.

“If the bill were to pass,” writes Matt Lasio at Rolling Stone, “banks and financial institutions would be free to work with any business that played by their state’s rules.”

Support for the STATES Act is building quickly.

The governors of 12 states — including California, New York, New Jersey and Pennsylvania — are urging their congressional delegations to line up behind the bill.

In response, rising-star Sen. Kamala Harris (D-California) says, “We need to get this done.”

What a difference four years makes. Harris is an ex-prosecutor. Asked by a reporter in 2014 about national legalization, she laughed. But she’s looking at a presidential run in 2020 and she knows which way the political winds are blowing.

So does the current occupant of the White House. “I support Sen. Gardner, I know exactly what he’s doing,” said Donald Trump on Friday.

The same day, Trump’s prohibitionist attorney general Jeff Sessions told Colorado Public Radio he’d been frozen out of Trump’s discussions with Gardner. Then Sessions spoke at a conservative conference in Denver and didn’t say a word about weed. (How much longer can Sessions go on being humiliated like this? Heh…)

[Ed. note: You don’t have to wait for Congress to act to pounce on a niche opportunity in cannabis — one that allows you to pocket $842 in a matter of moments.

One of Agora Financial’s most-followed contributors recently discovered how it works. And just to prove it’s for real, he ventured to a Denver dispensary. Click here and watch what happens next. It take only two minutes.]

Wall Street is yawning at the Trump-Kim summit — which is more or less what we expected when we wrote you yesterday.

As we write, the Dow is down microscopically, the S&P 500 up marginally. The Nasdaq and the small-cap Russell 2000 keep flirting with record territory. Gold has retreated below $1,300 again. Crude is $66.50.

The “Trump got played!” takes in the financial press are more than we can stand…

Why no, that business with the flag of a brutal dictatorship appearing alongside the red, white and blue — that’s never happened before, never ever ever! What norms will Trump violate next!? 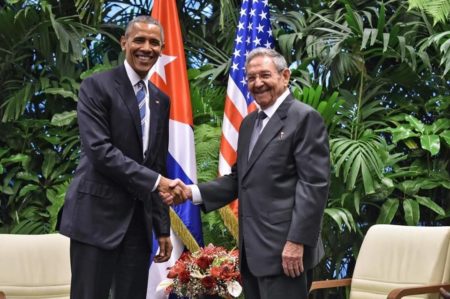 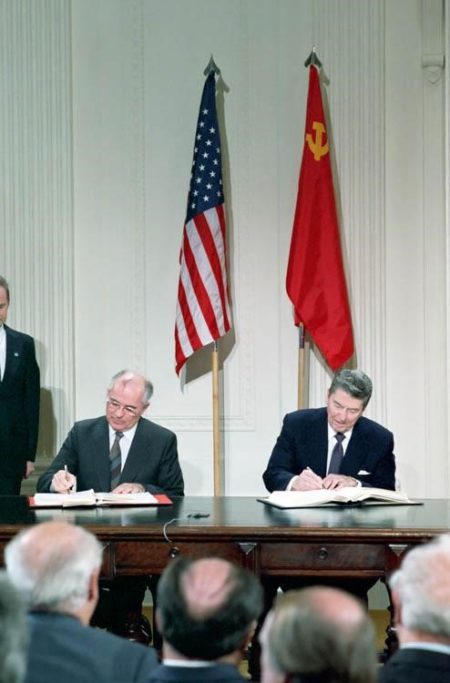 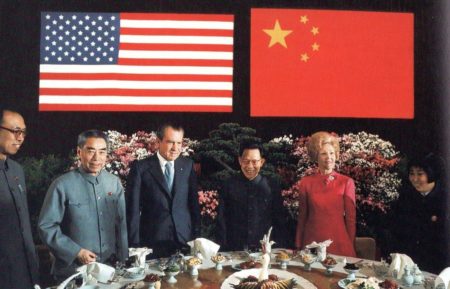 The Bureau of Labor Statistics regaled us this morning with the consumer price index. It’s up 2.8% year-over-year. That’s the fastest clip since February 2012.

As always, we caution that any resemblance to your own cost of living is purely coincidental. (ShadowStats, which runs the numbers the way they were during the Carter administration, says inflation is running 10.6%, the highest since December 2011.)

But as Mike Burnick was pointing out here only yesterday, the way you measure inflation matters less than the trend. And even going by the most official of official numbers, inflation has been trending up since early 2015. 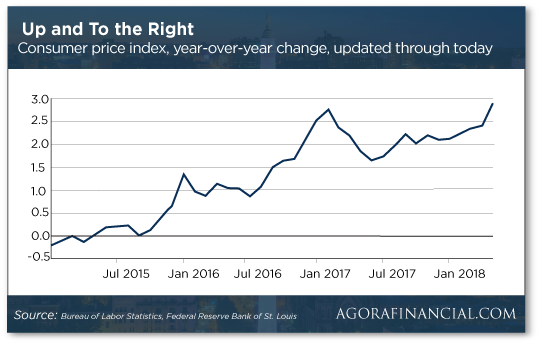 Today’s number erases any lingering doubts about the Fed’s intentions when it issues its next “policy statement” tomorrow — the fed funds rate will be jacked up another quarter percentage point.

Which raises the question: Is it time to start worrying about the impact of rising interest rates on the stock market?

“The reason for this is simple: as rates rise, the cost of borrowing money to grow their business gets more expensive. And higher rates also lead to higher interest rates that consumers pay, leaving them with less money to buy products and services.

“But the expected quarter of a percent increase to 1.75% tomorrow isn’t going to send the stock market into a downward direction, because 1.75% is still well below the historical average.

“From 1955 to the present, the Federal Funds Target Rate average is 4.8%. Before the recession, which dragged down the rate to practically zero for the past decade, the average was 5.6%.

“So the bottom line: borrowing money is still very cheap to grow business in historical standards.”

Small business owners are feeling super-optimistic, judging by the latest Optimism Index from the National Federation of Independent Business.

The May number registers 107.8 — the second highest in the survey’s 45-year history. Within the survey, sales expectations are leaping higher. Ditto for expectations the economy will improve. (The survey notched its record high in mid-2005, about two and a half years before the onset of the “Great Recession.” Just sayin’.)

On the revealing “single-most important problem” part of the survey, “quality of labor” is now way in front — cited by 23% of respondents. Taxes are in a distant second place at 17%, followed by regulations at 13%.

The only real bummer? Uh, inflationary pressures. Nineteen percent of survey respondents say they plan to raise prices to keep up with the higher wages they’re paying to hang onto good help.

And now a strange variation on our longstanding theme of “new taxes and weird fees.”

A quick reminder if you weren’t here for the most recent iteration last week: As the federal government goes deeper into hock, you’re likely to feel the impact on the local level first. Services you’ve come to take for granted, like trash pickup, will become less reliable. 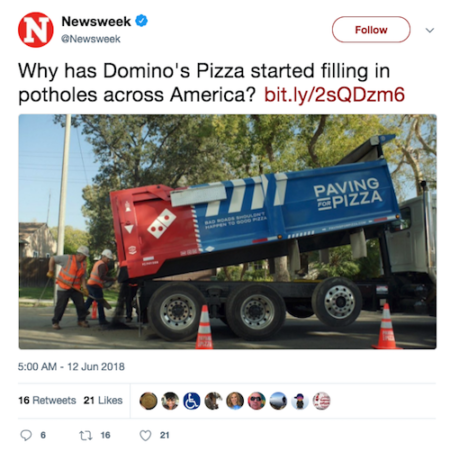 “Potholes, cracks and bumps in the road can cause irreversible damage to your pizza during the drive home from Domino’s,” says the company in, well, a cheesy press release. “We can’t stand by and let your cheese slide to one side, your toppings get un-topped, or your boxes get flipped. So we’re helping to pave in towns across the country to save your good pizza from these bad roads.”

The company is already patching pavement in Bartonville, Texas; Milford, Delaware; Athens, Georgia and Burbank, California. (Is it beautiful downtown Burbank?) And you can nominate your own town on the company’s website.

“This is an opportunity to get additional money to stretch our city’s limited resources,” says Milford city manager Eric Norenberg.

Uhh… if “resources” are already “limited” while the economy is relatively good, what happens when the next recession finally rolls around?

“Thank you for providing interesting insights on a wide range of topics, including when to start taking Social Security benefits,” a reader writes.

We still have a surplus of emails from thoughtful and engaged readers. Today we return to them…

“I started taking social security benefits when I turned 70 – opting to wait for maximum payout for the following reasons:

“- inflation:  Social Security benefits have a loose tie to inflation – not a good link, but at least some.  While I have a company sponsored plan, it does not have any inflation adjustment.  Therefore, I wanted to maximize the future inflation related income.  Few people appear to make this linkage.

“- continued work income: while I “retired at 61, I continued to work part time even at 70.  It kept me mentally engaged with a career and people I enjoyed and provided roughly the income that would have been provided by early SSA benefits.

“- investment growth:  while some argue that it’s better to take SSA benefits early to let tax deferred savings to grow until withdrawals are required at 70.5, I found that by working and wise spending, I could forgo those withdrawals.

“There were other factors as well, such as taxes, my wife’s benefits, etc.  The key takeaway is having an integrated, long term plan.  Too many of my friends started their SSA benefits early – eager for the extra income without considering the longer term implications.”

“I was laid off at 61. We needed income so I took early social security,” writes another reader. “That was not our plan but downsizing changed our circumstances.

“One major reason I took social security at 62 was that my wife and I did not want to take income or distributions from our savings too soon. We are fortunate to have good savings. These funds have grown and hopefully will yield a lot more income than social security. My wife turns 62 this year but has not decided whether or not to take social security.

“We made other decisions, such as downsizing and buying a house for cash; moving to a lower cost and tax area; starting a small business; and paying off as many debts as possible. I also still work part-time as does my wife.

“I could have waited to take social security. But when unexpected events take place such as downsizing, sometimes plans go out the window and you adjust. Our adjustments have turned out well so far.”

The 5: Thanks to everyone for their input on the topic. We’ll return to more of your emails in the days ahead as time allows.

P.S. Would you like to collect “Pot Paychecks” worth up to $842? One of Agora’s most-followed contributors wants to show you how.