When the Ferrari Isn’t Enough

“Above a certain point more money does not yield much more happiness,” says an article at Inc.

At least that’s what the data show….

Harvard researchers surveyed 4,000 millionaires to gauge their levels of happiness.

What they found probably won’t surprise you: “People with a net worth of $10 million are significantly happier than those in the $1–2 million range.”

Using a 10-point happiness scale, decamillionaires responded they were statistically happier than those with net worths of “only” $1–2 million. Above the $10 million level happiness increased — but only marginally.

(We’d gladly take one for the team and put the data to the test, by the way.)

The interesting part? How millionaires made their money increased happiness more than just having money.

“Those who earned their wealth reported significantly greater happiness than those who primarily inherited or married into it,” Harvard researchers Grant E. Donnelly and Michael Norton say.

“Of course,” they continue, “there are likely other differences between people who earned versus inherited their wealth that may contribute to these different levels of happiness.”

And if millionaires want even more happiness, the study found, they’ll give their money away.

“Research shows that giving to others leads to greater happiness than spending on oneself.”

Or even passing it on to heirs…

Donnelly and Norton say millionaires would do well to take a page from the playbook of Andrew Carnegie, who “donated the vast majority of his fortune to charities, foundations and universities during the last few years of his life, keeping it from his heirs in an apparent effort to lead them to useful, worthy lives.”

“Having six, seven or even eight figures in your bank account,” he says, “will NOT make you happy.”

You might find that surprising… coming from this guy. 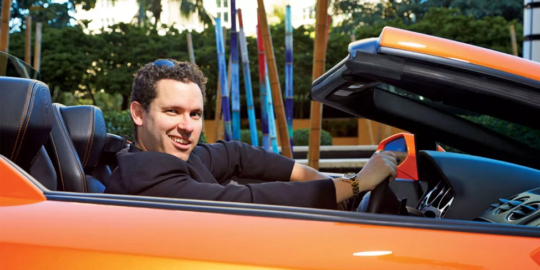 Tim turned a small grubstake into over $2 million trading penny stocks when he was in college.

He went on to travel the world — rubbing shoulders with celebrities, driving fast cars and living it up in exclusive penthouses… and trading his way to a net worth over $4 million.

“I’ve stayed in over-the-top hotel suites and big mansions in Miami and Beverly Hills,” he continues.

“I’ve traveled extensively to 100-plus countries.” Tim’s chartered jets, helicopters and yachts… hung out with billionaires and models… and had front-row seats to his favorite sporting events.

But — eventually — Tim says he became bored to death and, as a result, developed a serious drinking problem.

“I’m here to tell you that while becoming a millionaire is a great goal to have, mainly for the freedom that comes with it, it should never be your endgame,” Tim says.

“Find something that fulfills you on top of any of your monetary goals.

“What I have found that does make me truly happy is teaching, helping others and pushing [them] to achieve… goals, no matter what they are,” says Tim.

Tim teaches by doing; in fact, he’s one of the few trading gurus who’s completely transparent with all his trades — wins and losses.

And he warns students: “You should NEVER go into learning thinking you’ll make the exact $4.4 million I’ve made.”

Not that some of his students don’t surpass his trades; Tim’s actually happy when they do.

“I love teaching,” he says. “I love having more millionaire students than anyone else.

“My goal every single day now is not to be some soulless, superficial millionaire…but to be the mentor to my students that I never had.”

[Ed. note: Still interested in achieving millionaire status… and having the freedom to pursue your dreams?

Tens of thousands of people have already discovered what Tim’s learned — a market anomaly that happens on the weekend.

You get in on Friday, get out on Monday and can walk away with thousands.

The best part? Tim coaches you through the process every week. No busywork necessary.

You just need to click here to watch the video.

This is time-sensitive so don’t wait. Tim’s pulling it offline TOMORROW at 3 p.m.]

To the markets… where the Dow’s surged over 350 points on comments from National Economic Council Director Larry Kudlow intimating U.S.-China trade talks will resume.

The U.S. markets are in the green pretty much across the board.

Walmart’s Q2 earnings beat expectations, propelling shares up 10%. The retailer reports it’s had the strongest growth in a decade, buoyed by online sales that increased 40% in the second quarter.

And speaking of whiffed: The Philly Fed index of mid-Atlantic manufacturing cratered to 11.9 in August from 25.7 in July. That’s the lowest in 21 months and well off economists’ consensus of 22.5.

“The maker of Corona is betting that consumers want something more than beer and booze,” says CNNMoney.

This affirms a theme The 5’s been following for two years… the alcohol industry wants a piece of the high life.

Last year, Constellation purchased a 10% stake in Canopy; yesterday it upped the ante to 38% with the option to become a 50% or higher shareholder.

“This could potentially be one of the most significant global growth opportunities for the next decade,” says Constellation’s CEO Rob Sands.

“As more countries around the world start to legalize marijuana,” CNNMoney says, “Constellation may be able to launch… cannabis-based alcoholic beverages.”

By the way, on news of Constellation’s $4 billion-dollar investment in Canopy, the cannabis company’s stock — a Penny Pot Profits holding — surged 25%; conversely, Constellation’s shares fell off by 6%.

“One of the many tax law changes with the recent Tax Cuts and Jobs Act that many… did not initially catch is the significant changes in the so called ‘kiddie tax,’” says an article at the (Ohio) News-Herald.

The “kiddie tax” traces back to the Tax Reform Act of 1986. It was an attempt to close a loophole that allowed high-tax-bracket parents to shift investment income to their lower-taxed dependent children.

Over the years, the law’s gone through several iterations; the latest covers children “up to age 18 and extends to dependents age 23 if they are full-time students.”

Here’s the good news: The new tax code makes it easier to calculate the kiddie tax.

And… the good news pretty much ends there.

Before, all unearned income in a child’s name — from mutual funds, stocks, dividends, etc.— above $2,100 was taxed at the parents’ highest income tax rate.

No longer. “Under the new laws enacted for 2018–2025, the parents’ tax situation and tax rates no longer apply.”

Instead, investment income greater than $2,100 per year will be taxed as follows:

“These tax changes increase the need for planning,” says The Times-Herald, “especially when it comes to saving for college.

“If you were planning on using accounts that are in the child’s name, you need to pay careful attention to the amount of unearned income to avoid paying the 35% or 37% rates.”

“In contrast,” Nilus says, “a married couple filing jointly would need an income above a whopping $600,000 to pay that rate.

“Moderate-income families in lower brackets could feel the biggest impact by this change since a child could easily pay a higher rate than the parents.”

“Getting around the kiddie tax can be a challenge,” Nilus says. “But there are other options worth considering that can save a bundle in taxes down the road.”

Parents — or grandparents — can “convert their traditional IRAs to Roths and name a grandchild the beneficiary.”

Of course, benefactors would have to pay taxes on the amount going into the Roth IRA, but

“with a little planning,” Nilus says, “it’d most likely be at a lower rate than the child would pay under the kiddie tax.”

And distributions from the Roth would be tax-exempt.

Designed to encourage saving for future education expenses, these plans are “sponsored by states, state agencies or educational institutions and are authorized by Section 529 of the Internal Revenue Code.

“An UGMA or UTMA (named for the Uniform Gifts to Minors and Uniform Transfers to Minors acts) is a custodial account that allows you to give money to a minor while maintaining control over the money until the child reaches the age of majority,” says Nilus.

Last — and this is controversial — if a minor already has a sizeable IRA (not a Roth) in his name, Nilus says, “Have [him] borrow as much as possible for college.”

“After they graduate or turn 24 they… repay the loans with withdrawals from the IRA,” he says.

“The withdrawals would be taxable, but at the child’s rate rather than the higher kiddie tax rates.”

Billionaires are going to have to find somewhere else to wait out the zombie apocalypse….

“New Zealand has passed legislation curbing foreigners’ ability to buy residential property in a bid to rein in the South Pacific nation’s booming housing prices,” says an article at The Business Times. 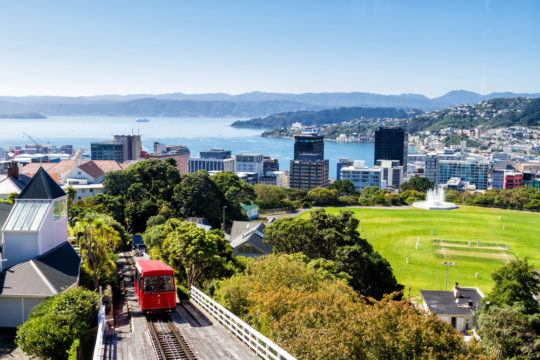 Farewell, safe haven of the rich and famous!

“A government report earlier this year found house prices had risen 30% in the past five years, outstripping income increases by 2-to-1, rising to 4-to-1 in the country’s largest city, Auckland.

“The new restrictions mean an almost complete ban on nonnationals buying residential property in New Zealand,” continues the article, “with only a couple of exemptions.”

Australians — the second-most common foreign buyers after Chinese — will be exempt due to free trade agreements; Singaporeans will also be free to snap up real estate in the country way down under.

“We don’t believe that banning foreign buyers from purchasing property in New Zealand is going to have any impact on house prices,” she says, “nor will it help young people into their first homes.”

Her opinion as a real estate professional might be a little skewed, considering fat commissions would certainly dry up if the millionaire —er, billionaire — set can no longer make New Zealand their personal panic room.

Alas, we’re sure they’ll find a way. How hard’s it to get New Zealand citizenship these days?

P.S. Tim’s reserved 250 spots for his Weekend Trader’s VIP list today; get on his list and you could be receiving trade alerts as early as Friday.

Then simply enter one recommended trade, relax over the weekend and claim any profits come Monday.​