A Fistful Of Dollars

“You, me…we own this country. Politicians are employees of ours… And when somebody does not do the job, we got to let them go.”

We are living through a great and global inflation. It’s not ironic, really, that we’re also on the hundred year anniversary of the great inflation that followed the first world war. The economy ebbs and flows. And since 1971, nothing has really tethered the U.S. dollar, the world’s global currency, except the “full faith and credit” of the U.S. government.

Yep, we got hoodwinked. We’re beginning to revisit some of our axioms. Let’s begin with, what happens when “full faith and credit” are called into question? With all the political bickering, we’re about to find out.

We feel pain at the pump and we grimace at the price of a carton of eggs. Mortgages and home equity loans are starting to make people question their past financial decisions.

The great inflation explains why the Federal Reserve – the nation’s top dog on all things money– is raising interest rates more aggressively than they have in half a century. And why if you want to pay tuition or buy a car, you are forced to take out loans that are more and more expensive. Most people just take out the loan, make the big purchase and buy, and deal with the consequences. The real question is: How long will American consumers, like you, be able to sustain an ever-rising cost of living before you can no longer take it? And what does “not taking it anymore” really look like? We’ve been asking these questions since 2004.

Historians will look back and say this inflationary period between 2020-2023 was on par with “The Great Inflation” of the 1970s. This period may even take the title.

We don’t write for economists. Nor do we write for historians. Twenty years ago we began a project we called The Demise of the Dollar as a way to describe what is happening to the money in your wallet. And what impact is happening to everyday Americans. As a writer, I’m a witness. But I also have a family. The Demise of the Dollar is a real event that is affecting all of us.

In old “Spaghetti Western” films– so named because the films were made in Italy because it was cheaper to make them in Italy than in Hollywood– tales are told of men and women struggling in the American West of the United States to stay alive and maintain their freedoms. They had no money. They could only solve their problems using violence. 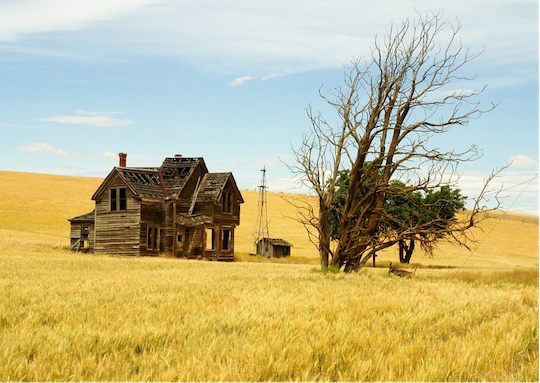 Today, wealth and prosperity has raised the standard of living far beyond those images of Clint Eastwood squinting at the old Mexican bandito across from him, quick to draw, quick to kill. Little remorse. Ashamed of what they have to do for a fistful of dollars. The tale of the American dollar is as old as the country itself. The modern details are not more complicated, except now we use computers instead of paper, and words instead of guns (most of the time). Today the bandits wear silk ties and look out over the Hudson River from their fortieth floor suites.

There was a time when money was based on something real. People were willing to kill over it. Now, the dollar is worth less… or worthless. The demise of the dollar, in its simplest terms, is when the dollar means less and less over time. You might shake your fistful of dollars in anger at “the powers that be,” that is if you even have enough bucks to muster. Our goal in this book is to help you understand what’s happening behind the scenes so you don’t have to shake your fist at all… you just have to make good decisions based on your understanding of how the dollar works today.

In fact, with all the division and derision spun in the media– on the television and on social media– the root cause of inflation is lost in the blender of political rhetoric. In turn, your ability to earn a living and how you take care of your family is as difficult as it has been in a half century.

P.S. A computer programmer might ask, “Is the American dollar more of a feature or a bug?” Unfortunately, for the money in your wallet, the U.S. dollar comes fully packaged with both. It is a feature that the U.S. dollar is the reserve currency of the world. This means that everybody in the global economic system uses dollars for international trade and exchange.

The US dollar has been the global reserve currency since the end of the Second World War. When an oilman in Oslo, Norway wants to ship his crude across the Atlantic to Rio de Janeiro, Brazil, the product is priced in dollars. That’s the feature: the dollar is useful for international trade. As our friend Jim Rickards said in our last Wiggin Session the dollar also comes equipped with a bug.

When the international system gets out of whack, inflation sets in and the prices rise for gas, chicken, cereal, clothes, shoes, toys– you name it. The American consumer is directly affected by international markets even if they don’t know it.

This week in The Wiggin Sessions, we’ll be updating some of the themes we’ve discovered while updating our best-selling book of the same name, The Demise of the Dollar. Enjoy. And send your thoughts here.