A Tiger By The Tail

An age-old debate. A modern dilemma.

“If the current level of output and employment is made to depend on inflation,” wrote the economist Friederick von Hayek, “a slowing-down in the pace of inflation will produce recessionary symptoms.”

“Moreover,” Hayek continues, “As the economy becomes adjusted to a particular rate of inflation, the rate must itself be continuously increased if symptoms of a depression are to be avoided: to inflate is to have ‘a tiger by the tail’.” 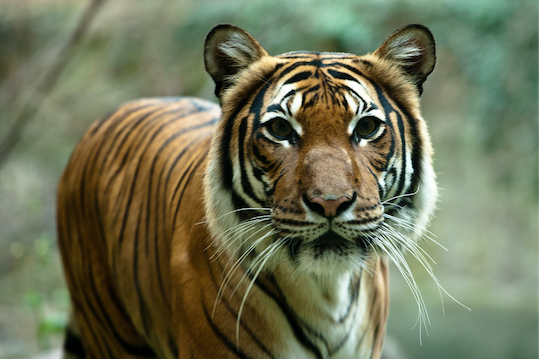 Hayek was writing in the 1930s while the world faced a Great Depression, widespread deflation of asset prices.

For years following the Panic of 2008, the Fed under the spell of chairpersons Bernanke and Yellen vowed not to allow a Great Depression redux. Low to negative rates were perceived to be, and accepted as, necessary to keep the economy from falling into an extended period of low growth and declining prices for goods and services.

Each of the Fed’s governors in their own way favored the beast they knew – inflation – over the beast they didn’t. We remember writing during Bernanke’s sentence as Fed chair that no one alive had faced a deflation of the magnitude last seen some 80 years before. Bernanke himself had only written a thesis on what mistakes the Fed made following the stock market bust in 1929.

Eeny meeny miny moe! “Inflation it will be!” the Fed sang in unison during the Panic of 2008. And carried that tune for a decade.

Then, President Trump asked Jay Powell to become Fed chair. When he accepted he could not have known he was grabbing the tiger’s tail with both fists. What a cat it has turned out to be. Since the government lockdowns of the economy, the treasury and Fed have combined to dump over $11 trillion of dollars into the economy.

Powell’s comments on Wednesday suggest the Fed will not back down from their commitment to continue raising rates to tame the beast.

What’s concerning us this week is the absolute disconnect between Fed policy, the markets and what Nomi Prins refers to as the “real economy”. (You can watch the full Session with Nomi by clicking here.) Hayek made the same observation some 90 years ago:

We are doing nothing less than this if we try to establish direct causal connections between the total quantity of money, the general level of all prices and, perhaps, also the total amount of production.

That’s a wonky way of saying, “for all the statements the Fed and Treasury make, there’s a giant disconnect between theory and the prices people pay for food and energy.”

It’s also a way of saying when you have to make a choice between food and heat, you don’t give a rat’s patooty about the models economists-in-residence are following. The disconnect is created mainly by a fundamental misunderstanding in the way we actually track what happens in the economy.

When Powell raises rates in hopes of squashing consumer demand to attack the “general level of all prices,” the effect is what Christopher Leonard would call a “nuking of the economy.”

If Powell styles himself a born-again Volcker, he who last had his grips on the tiger’s tail, “growth recession” and stagflation are still part of the plan. Even the “buy-the-dip” crowd are steering clear of this mess.

Plus ça change, plus c’est la même chose. If we spoke Austrian, we’d probably hear those words from Hayek’s mouth, too, albeit more guttural.

P.S. The price of gas is one major data point facing consumers in the “Real Economy.” Recently, they’ve backed off enough where we’ve even said to ourselves; “Oh look, gas is only $3.78 a gallon. Yes!”

Jim Rickards offers an explanation for the recent drop:

The last release of reserves is scheduled for late October, which, incidentally, is just before the November 8 elections. What’s worse is that the reserve will have to be refilled at much higher prices. A lot of the oil in the reserve was purchased when oil was about $40.

Today, oil is $85 and may be over $100 when Biden starts replenishing the reserve. Unfortunately, we’re witnessing a political scam and a threat to national security. But it’s all about the midterms.”

For more on what to expect following the midterms check out the piece from one of our favorite sponsors below.