“At Last, A Better Economic Measure”

I have always thought Mark Skousen had a knack for titles. One of my favorites we discussed yesterday, A Viennese Waltz Down Wall Street. That’s a good one.

In his more sobering book, The Structure of Production, the doctor introduces the idea of gross output (GO) as an essential macroeconomic tool. Today, we’re going to pull back the curtain a little and take a look.

Gross Output gives us a better look at what’s happening in the economy than what most of the financial media repeats ad nauseam.

“At last, a better economic measure,” Skousen was lauded in a piece Wall Street Journal. The Bureau of Economic Analysis (BEA) too was quick to pick up on his lapidary genius. Since April 2014 the BEA has included Skousen’s GO numbers in their quarterly analysis of the American economy.

“Gross output is an attempt to measure what the BEA calls the ‘make’ economy,” Skousen explains. “The total sales from the production of raw materials through intermediate producers to final wholesale and retail trade.”

“It offers a more complete picture of the macro economy,” he continues. He asserts that gross output should be the starting point of national income accounting, not a buried afterthought.

With inflation, recession and Fed policy on the lips of every financial journalist these days, macro is no doubt “in play.” What the journalists are failing to do is think about the economy as a whole. Maybe they’re lazy. Maybe they don’t understand economics at all.

GDP measures final output only. It’s only the finished products. The hat I’m wearing, the glasses you’re wearing, things that you buy as a consumer or as a business or as a government. That’s GDP. And it’s about $22-23 trillion dollars.

In many ways, gross output is a supply-side statistic, a measure of the production side of the economy. GDP, on the other hand, measures the “use” economy, the value of all “final” or finished goods and services used by consumers, business and government.

By only tracking GDP, journalists and policy makers are operating on a “misguided Keynesian notion that consumer and government spending drive the economy,” rather than saving, business investment, technology and entrepreneurship.”

If you’ve been following along with The Wiggin Sessions, you know we call this anomaly “fictitious capitalism.” Like companies that prop up their own stocks by using their capital to buy back shares, measuring the economy by GDP only gives you what you want to see. Not what you can’t.

Tracking Gross Output (GO), on the other hand, accounts for “saving, business investment, technology and entrepreneurship”– the real drivers of economic activity.

Today, we might look at the 11,000 employees laid-off by Facebook’s parent company, Meta and, using GO as a measure, see what one Meta whistleblower claims from the inside: “I just can’t think in the last five years of a successful Meta app or feature that wasn’t acquired. It seemed like we were doing all these things that went nowhere.” 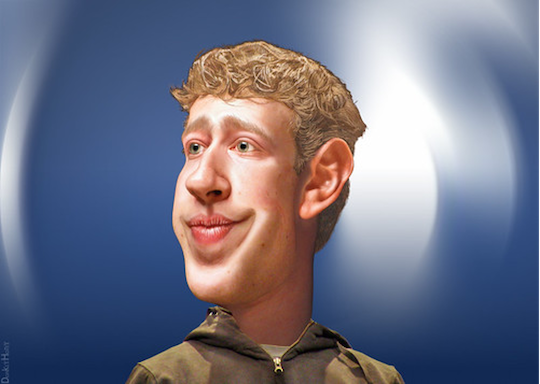 Is Zuckerberg the king of “fictitious capitalism?” (Source: DonkeyHotey)

“They have overhired and are trying a lot of different things,” echoes Bill George, a professor at Harvard Business School.

The tech space is a mess if you’re only looking at earnings… and GDP as a measure of tech’s finished products. If there’s no investment in new apps or research, it would show in the GO numbers.

That can be said, too, of all the hand-wringing mainstream journalists are doing around this year’s recession worries. Skousen:

It’s really an anomaly. Usually the GO and GDP move together, not by the same amount, but they tend to move together. This time, they’re moving in opposite directions. And I think the reason is because the free market works and free enterprise finds solutions to supply chain shortages. It’s gradual, but the fact that it’s happening suggests that business spending is doing much better than consumer spending. And the problem is gradually going away.

In the last two quarters, GDP has declined. Theoretically we’re in a recession, a mild recession at best. But GO continues to grow. That means the supply chain is very vibrant. Business spending is continuing to grow.

And yet, it’s the GDP numbers that are among factors driving Fed policy right now. The Fed’s trying to control an inflationary number that only measures consumer spending.

For the record, the inflation number the Fed– and everyone else– does track dropped to 7.7% in October, compared year-over-year with October of 2021.

Since, inflation was 8.8% in September, you can expect to see many headlines claiming that inflation has “dropped” by more than 1%. Heh. That’ll confound everyone even more than the midterm election results.

Maybe we will have to wait until something really breaks before we use “a better economic measure.”

P.S. You can watch the full Episode 81 with Dr Mark Skousen on YouTube here. You’ll want to hear him discuss Gross Output (GO) but also his plans for FreedomFest in Memphis, Tennessee next year.