“Reason has always existed, but not always in a reasonable form.”

“Pardon my swear word here,” says crypto wunderkind Aleks Svetski in this week’s Session, “but you have to eat sh*t first before you eat caviar. Right? There’s a process to these things.”

Svetski and Mark Moss (host of The Mark Moss Show on iHeartRadio) talk their book, The Uncommunist Manifesto, this week on The Wiggin Sessions: 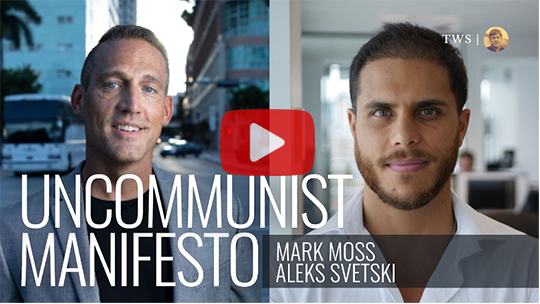 These young guns have a penchant for vulgarity. They like to speak bluntly, straight to the point. No BS.

Their book: an uppercut to Karl Marx’s nervous syllogisms.

They claim Marx’s ideas about money, production, and the value of the independent economic actor are fundamentally flawed.

And Svetski and Moss sure chose a wiley opponent. After all, name a more contentious duo than Karl Marx and Freidrich Engels in the annals of economic theory.

So I get their bluntness. Svetski continues:

Marx was just in the middle of the eating phase, and he just looked around and his solution to this was to project his own kind of vitriol, jealousy and envy onto the process and said, “No, no, no, no, because I can’t make money and be rich like this capitalist over here, then this system is unfair. It should come under my control.

It’s like, no one asked you, man, go away, leave us alone. These do-gooders have to impose themselves: ‘I’m here, Captain Fantastic, to save everyone.” And it’s like, well, no one called you. Go away, please. It’s like they have no personal validation… they must find validation from imposing their ideas on others.

It’s certainly a new way of discussing classical economics. I myself have never thought of the economy in terms of feces and fine dining.

But sooner or later these ideas – which have made their Gramscian Long March through our education systems long enough – have to be updated to our modern lexicon.

And that means, for now: “You have to eat sh*t first before you eat caviar.”

P.S. From an old friend of mine, Chris Mayer, on Twitter: 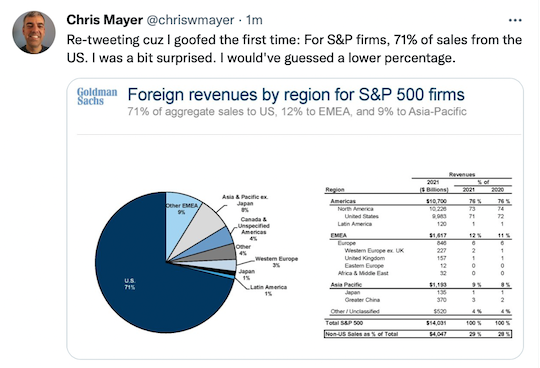