Big Bout at the Blue Lagoon

“A bad rower blames his oars.”

It’s the match-up of the century.

Out with the old, bring in the new.

Honestly, it sucks, and I’m tired of hearing about all these new technologies, new promises. New pitfalls.

But many see the climate debacle as the biggest crisis of our time.

And where everyone is looking, the money is flowing. We’d be mistaken not to pay attention.

From Katusa’s Session this week:

Last week was the World Nuclear Fuels Market. I gave the keynote in 2015. I didn’t go last week because I was underground at a big mine we just purchased. But the vibe on uranium right now, it’s all geopolitical. From the producers to the nuclear reactors, everyone’s trying to secure a long term supply from a stable source. What is the definition of a stable source?

Call it greenwashing or The Green New Deal. The Davos Crowd’s geopolitical agenda. Whatever.

Whether you like it or not, a tsunami of government cash is headed towards greener pastures.

And here’s a paparazzi pic of him at the beach: 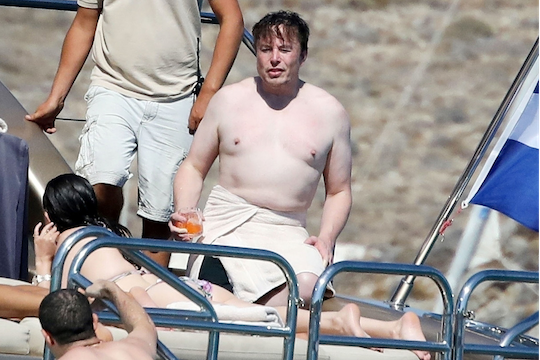 While he’s soaking up some rays on his yacht in Mykonos, other investors, like Katusa – who some call “the Alligator” – are looking North to colder solutions.

At the Paris Climate Convention in 2015, an agreement was struck between Iceland and the UK that will link Icelandic geothermal power to the UK grid.

This 1000 km, $4.5 billion subsea cable will provide 1.2 Gigawatts of electricity, which is enough to power two million British households.

And Katusa’s all over it. He flew to Iceland, did the on-the-ground research. He waded in the Blue Lagoon, the world’s most famous geothermal spa. 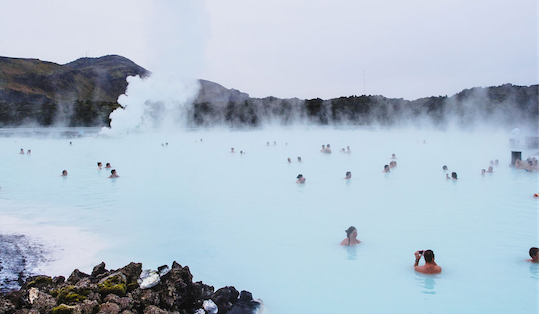 This energy is literally boiling to the surface from the Earth’s magma core. Someone’s just got to harness it.

The Alligator is doing the right stuff, getting in the right position to ride this ESG-Greenwashing wave.

And we’re right there with him.

P.S. My family also took a trip to Iceland to wade in the Blue Lagoon. As tourists, not investors. 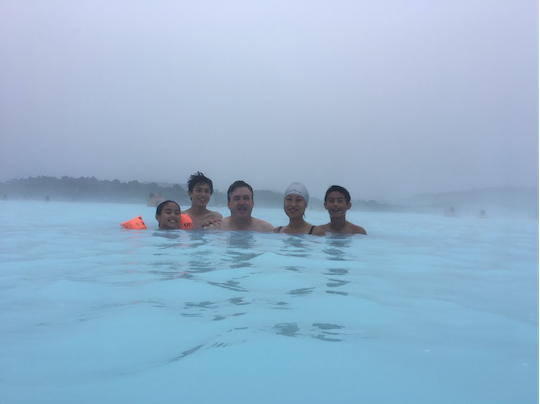 There’s a wet bar in the lagoon. You can swim up and get a beer if you want. I don’t drink beer. Marin tells me however, that the two taps at the wet bar sell more beer than the rest of Iceland combined. I believe it.