“Roughly 29% of these stocks… don’t turn a profit. Seriously. Not a penny of profits. 1,941 companies have negative gross margins.”

What happens now, when these unprofitable companies have to pay up an additional 75 basis points on all their new debt moving forward?

“The answer is a significantly negative impact on their balance sheets.” Or, to put it more bluntly, these companies are in the tanker.

Further, the United States has officially entered a recession, as this chart from Statista.com reveals: 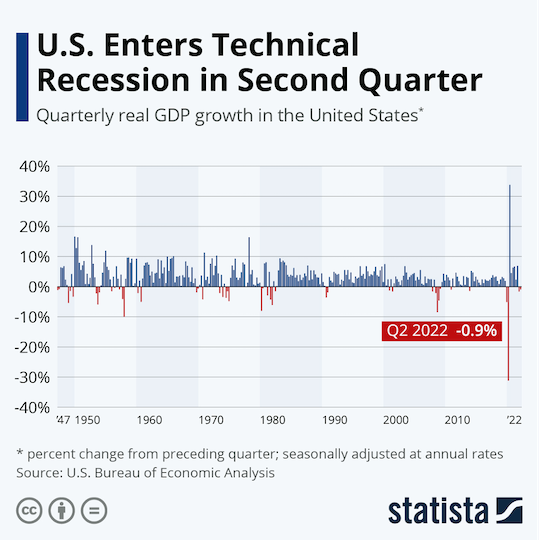 In a special report for Countdown to Crisis, published this morning, Jim Rickards explains why the market jumped on the Fed’s announcement yesterday.

“Hedge funds, investment banks and high-frequency traders all want to react within nanoseconds of the Fed’s announcement. To do this they use robots and algorithms.”

The robots need models. Developers build in the models. The robots take over from there. Rickards again:

The prevailing narrative goes like this: The Fed was raising rates aggressively to beat inflation. Still, signs of recession are everywhere. If a recession hits hard, inflation will cool off on its own. This means the Fed won’t have to raise as much in the future and may even “pivot” to rate cuts by early next year.

As you can probably imagine, Mr. Rickards believes the recession will be long and deep. We’ll experience protracted inflation and a now confirmed recession at the same time.

“It’s important to keep in mind,” Jim cautions, “while we may even see some ‘bear market rallies’ like we did yesterday, as investors we simply must plan on seeing a broader, deeper fall in the market. Don’t be fooled by the mainstream coverage, the “buy the dips” narrative, or anyone trying to call a bottom. It’s time to be cautious as this market pattern unfolds.”

P.S. Can’t help but notice that on the same day as the Fed rate hike, Mega Millions, the 25-state lottery, crossed over an ostentatious $1 billion dollars. Yes, a billion.

The higher the payout, the more people buy tickets. So, we may see this one beat its current record of $1.537 Billion. When I googled for more information… the results showed 155 million search results in the prior 55 seconds. 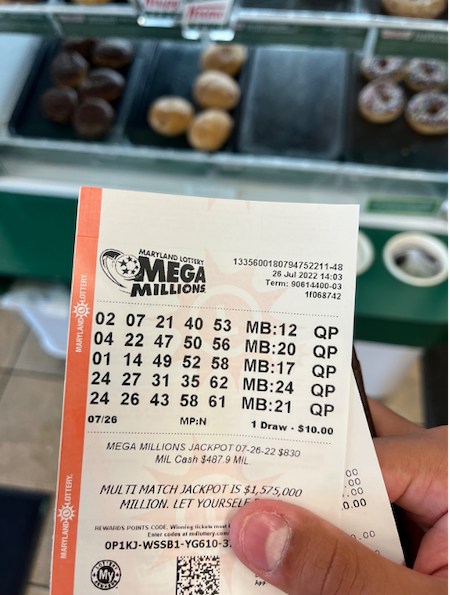