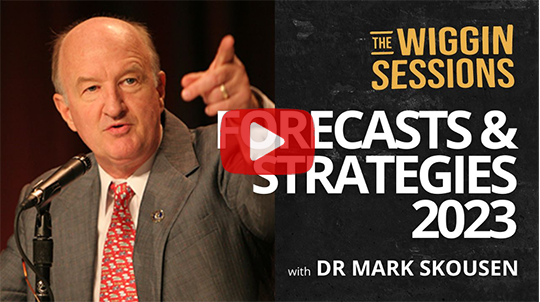 All things serendipitous, I got this email from Mark last night. “We’re now back home in Florida. Any update on when our interview will air?”

And he responded with an anecdote:

Jo Ann and I got back last night from our short 3-day trip to New York, the first visit in over 2 years after selling our house.We saw two musicals, “The Music Man” and “Neil Diamond, A Beautiful Noise.” Hugh Jackman and Sutton Foster were great. Seeing it reminded us of our own performance of the Music Man in the Bahamas nearly 40 years ago; and the Neil Diamond performance was electric, with a great story line– and without all the profanity found in “Jersey Boys.” Highly recommended.

The highlight on Friday was a short conversation with the world’s richest man, Elon Musk, at the Baron Investment Conference in New York City. Before asking Elon a question, I quoted Seneca, “There is no genius without a touch of madness,” to which Elon responded “I like the madness part!” Then I asked about Tesla.

I show up twice: around 7 seconds into the clip, a picture of me in the audience, wearing my signature hat; then my question to Mr. Musk starts at around 52-53 minutes into the interview. My question and his response last about 3 minutes. I was only one of two people out of nearly 5,000 people in the audience who got to ask Elon a question. It was like winning the lottery, although I did not win either one of the two free Tesla cars given away after Elon spoke. So it must have been my hat trick! 🙂

I’m hoping to get Musk to speak at FreedomFest, but obviously it’s a long shot. He must be getting invitations right and left.

On Saturday, we went to SIX restaurants in mid-Manhattan to find a diner for breakfast. I kid you not. In one diner, we were there for 45 minutes and the one waitress never did come to our table. I felt sorry for her. We finally found a deli to have breakfast. So not everything is back to normal in New York – except the noise, graffiti, litter, traffic, potholes, high-priced hotels, and crime.

We did enjoy the new Delta lounge at the refurbished LaGuardia Airport– it was like a full restaurant service!

Mark and I have been colleagues for a long time; he is among the closest people to a living Milton Friedman as you can get.

In this Session we talk about:

You can watch this week’s Session in full, here.

P.S. A little fun for the week to start: A photo of a Bitcoin ATM sent to me by my son Henry in Orange County, California. They have ‘em here and there in Maryland. One I saw recently was in a Royal Farms… right next to the Powerball ticket dispenser. Hmn.