Retirement is no hummock.

Money. You need it. Even if you don’t care about it that much. Today, we’re going to talk about maturity as it pertains to money.

Maturity, when it comes to investing, is the time-value of money. Investopedia defines a stock’s maturity as: “the last date that it can be exercised to be purchased at the underlying stock at the strike price.”

This week’s theme is art. Picasso paints a distorted face. The day he paints it, the only value it has is the canvas and the paint he bought to scratch into it. 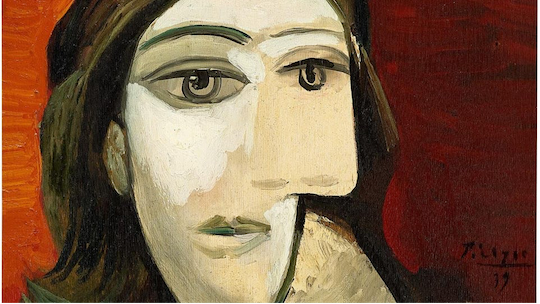 Something else happens. Buyers want it. Then others covet it. Strange. Art has no intrinsic value at all. Except in the buyer’s perception; then someone is willing to pay for it in dollars.

We are reminded of Gale Pooley’s “time-value” of pricing. It doesn’t really relate to art. Unless, you’re the guy who wants to spend the money you earned on a particular piece of art.

As the buyer, you determine the value. You could flip a house in downtown Baltimore if you wanted to, also. A bet on a company with bad fundamentals but popular appeal could work for you. Crypto coins may have worked, too.

The Dow ended the day yesterday up 56 points. The S&P 500 almost a percentage point. Tech continued its rebound as the Nasdaq gained a point and a half.

We can attribute most of the stock market gains to the idea that traders believe the Fed is doing its job and curtailing inflation. But at 7.7% in October, is that really curtailing anything? The narrative is inflation has peaked, and the Fed will take a chill pill – at least to .50% rate hikes – on interest rates come their next meeting and press release.

“Is it time to ‘buy the f*cking dip?’” Joel Bowman chided at Bonner Private Research over the weekend.

We would be remiss to take these signals– two days of good data, after months of squalor and writhing– as an all-in. Today’s theme: Get rich slow ly.

From our Session this week with former Goldman analyst turned New York fine art dealer Allen Sukholitsky… he talks about foresight as a weapon when investing in the future:

Kudos to the Masterworks team for thinking through this; to launch a secondary market for the assets that you’re offering investors to invest in, to think about doing that at the same time that you’re making those assets available– I personally think that took a whole lot of foresight.

The benefit of a secondary market is that it has been operating for several years; we tell our investors that when you invest in art you should expect the holding period for any painting you invest in to be, let’s call it three to seven years or, on average, four to five. There are times when it can be considerably shorter than that…

The secondary market, also called the aftermarket and follow-on public offering, is the financial market in which previously issued financial instruments such as stock, bonds, options, and futures are bought and sold. The initial sale of the security by the issuer to a purchaser, who pays proceeds to the issuer, is the primary market.

All sales after the initial sale of the security are sales in the secondary market.

Let’s just say the paintings, after being painted, have time to mature… that is, their prices have cooled, and are now being traded not on their initial public hype, but on their genuine perceived value.

Yep. We’ll sell the painting to any of the hundreds of intermediaries, collectors, and sort of generally art-oriented individuals around the world. We might do it at auction too, but that’s not our first route in terms of selling paintings. And ultimately we return the proceeds and profits back to investors.

We’ve done that now several times. I think we’ve sold about seven or eight paintings. The performance, frankly, for all of our sold paintings has been quite stellar. The average was a net return of almost 30%.

You might ask someone, ‘Do you think about art the same way you think about stocks and bonds, commodities, or anything else?’ And they’ll probably look at you like you have several heads because nobody thinks of art that way. And so by definition, the art market has not been behaving like any other financial instruments. And for us to be the only institution operating purely from an investment perspective in a $2 trillion dollar asset class that almost nobody else in that market operates in… we think that gives us quite a bit of an ability to generate alpha for our investors.

You can watch the full interview with Allen Sukholitsky here.

P.S. In 2016, we wrote “the worst thing Donald Trump has done” is make people pay attention to politics again. It used to be fun to quote PJ O’Rourke and say stuff like “why vote, don’t encourage the bastards.” It’s not so fun anymore. Most readers don’t get it.

I also feel disengaged when I’m wearing my red hat that says “es lo que es” on it. ‘Es lo que es’ means “it is what it is” in Spanish. Somehow, we’ve gotten beyond the farce politics in the country have become. I paid to have these hats made… can’t I have a little fun? 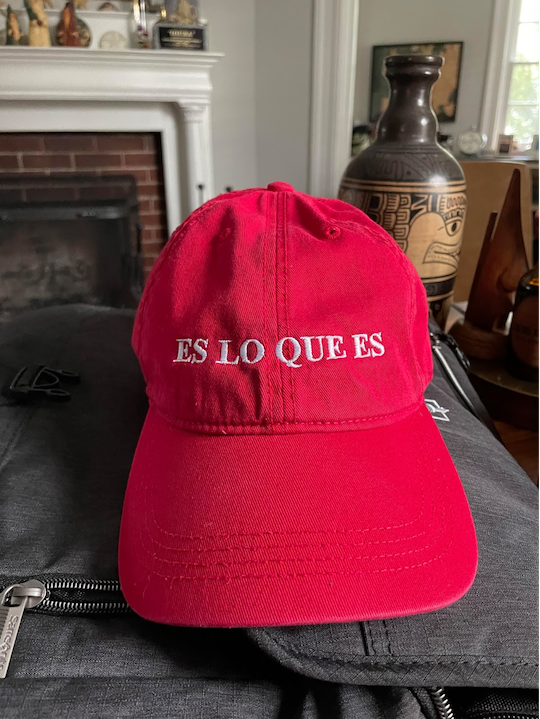 Oh yeah, Donald Trump announced he’s running again for the POTUS spot. You can tell me what you think about that here.