Inflation Psychology and The Real Motive for War In Ukraine

“ I do not think it is an exaggeration to say history is largely a history of inflation, usually inflations engineered by governments for the gain of governments.”

We begin the week with a warning and a question.

First, a quick look behind the curtain at The Wiggin Sessions. As you know, when the pandemic locked everyone down, I stayed in touch with the editors, publishers, writers and authors – a network I had built over nearly two decades as a financial publisher. Like everyone else, all these meetings were held via zoom. Many of them were recorded.

The lockdowns dragged on.

One Friday night, on the rare occasion we were in the offices downtown, we got stranded because of a tornado warning… also a rare occasion in Baltimore City. What’s a writer to do during such a rare occasion? A colleague and I popped open a bottle of wine and started scribbling ideas on a whiteboard. “Why not share these zoom videos with a wider audience?” we asked ourselves… boom! The Wiggin Sessions were born.

Admittedly, it wasn’t all that dramatic at first. Although in some of those early sessions, you could have gotten a decent glimpse of my kitchen. Not long after, I retreated to a corner of my basement and assembled a makeshift studio. 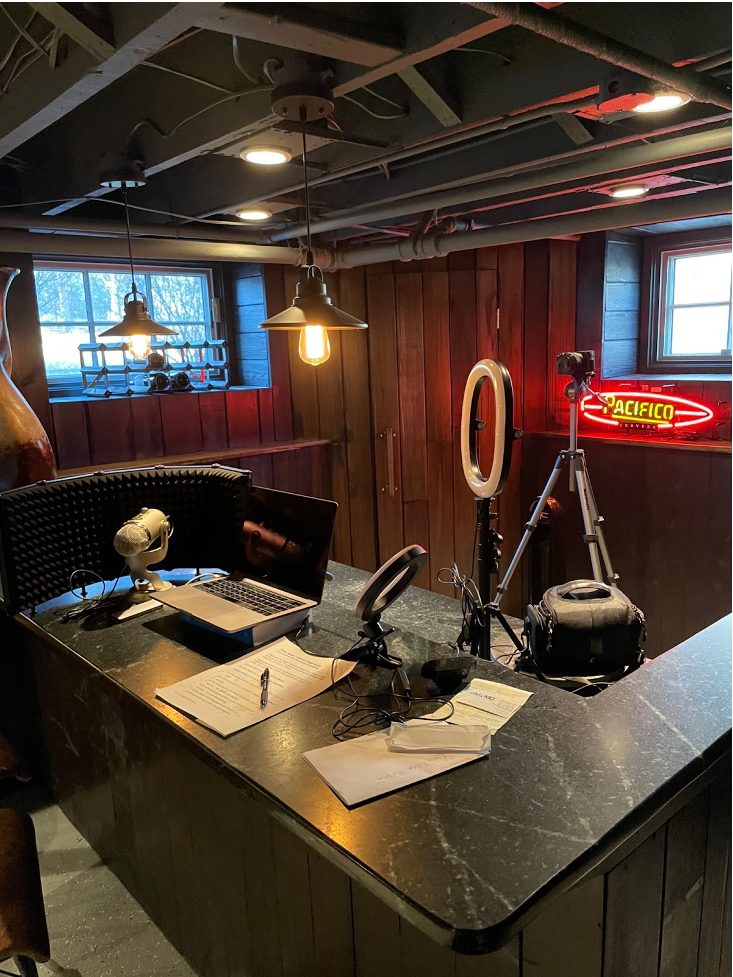 Then, like a pig rooting for truffles, we started to venture further into the forest of internet memes and stick our snout deeper into the news cycle. Pardon the zoomorphic description.

We’ve now hosted nearly one hundred of these interviews… and as you know have recently started posting them on YouTube and stripping the audio for a podcast. This week is officially episode #53 of The Wiggin Sessions.

To celebrate, this morning, I printed out (yes, printed) an essay called “On Interviews… and learning the meaning of generosity through conversation.” In other words, I just decided this morning I had better know how to do this properly if I’m not going to waste your time.

Okay, I just had to get that off my chest. Wish me luck, as I wish you as well, moving forward.

On to today’s warning and today’s question.

Last week, as you’re also likely aware, we chose to tackle the Fed’s ability to “nuke the economy” by simply “normalizing” interest rates to historical levels. We also looked at the myriad ways in which the U.S., Nato and the West have “poked the bear” in Eastern Europe for 30 years since the Warsaw Pact disabled itself in December 1991.

Our warning regards inflation and is simply this: beware “inflation psychology”. The phenomenon is summarized in the the Hustle like this:

The last great inflationary cycle we experienced in the U.S. was back in the 1970s – more precisely it began during the Great Society spending spree of the Johnson administration in 1965. And didn’t end until the much ballyhooed Fed Chair Paul Volcker hiked interest rates up in the 20% range 16 years later.

“The deeper inflationary psychology takes hold,” the Hustle surmises, “the harder it is to shake off and the longer the cycle continues.”

Root causes of our current our current inflationary psychosis as we’ve been wont to express here in these missives: supply chain disruptions (courtesy pandemic lockdowns among other things); higher than expected demand (goosed by federal gimmie/stimmie checks and historically significant, and radically experimental, zero-to-negative interest rates); and for the trifecta an “unexpected” invasion of Ukraine by its larger Eastern cousin.

Okay, let’s file away this inflation psychosis idea for later this week when we discuss the world’s first global “social media war” and “network swarm” with Global Guerilla, John Robb.

As for today’s question, here goes: How is it that while Ukraine’s president, Vlodimir Zalenskyy, has been around the world in 46 six days (via zoom) begging for sanctions against the Russians, the Ukrainian state energy corporation, Naftogaz, has continue to pocket billions in transport fees from Russian gas passing through their pipelines en route to Germany? 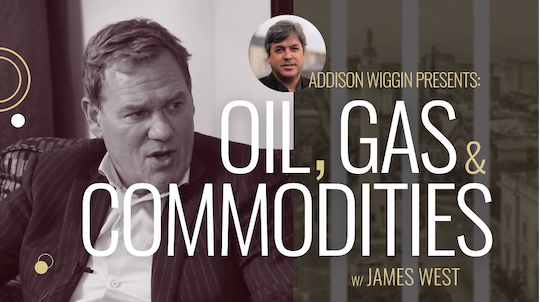 Why is the CRB Index screaming “imminent financial mayhem”? Listen to our Wiggin Sessions interview with James West, here.

We will take up this very question tomorrow.

And inquire with today’s Wiggin Sessions guest, James West of the Midas Letter, if not Nazi’s or Nato, what is the real Russian motivation for invading the Ukraine?

P.S. Spoiler alert: The answer involves a trillion plus cubic meters of natural gas off the coast of Odessa in the Black Sea. An area once remembered by Vladimir Putin fondly as the international waters of the USSR.

We’ll have more from James West tomorrow… or click on the image above for our full discussion on commodities, inflation, oil and gas, the war and more.