“Don’t taunt an alligator until after you’ve crossed the creek.”

An alligator floats at the surface and bides its time. Waits and waits.

Then lurches forward all at once.

From a reader, Bill:

If one invested in .com when it got started and dropped out at the top, one made a lot of money.

If one invested in mortgage-backed securities when they got started and dropped out at the top, one made a lot of money. That money could be reinvested in those legitimate companies that were building houses and REITs.

If one invests in ESG activities now and drops out at the top, one can expect to make a lot of money. That money can then be reinvested in those companies that address the legitimate issues that were initially raised.

Reader Bill has an idea. It’s different from a simple emulumont. In a recession, stocks will go down. Uneccesarily. They still have their underlying or intrinsic value. Then you wait. Wait until the price is right. Pounce.

This is one way to boost your investments. Buy low. Sell high.

The key to the “Way of the Alligator,” according to Katusa, is not in the pounce though.

It’s in the wait.

“What I find so amazing about alligators,” Katusa says on his Session. “They’re probably one of the best apex predators on the planet and their ability to survive and evolve… but they can go two years without eating something.”

“They can control their metabolism,” Katusa continues, “I take that analogy for investors and speculators to say, ‘You don’t always need to be doing something.’” 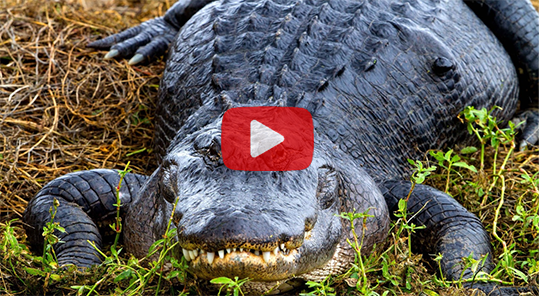 “You don’t always need to be doing something to be an apex predator.”
– Marin Katusa. Click on the alligator for more.

“Now, make sure you’re doing your research and working hard,” Katusa continues, “but you can buy incredible value on de-risked producing assets.”

That’s where we come in. The Wiggin Sessions, on the other shore, taunting cause we already crossed the creek.

Remember, “You’re like an alligator. When a fund gets redeemed and blows up, they’re going to have to sell all their stocks. Buy when everyone’s painful and sell when everybody’s cocky at cocktail parties.”