Unpacking the Hypocrisy in Glasgow

“No man for any considerable period can wear one face to himself, and another to the multitude, without finally getting bewildered as to which may be the true.”

The Glasgow Financial Alliance for Net Zero (GFANZ) was formed in April 2021 with the goal of raising enough money to end greenhouse gas emissions by 2050.

Yesterday, GFANZ co-founder Mark Carney announced that it had secured $130 trillion in capital commitments. “We now have the essential plumbing in place to move climate change from the fringes to the forefront of finance,” Mr. Carney said, “so that every financial decision takes climate change into account.”

Um, what? Does “every financial decision” include things like buying a house… starting a business… sending your kids to college?

Mr. Carney would probably answer in the affirmative. He has a long history of butting into people’s personal affairs.

As Jim Rickards pointed out in May, Mr. Carney ran the Bank of Canada — our Northern neighbor’s version of the Federal Reserve — from 2008 until 2013. Then he crossed the pond to become the Governor of the Bank of England, where he served until 2020. 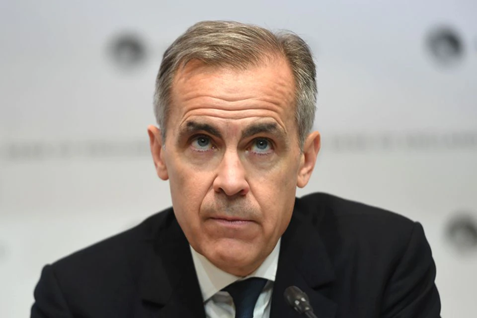 Those stints firmly established Carney as a member of the “Davos crowd” — the elite who control the world’s money and make sure it goes wherever suits their agenda. Saving this old ball we live on from ourselves? Meh. We’re not confident that’s an issue for him.

As we noted yesterday, the private planes being used to fly delegates in and out of Scotland are putting out more carbon dioxide in the air than 1,600 Scots produce in a year.

In Monday’s Daily Reckoning, our Brian Maher reported that President Biden was ferried to various meetings in an 85-vehicle motorcade. Locals saw some of the cars getting fuelled up at a nearby gas station. So the White House’s motorpool hasn’t gone all-electric… despite demanding that everyone else should be using plug-in cars.

A reader also pointed out the hypocritical hole in the “cap and tax” scheme:

In calculating the carbon credits awarded to a solar energy or wind plant, do they take into account all the fuel used by the tractors, excavators, factories and mine land restoration required to extract the huge quantities of rare earths and minerals needed to manufacture the solar panels or wind turbines? Not to mention the ecological destruction caused by the mining process itself?

We honestly don’t know. Maybe the folks earning credits for setting up solar panels sell them to the polluters that build them?

Does it matter? The whole thing is a farce.

To quote Mr. Rickards again, it’s not a conspiracy — “we know who they are. This is not a mystery.”

Mark Carney’s on the list. Christine Lagarde, Janet Yellen, is a full-fledged member. Antonio Carstens, the head of the Bank of International Settlements today. And people at the IMF. We know the names. They get together at dinner parties at Davos. And they meet elsewhere at the IMF Annual Meeting and the Spring Meeting. The whole thing is out there.

Nor is it a new story, by any means.

“Freedom. Oppression, revolution, freedom,” our guest this week, Mark Moss, says, “and it just kind of repeats over and over and over. I’ve studied it, and it seems like there’s a 250-year cycle.”

Martin Luther penned his Ninety-Five Theses in 1517, kicking off the Protestant Reformation. Just over two-and-a-half centuries later there were the American and French Revolutions.

“Here we are 250 years later in that cycle,” Mark explains, “and we can see that we’re at/or very near peak centralization or peak globalization.”

He specifically cites Mr. Carney as one of the culprits trying to foist a new world order on us. He says “Guys like Mark Carney who have massive influence and they’ve written books, then told us what they think the world is going to be like, what their goal is.”

What is their motive?

“Save the planet from a horrible mass extinction event,” they might say.

As The Times reports, “Mark Carney was paid more than half a million pounds for 14 days’ work as governor of the Bank of England last year.” It “made him the second-highest-paid official at the Bank for the year to the end of February 2021, despite having worked only from March 1 to March 15.”

Rumor has it Carney wants to quit GFANZ and run for prime minister of Canada.

Why even do that, we ask. If you can raise $130 trillion to fight climate change, and you’re the head of the Special Envoy on Climate Action and Finance at the UN, why run to be leader of a country with a GDP about a hundredth of that size?

We’ll let you answer that question yourself. [Hint: Carney knows a good gig while it lasts.]

For you and me, Mark Moss is a little more introspect and grounded. These guys will likely get what’s coming to them.

“I believe that we should be looking at freedom as an asset,” Mark tells me. The same with your health. Both are as threatened as your wealth — so “it’s important to understand that and look at the climate change debate holistically.”

Moss’ upcoming Market Disruptors Live 2021 event will address all health, wealth and freedom all in the context of the pandemic and climate hysteria. “We’re going to have people talking about everything from what they see happening politically and financially, of course,” he says. But the event will also focus on protecting your health and freedom, too.

“Really everything that you need from A to Z,” he says.

You can learn more about it here. Soup to nuts.

P.S. When we spoke to Jim Rickards back in May, he warned that GFANZ was a “lever to basically get the climate change agenda pushed through, using the banks as a weapon.” So now it has $130 trillion in its arsenal — money it can deploy as it sees fit.

Tomorrow, Jim will talk to Marin Katusa about all of the opportunities that tidal wave of cash could create. After all, if you can’t stop it, you may as well profit from it.

Don’t forget, as a Reserve member, you can get a special preview of what they’ll be discussing, here.

P.P.S. We took over a part of Baltimore’s Union Craft Brewing yesterday for a happy hour — our company’s biggest in-person get-together since the pandemic started. Even Lifetime Income Report’s Zach Scheidt flew in for the occasion. 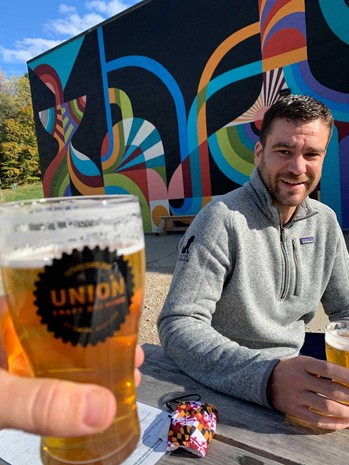 Zach brought a Maryland flag mask to blend in with the locals.

Everyone was so busy catching up that we didn’t hear many new investment ideas. There was some talk about whether it was worth fishing out and saving the gold flakes in a bottle of Goldschlager — but we’re fairly confident that’s more trouble than it’s worth. Although, given the trajectory of the political world beyond this microbrewery’s walls, maybe not.

In the meantime, for a better — though less intoxicating — way to build a collection of physical gold ad libitum, see the message from our friends at Hard Asset Alliance below today’s recommendations.