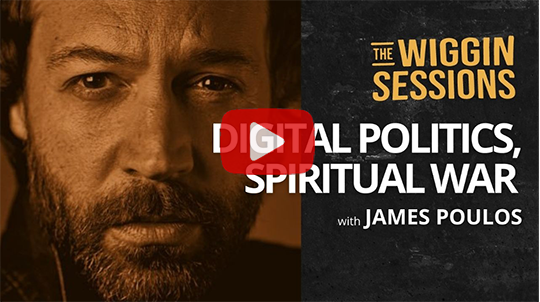 Over 4 billion people are projected to tune into Queen Elizabeth II’s funeral in Windsor and Maidenhead, England today.

Yes, 4.1 billion, to be exact. That is just over half the world’s population.

“We are all supposed to be modern, rational people,” Bill Bonner quotes an English friend in his missive this morning. “Almost none of us ever met the Queen. And she had no real impact on our government, or our lives for that matter. But she was always there. And now that she is gone, we see that we had some profound connection with her. It is inexplicable in today’s cynical political culture… even less in the superficial culture of the Facebook era. But there it is.”

Out with the New Elizabethan Era… tune in on a social media site near you.

A distinctly new world has emerged. That’s what our talk this week with James Poulos of the American Mind publication is about: In the end, we as human beings, just want something to believe in.

Whether that’s family, God, Donald Trump… or the Queen. It is clear there is something going haywire in the modern “digital” life.

I hesitate to make the Queen’s death a sensationalized synecdoche for the arrival of a New World Order. But, it seems the 4 billion-person masses have already made it what it is. Politics today is a spectator sport.

I feel obligated to tune in. And not just because my wife recorded it. Or that it is like a live episode of Game of Thrones. No, dissent may be considered an act of war. That’s how it works these days. Either, or.

“What did you mean by “Long Live the Queen?” writes reader Carl S, doing his best to get us canceled. “Aren’t all kings and queens a bunch of parasites that live on the hard work of others? I am a long and lifetime member of your organization. Do you believe in honesty, morality, and integrity or not?”

Oh, and click here to watch this week’s episode of The Wiggin Sessions featuring James Poulos. “There is a Spiritual War waging in America,” he says, and you can’t help but hear him out on this day of the digitized spectacle at Windsor Castle.