Panic! And Keep Calm and Carry On! 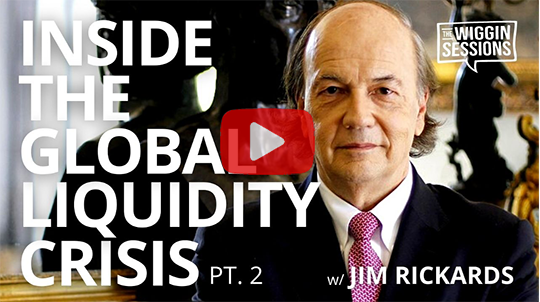 Part II of my conversation with Jim Rickards is on YouTube now. Jim does a very good job of making sense of the economic situation we find ourselves in today.

And he recommends what he thinks you should do with your money.

“We’ve been in a depression since 2008,” he states bluntly, even going so far as to claim the American Recovery in the Obama years was just a farce.

“You can’t plug ‘Depression’ into a closed-form equation. It doesn’t have a rigorous mathematical definition.”

That’s why we find ourselves in this malaise… which Jim explains without fear-mongering or pandering.

P.S. Also in the discussion with Jim: an astonishing Debt-to-GDP ratio, the definition of “supply side inflation,” and an inside look into Jim’s trading model. You can find the full episode here.