“And if the world went to hell in a handbasket – as it seemed to be doing – you could say good-bye to everyone and retreat to your land, hunkering down and living off it.”

Trader’s use the very technical term “dead cat bounce” when the market rallies despite languid fundamentals. Today, the Dow continues to rise. As of this writing it’s up another 2.5%, recresting 30,000 once again.

But that’s the thing about a bouncing cat, what goes up… must come down. The impending energy crisis in Europe and the ongoing saga of the Nordstream pipelines, which we discussed in this week’s Session, will likely weigh heavy on the markets up to and past the mid-term elections in early November.

“You offered your ‘three cents’ on the Nord Stream mystery,” Carl N. writes. “I guess even the usual and historic cost of our thoughts, two cents, is experiencing 50% inflation.”

Reader mail of late has made me think back to an experiment my parents tried when I was a kid.

They wanted to live off the land. Yes, it was the 70s, but they weren’t hippies, per se. More like old school Yankees. Pragmatic.

They bought and sold old colonial houses in New Hampshire. When I was five, we moved into a house that was built in 1750… in the middle of February. No one had thought to install indoor plumbing, yet. The outhouse was, um, a little icy.

The old house was sitting on 22 acres of land off Emery Road. Plenty enough for a garden to feed a family of four. We grew tomatoes, green beans and peppers, squash and pumpkins. There were chickens. And a dog who birthed puppies we could sell. There was a big forest that extended down to the Lamprey River offering plenty of firewood. 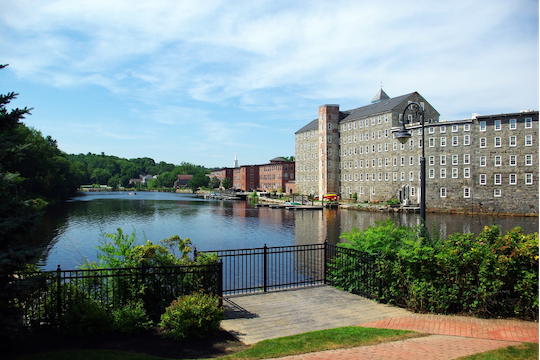 Starting with one pickup truck, my father delivered building supplies to his friends who were working as contractors building new houses, barns and doing odd job repairs. My mother sold flower arrangements on the roadside to pay for our school.

I’m relaying this story to point out I was just a kid when the historic 40-year inflation we’ve been writing about today shut down my dad’s business.

The cost of lumber, asphalt shingles and nails was increasing at an unpredictable rate. The oil embargo of ‘73 sent gas up nearly 50% to unheard of $.59 a gallon– that’s if the gas station even had any supply.

Without much income, my parents sold the farm, took the capital gains and moved us into a more modest home. The next one was newer, maybe 1930s construction, and came equipped with plumbing and heat.

In total we lived in nine different houses in Stratham before I left home at 17.

I remember my father used to lie awake on Sunday mornings planning his next project. It was just his thing. One idea led to a solar house he built into a hill with a greenhouse that generated heat. A convection system drew heat from the greenhouse. The air whooshed to the top of the rafters on the third floor… whipped across the highest level… then cooled against a thirty foot concrete retaining wall… dropping under the basement floor boards and returned to the greenhouse.

The entire house could be heated in the winter or cooled in the summer using this flow of air. It was amazing to me.

Apparently, my dad got the idea from reading an editorial in Popular Mechanics magazine. 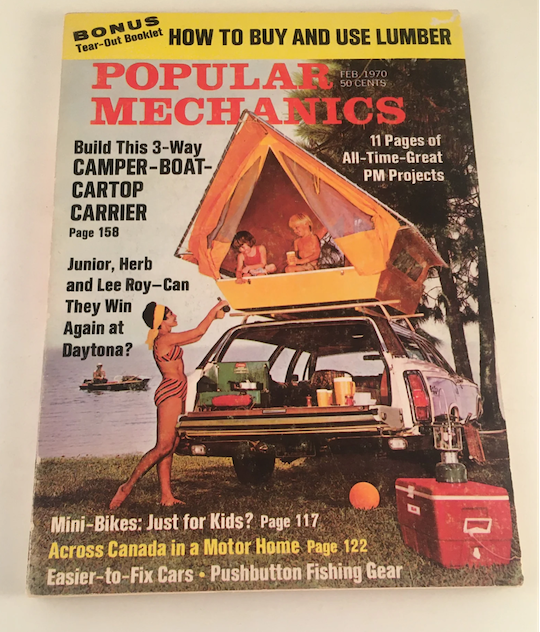 “We are eating out and going out less,” writes Juan U. in response to our question from last week: “With inflation on the horizon, how are you cutting back?” The idea was to get a bead on how much inflation and recession fears are changing your personal consumption plans. We want to get a real-world look at a recession.

“We stopped discretionary spending,” Juan concludes, “and are now focused on our savings and investing.”

“We’re switching to store brands and foregoing the major labels when shopping,” writes Carl M. “dropping any streaming service that is of little use to us and thinking of dropping cable for internet only. We’re eating out less and cooking more at home. Also, no more impulse purchases on Amazon!”

“Absolutely have cut back on spending,” another Carl writes, “Saving all I can to have a reserve to deploy when I think the bottom is close. I also believe every $1 I don’t spend is $5 or $10 I don’t have to earn. And based on your advice living remotely and self-sufficiently.”

“You asked if anyone was cutting cost on food or beverages to write in and let you know,” writes Gary K. “Well we aren’t really cutting costs but my wife opened her coffee business in 2004 and started selling a fresh roasted (we roast on site), fresh brewed cup of coffee for $1, and to this day September 29th 2022 she still has a fresh roasted, fresh brewed cup of coffee for $1. This is her way of helping out where she can knowing that everything else is so expensive.”

“For most investors,” says our guest on TWS this week, Mark Rossano, “the next 10 years will be remembered as the ‘Lost Decade.’ Not for you if you discover how to profit from supply chain opportunities.”

He wrote up a free report you can read today. Mr. Rossano, a corporate raider, and founder of C6 Capital Holdings, calls it his most promising energy stock. Think of it like an article out of Popular Mechanics. Collect your free report, here.

P.S. “Kudos to you and other private content creators on YouTube,” writes Peter G. “You take an intellectual deep dive into current events that puts traditional mainstream media to shame.”

It’s a rainy day in Baltimore, remnants of hurricane Ian, so we especially appreciate the kudos. Merci.

P.P.S. You can write to me with any of your comments by clicking here.