Says Alan, “The Herd Is Restless”

“We herd sheep, we drive cattle, we lead people.
Lead me, follow me, or get out of my way.”

“Greetings from Maine while out land yachting!” writes in reader Alan F. Land yachting, also known as dirtboating, is the act of zipping across land in a wheeled vehicle powered by wind through the use of a sail. It is usually practiced on a flat stretch of beach.

“Aren’t loans,” Alan asks, “the bread and butter of the banking industry?” Then continues:

In my opinion, holding a portfolio of comparatively low interest loans will not nearly be compensated for by a rising spread of captive capital, especially as ever-savvy consumers are demanding a better return on their money. The herd is restless. 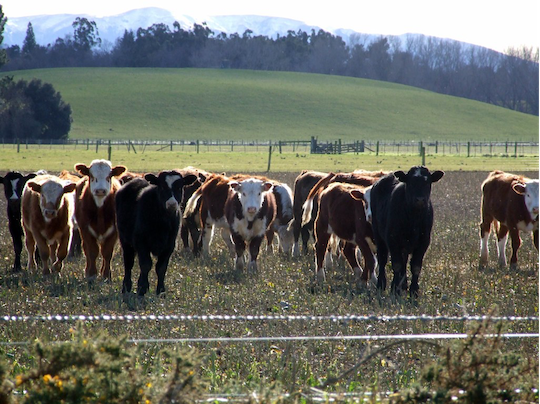 Today, the markets are writhing slightly downward. The Dow is about a half point low. The S&P and Nasdaq are humming about -1%. In other words, still sideways more or less. With some anxiety.

“On the plus side,” says Nick Colas of DataTrek Research, “corporate earnings season may help investor confidence somewhat, just given current oversold conditions and reduced expectations. That should help equities keep their footing, but until we see 2-year and 10-year yields start to decline we think traders and investors should remain wary of expecting too much from this rally.”

The 10-year Treasury yield jumped to 4.1%. And we at the Agora Companies shake our heads again at volatility. Investor confidence is always a beast, and a clumsy one at that.

“You have this phenomenon going on,” comments Agora founder, Bill Bonner. “You can’t analyze it the same way you can analyze a financial cycle because it’s largely psychological. It’s group think. It’s a collective impulse.”

The idea comes from Dr. Matias Desmet, who is a clinical psychologist and a statistician from the University of Ghent in Belgium. The cause of “Mass Formation Psychosis” – I’m paraphrasing– is a society in which people feel terribly disconnected and suffer from terrible anxiety. And that predisposes them to be psychologically manipulated.

I would say that the source of middle class anxiety is implied by the Long Emergency. They apprehend that our economy is in trouble. They apprehend that the middle class is in terrible distress. They’re terribly worried about where this is taking us, and they can see a lot of disorder, destruction and terrible problems ahead. But their anxieties are not being articulated by our leadership.

To reiterate à la Alan F: The herd is restless.

We remember having a conversation with the producer of IOUSA ten years ago. Her name was Sarah. She said she’d read our material and it started to jive with her own thoughts. “I knew something was wrong,” Sarah told me, a Canadian transplant to Los Angeles, “but I could never put my finger on it.”

It’s the money. And when the money goes bad, people move to the extremes.