Shooting At The Sky

Following yesterday’s 522 point drubbing, the Dow opened this morning down another 207 points, dipping briefly below 30,000 for the first time since December 4th, 2020… nearly two years ago.

“I do not care at all what happens to the stock market,” writes Carl N, one of our wiliest of readers, “What I do care about is the daily rising cost of staying alive – food and energy.”

Would that we could, sir.

Fed Chair Powell seems to believe in earnest that by inflicting pain on the average day laborer, he can rein in soaring costs for food and energy.

Expect assets in all classes on Wall Street to continue deflating.

We agree, watching the Dow can be tedious. But only when it’s going down!

That being said, wisdom comes from consilient action. In science and history, consilience is the principle that evidence from independent, unrelated sources can “converge” on strong conclusions.

The stock market is consilient by nature.

It is the sum total of millions of individual decisions reflecting the tone and tenor of life as we know it. Whether we like it or not the market is a reflection of what we, collectively, expect for our own future.

As with politics, you ignore the markets at your peril.

On the energy front, my co-author on several books, Bill Bonner, is predicting a “Nightmare Winter” in America. More on that below…

…We find the stock market fascinating. What does the Dow dropping 6,521 points mean?

More people appear to be betting our credit-fueled foray into hedonism is, in fact, uh… coming to an end. 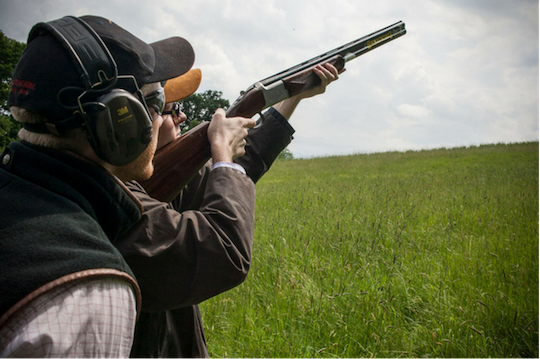 Who’s to blame for this mess? (Source: Google Images)

We suspect in the coming months, many folks are going to begin heeding the words of this week’s TWS guest. Or just keep shooting at the sky.

“There’s no way to crack into this without getting into theological territory,” says James Poulos, author of Human Forever. Poulos continues:

I know there are a lot of smart people right now who are like, “No, no, no, reason can explain everything. It’s time to leave this barbarism of theological stuff behind.”

Well think of Bertrand Russell and how he was making these arguments like, “Oh, religion is so silly. And that’s why I spend all day contemplating the pure austerity of mathematics, which gives me the most ennobled and perfect feeling that a human being can have.”

And it’s like, “Well, Russell, you are making a God out of math.” So as Bob Dylan said: “You gotta serve somebody. You got to worship someone or something.”

Some people worship mammon. Some simply like the game. Some want to buy bigger houses. Some want to travel. Others want to sit on their couches and not do another damn day of work.

They’re all the same to me. They just go by different names…

We apologize for this fair bit of navel-gazing. But that’s one of the reasons we started The Wiggin Sessions, so we could talk to people of all stripes and perspectives.

The markets are changing. If you can keep your head on straight through the imminent storm you are going to come out the other end stronger and in a better position for health and wealth.

We defer again to Poulos:

One of the most important things to bring us back to reality is to remember who we are. Questions that historically have only been answerable in a theological way, they’re coming back.

Obviously reason plays a role in our human equipment, obviously we live in an at least partially material world. That’s definitely not going to change. It doesn’t need to change. It shouldn’t change, shouldn’t see it as bad news. But the theological stuff is coming back. I think you see it everywhere you go.

Like we said on Monday… In the end, we as human beings, just want something to believe in. Whether that’s family, God, Donald Trump… or the late Queen Elizabeth II. Poulos continues:

These impulses have deep roots – this kind of nihilism – it has deep roots. And the reckoning that is being caused by our confrontation with the mastery of our lives, by our own devices.

That’s the kind of confrontation that should remind us very forcefully that our humanity is only going to occur to us and bring deep, transcendent, ultimate value if we see it through a theological lens.

The choice, then, when the proverbial sh*t hits the fan in the coming months is… up to us. “Take a breath, look around,” Poulos concludes:

Remember who you are. Americans do have advantages. And one of them is despite the rise in a sort of its culture of self-loathing, we still have a lot to be grateful for. We still have a lot to be proud of, and these are resources that we need and that we can rely on to make this transition in a way that’s going to be a lot rockier for others.

You can find the whole interview with James Poulos here. It’s an interesting take on this historic moment, even when good faith is hard to come by.

P.S. I remember thinking immediately after speaking to Mr. Poulos the conversation was a little over-the-top spiritual for my taste. But rereading the transcript and seeing clips from the YouTube video I realize, he’s making some valid points about our state of being.

“Markets make opinions,” the saying goes. If credit is flowing and the market is rising there’s not a lot of need for navel-gazing. When the trends start going in the other direction in earnest, well… we all gotta lean on something.

None of this, Carl, helps with your immediate concern over food and energy prices, of course. If history holds, those are likely to get worse before they get better.

Thanks for writing in. Anyone else? You can write to me here.