Tales From the Long March

“Noah, a man of the soil, was the first to plant and farm a vineyard.”

So, it is annoying, I agree.

This story just crossed my radar. An associate professor at Portland State University posted 20 essays for review… all fake. Just to see what would happen. Seven were accepted. He did it out of spite for his old employer.

His point was simple. Injecting certain words into articles would get them published. Others would not.

The professor resigned after his coup.

Call it another step along Gramsci’s “Long March.” Gramsci was an Italian philosopher à la Marx who believed the only way to get Western society to adopt communism was to overhaul the institutions from the inside… academic, political, and municipal. Eating away from the inside like a termite in the beams.

If the constant culture wars aren’t enough to cause acute mental distress… at the very least they may drive you to drink.

For maximum therapeutic effect, especially during this week of Independence, choose an alcohol-delivery vehicle with plenty of zest.

I talked to Will Bonner and Diego Samper of the Bonner Private Wine Partnership in this week’s Session.

Will is the son of the Agora Companies’ very own founder, Bill Bonner. He spent some time in Argentina with his father, where he fell in love with the exceptional vineyards hiding in some of the nation’s most inhospitable places.

When he saw that no one could get this kind of quality vino in the United States, Will created America’s only private wine partnership to share Argentina’s hidden gems with the world.

Just like a wine-tasting, we kick things off with a bit of history and terroir… giving you a good sense of where Will and Diego are coming from.

We cover everything from the vineyard Noah planted after leaving the Ark to the North American insect that nearly wiped out European wines for good. “It’s amazing,” Will says, “watching this course of wine follow the development of civilizations.” 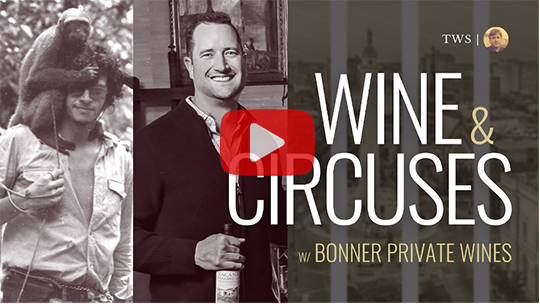 Their Argentinian wines are unique.

Malbec grapes “clinging to the edge of survival… in the middle of the desert and over 8,000 feet altitude.”

The resulting wine is “very floral,” Diego adds. “It’s very nice. Lots of red fruits in it. It just makes it a little bit easier to drink.”

P.S. Every year at this time, we like to remind readers of the original documents that helped frame the United States. We used to make a big deal out of it. Maybe it’s time to revive. It’s called The Idea Of America.