“Don’t spit down my back and tell me it’s raining.”

After the Fed announced a .75 point hike in the overnight rate, the Dow gave market watchers whiplash. In the first 20 minutes the index dropped over 330 points. Twenty five minutes after that it had recovered over 500 points. Then, it tanked again… by the close the DJIA has lost 522 points on the day, down 1.7%.

Just goes to show we’re not out of the riptide, yet. In fact, we’re likely getting sucked into deeper water. Rising interest rates in a world full of debt can be deadly. Especially to the corporate moribund.

Persistent inflation in wages and the service sector will mean the Fed will “probably have no choice” but to hike more. 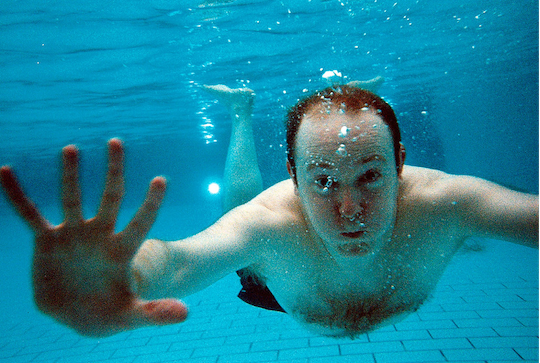 Not long after the 2008 financial crisis, Bethany McClean, then writing for Fortune magazine, called me on the telephone.

Mrs. McClean wanted to know, after the collapse of the housing market, how we fared through it all. She was doing a feature on those who got the story right. One example she used to illustrate her angle was the noteworthy parties Nouriel Roubini was throwing in New York City. Plus, my book, The Empire of Debt.

Roubini is now forecasting a similar collapse. Only this time it’s worse. Time to giddy-up “The Armageddon Gang.”

“At some point, America’s debts will be incinerated by inflation,” Bill Bonner and I surmised in our co-authored book Empire of Debt.

Of course, we thought the incineration would begin long before 2022.

But, as the saying goes, “What comes around goes around.” In financial markets – like politics and love and other all-too-human relationships – people make the same mistakes over and over (and over) again.

The government and the Fed are “running out of fiscal bullets,” says Roubini. And now “if you do fiscal stimulus, you’re overheating the aggregate demand.”

“This is really moving into restrictive monetary policy territory,” comments Diane Swonk, Chief Economist at KPMG US. “We will be moving into no man’s land. Their goal is for a prolonged slowdown that grinds inflation slowly down and only gradually increases the unemployment rate.”

Seems like most economists are hopping on the next wagon out of town.

That being said… one truth remains in America today: The consumer will spend.

I call it “The Recession That Wasn’t” in the Demise of the Dollar. In essence, the Fed cannot control prices. They can only attempt to slow down consumer demand in what is coming to be known by an awful oxymoron – “the Growth Recession.”

The conflict that Roubini presents… despite Fed rate hikes and the like, the spender will spend. And that only drives inflation higher.

So will we see Dow 20,000? And continue to Fed-watch for the next three years?

What a whirlwind Hump Day. More to come this week. Stay tuned.

P.S. Regardless of our short term analysis of the markets, we are suffering from what Bill Bonner calls “inflation psychosis.”

“This is something bigger,” Bill continues:

You can’t analyze this phenomenon the same way you can analyze a financial cycle because it’s largely psychological. It’s a group think. It’s collective impulses, and so on.

But you can see the patterns repeating themselves.

“I mean, theoretically,” Mr. Bonner concludes, “we could control it, but we can’t really because what happens is an empire becomes powerful, and the power corrupts the people who run the empire.”