The Melting Glacier of Reason

“Which side are you on?”

“There most certainly is climate change on planet earth,” writes Don.

Our cup runneth over with people responding to our Session this week. We’re like a model who gets to the end of the runway akimbo. Everyone’s got something to say about us.

“I think these politicians and other ‘power brokers,’” Don continues, “have sinister plans and are pushing this man-made climate change to accomplish their goals.”

Here’s a fun one from Chuck:

“To answer your rhetorical question, the same people who care about climate change are the ones who also care about unicorns, tooth fairies, fake pandemics, fake wars and fake elections.”

“I enjoyed your analyst who exposed these things as the fraud that they are! Look at what harm the globalists have done all over the world… in Sri Lanka, in the Netherlands, and all over Africa… they are merely a religion of warming to push their Marxist views and desires.. they care nothing about growing food to feed the world… only about controlling the world and ruining it in the process… keep up the good work exposing them for what they are!”

I’m reading a book right now called The Psychology of Totalitarianism by Mattias Desmet. Desmet agreed to discuss his ideas on the Wiggin Sessions after my trip to Greenland in August.

In his book, Desmet makes the distinction of what he calls “the Great Science” versus “the small science” that emanated from the Enlightenment in the 16th century.

Great Science led us to understand the orbit of earth, microscopes to see a whole new world of organisms, and completed maps of the world. There was a sense of discovery and open-mindedness. And a humility to admit we don’t know everything or the future.

Many of the political ideas from this era of Great Science can be found in the United States Constitution, too. 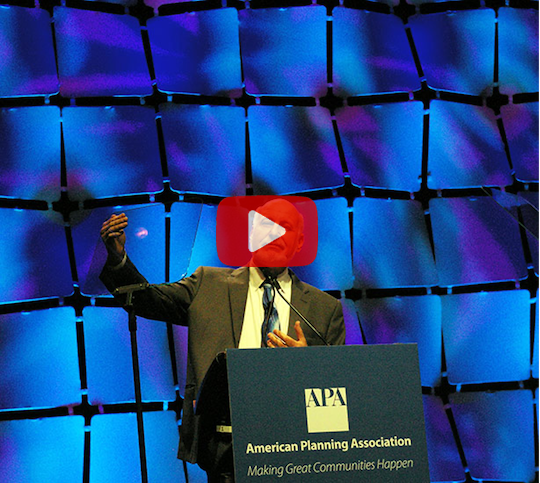 John Englander speaking to the American Planning Association. Humility and skepticism are essential in his argument for climate action.

“However,” Desmet writes, “from the beginning the tree of science also sprouted a branch in another direction – the exact opposite direction of the original scientific practice. Based on the greatest achievements of science, some people tipped from open-mindedness to belief; for them, science became ideology.”

That’s the hard part. Parsing ideology from truth… Even harder when the entire planet is on the line.

I’ll leave you with that thought for today. Something to chew on as you make up your own mind about John’s divisive Session this week.

P.S. Here’s another whack at the truth: “Only about 25 to 30% of global warming is human caused,” writes George. “Most is caused by the ascension phenomena of Earth crossing our Galactic Equator, also called the photon belt.”

Our entire planet is feeling this excitation of all physical matter. It resulted in an exponential increase in the numbers of volcanic eruptions, which by themselves can create enormous greenhouse gas quantities and heat….yes lotsa heat in these things.

“So here is the straight scoop on Climate change,” says George. “It’s not a simple 3-D who-done-it mystery. It’s a natural phenomenon accompanying Earth’s ascension. This excitation of matter is what’s causing US to wax so crazy and excited….fearful at times…as our worldviews crumble… Be Well and stay safe everyone..take very good care of your selves…..and one another….no violent acting out please.”