The Soul of Liberty

“Human nature being what it is in the world is always going to face challenges, especially in preserving freedom.”
— Steve Forbes in our documentary, I.O.U.S.A.

A short history lesson for a kindly Friday.

In 1636 the English-born American theologian Roger Williams landed in what is now the state of Rhode Island. 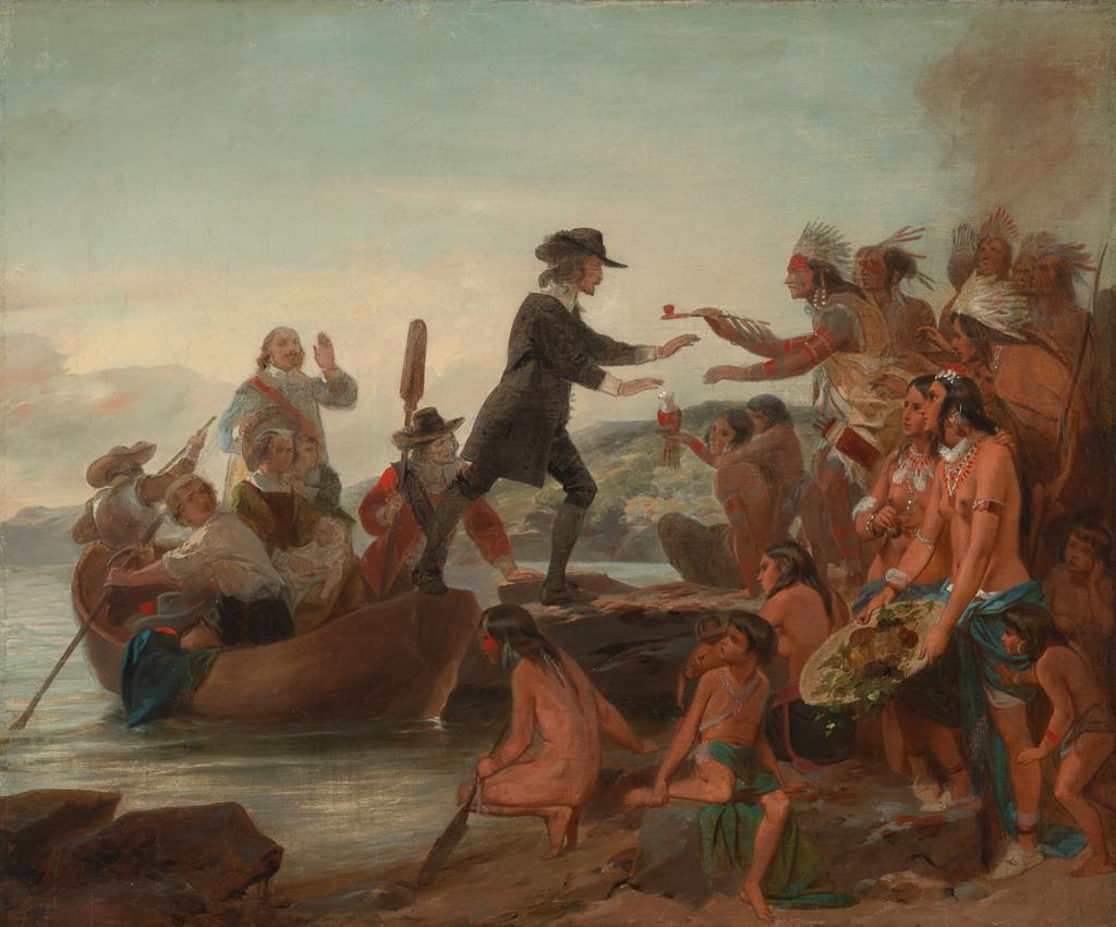 The landing of Roger Williams in 1636 by Alonzo Chappel (Source: RISD)

Having fled the Puritan-led Massachusetts colony, Roger Williams founded a city upon a hill and called it Providence. The new town’s mantra: Hope.

Simple, resounding, and looking to the future. Full of hope, Roger Williams created Providence on the grounds that:

No person within the said colony, at any time hereafter, shall be in any wise molested, punished, disquieted, or called in question, for any differences in opinion, in matter of religion, who do not actually disturb the civil peace of our said colony; but that all and every person and persons may, from time to time, and at all times hereafter, freely and fully have and enjoy his own and their own judgments and consciences, in matters of religious concernments, throughout the tract of land hereafter mentioned, they behaving themselves peaceably and quietly and not using this liberty to licentiousness and profaneness, nor to the civil injury or outward disturbance of others.

He called it “soul freedom.” At the time it was the largest liberty event in the New World, setting the standard in our blessed Thirteen Colonies for what civil liberties in America should look like– not to mention his fair treatment of the native peoples.

Almost a century later the First Amendment of the Constitution of the United States of America echoed Williams’ declarations, reading:

Congress shall make no law respecting an establishment of religion, or prohibiting the free exercise thereof; or abridging the freedom of speech, or of the press; or the right of the people peaceably to assemble, and to petition the Government for a redress of grievances.

By now we have the First memorized… If you don’t, you ought to, for it is our God-given, Madison-written, Franklin-scrawled right!

I’m talking about Freedom Fest, put together by this week’s guest on The Wiggin Sessions, Mark Skousen.

In the past, his club has attracted people like the formidable Steve Forbes, the far-seeing George Gilder, and the ever-enticing Governor of South Dakota, Kristi Noem, as speakers.

Without sounding too much like a pitch, I just wanted to point out that our publishing outfit, Laissez Faire books– which, mind you, means “live and let it be” in French– ran Freedom Fest’s bookstore.

The next Freedom Fest is taking place in Memphis, Tennessee. They’re calling the gathering “The Soul of Freedom,” after Memphis’ Southern jazz roots. You can check out the Freedom Fest website here, and watch my conversation with director Mark Skousen on TWS here.