Today, we take a break from our present situations to geek out over how we got here. Jim Rickards gave us a Session this week you will appreciate if you care about money… not just in your wallet, but its history too. You can find our conversation, in full effulgence, here.

In the Roaring 20s – not these ones, but back then, in the 20th century – American literature came to represent a grandeur and pomposity that exemplified wealth and extravagance. A gilded age, encrusted in gold, looked back on with delight… and delirium. 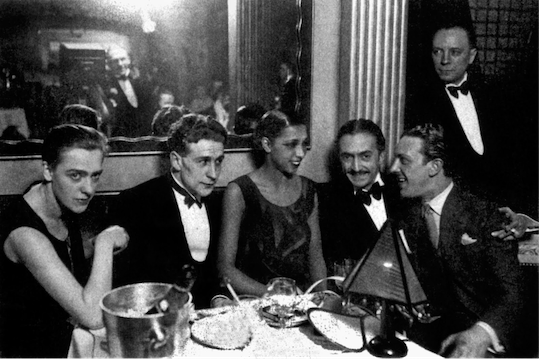 Mind you, the world had just fought a ghastly, pervacious war… So when the likes of Hemingway and Fitzgerald and Gertrude Stein gallivanted about Europe, talking art and espresso and love in the evening-time… they were dancing on a wasted land.

The rubble they rhymed on was the result of economic collapse. “Keynes argued strenuously that the United Kingdom should not go off the Gold Standard,” Rickards purports, tying the thread of ruin to money. Money! Dastardly money! He continues:

That “Jack” was the original J.P. Morgan, funding the war over the pond and playing a deciding role in the results. One-nil, America. First time World Champions.

“So now move ahead to the 1920s,” Rickards continues, on a roll, “and one by one countries had to rejoin the Gold Standard. The Gold Standard was voluntary. There was no IMF at the time. That left each country with a big decision… which is what is the new exchange rate?”

Rejoining the Gold Standard meant picking a new exchange rate… because once you said you were in, you’re pegged, and so is everyone else. “They would obviously try to do something that made commercial and economic sense,” Rickards pauses.

This weird agency to decide their exchange rate – this finagling – that the winning countries found themselves in created a very interesting dynamic in the world. America, for one, found itself in the best position. They were closest to the spout. Rickards, again:

France and Belgium and Italy and a number of countries went back at a greatly devalued rate. It was a civil recognition of the fact that whatever the pre-war gold standard was, they had printed enormous amounts of money to fight the war. If you were going to go back to gold, you either had to devalue the currency to reflect the increased money supply, or you could decrease the money supply, but that would cause a recession. So they basically inflated their currencies and went back to gold at a new standard. That’s why 1925 American expatriates like Ernest Hemingway, Gertrude Stein, and F. Scott Fitzgerald were living very comfortably in Paris on relatively modest U.S. dollar incomes… because the franc was so devalued when they went back to gold.

The American writers who sang their surly tunes were in fact, the beneficiaries of a twisted reshuffling of the world’s economic policy. “Show me a hero, and I’ll write you a tragedy,” Fitzgerald wrote. There’s another side to every coin in history.

Now… Snap back to reality.

The world today looks very different than it did in the 1920s. As to where on the cycle we fall historically… I haven’t a clue. I can take hints however, from the news.

“We are living at the end of what could appear to be an age of abundance,” prints La Connexion, a French newspaper, quoting their President Emmanuel Macron:

The end of endless cash flow, for which we must now face the consequences in terms of state finances, of an abundance of products and technology which appeared to be perpetually available. We lived through [this stoppage of supply] during the Covid period, and we are reliving it now even more intensely.

This language is much in the tone of wartime. For that reason, I believe times are a changin’. But we knew that. The world is reshuffling once again as a result of poor economic forbearance. Rickards calls for a Bretton Woods III, or a reinstitution of the Gold Standard, a new case for an old remedy. But that comes in next week’s Session… For now, the doldrums.

“We wait always for something that does not come,” writes Hemingway. Maybe he was onto something.

P.S. Nixon was not responsible for the end of the Bretton Woods exchange rate system. Nor was Volcker the hero of ending inflation early in the Reagan admin. Click here to watch Rickards’ history of the Gold Standard.