“I am a firm believer in the people. If given the truth, they can be depended upon to meet any national crisis.”

Rushing back to our desks after a delightful Labor Day Weekend…

In August, the unemployment rate rose by 0.2 percentage point to 3.7 percent, and the number of unemployed persons increased by 344,000 to 6.0 million. In July, these measures had returned to their levels in February 2020, prior to the coronavirus (COVID-19) pandemic.

Speaking of gravity, NASA scrubbed its Artemis I launch over the weekend due to a “small hydrogen leak.” The ship was supposed to be a predecessor of the Apollo missions to the moon. “We will not be launching in this launch period,” said Jim Free, associate administrator for NASA’s Exploration Systems Development Mission Directorate, to CNN. “We are not where we wanted to be.” 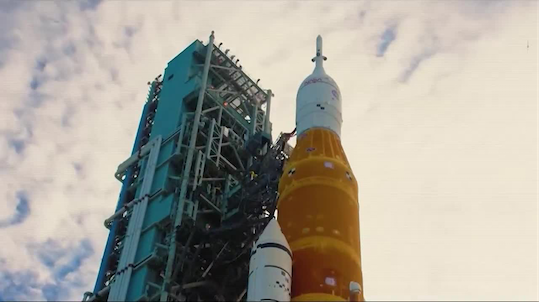 Musk and SpaceX, on the other hand, launched their Falcon 9 rocket ship loaded with 51 Starlink satellites out of Cape Canaveral. The secondary passenger was the chemically-propelled Sherpa-LTC orbital transfer vehicle, designed to ferry small satellites to different altitudes and inclinations after an initial ride into orbit from a large rocket. I wonder what he’s planning.

And crashing back to Earth again…

Reuters reads: “Gloominess pervades eurozone investor morale as the spectre of a rough recession for the 19-country currency bloc seems all but unavoidable,” according to a survey conducted by the Sentix company.

Across the channel, in the United Kingdom, a new PM Liz Truss is ushered in.

Welcome to club… or should I say shitshow. She’ll inherit what could amount to be a severe balance of payments crisis. Translation: “With the current account deficit already at record levels,” writes Deutsche Bank, “the sterling requires large capital inflows supported by improving investor confidence and falling inflation expectations.”

The key piece: “The opposite is happening.”

Maybe it’s time we start listening to Jim Rickards and his ideas about the “Global Liquidity Crisis” before the consequences of our dismissive actions (and inactions) pull the rug out from beneath our feet.

You can find Part II of my discussion with him by clicking here.

P.S. Yahoo! Finance proposes a new acronym for the Big Tech foodchain. “MATANA is the new FAANG” analyst says. Meta and Netflix are cut from the roster while Microsoft, Tesla, and Nvidia join the squad.