“It is not from the benevolence of the butcher, the brewer, or the baker, that we expect our dinner, but from their regard to their own interest.”

“The primary beef I have with it,” Joel Bowman began his answer, “you hear a lot of people say, well, it’s great in theory, but it just doesn’t work in practice.”

During our conversation this week, Mr. Bowman was kvetching about Marxism and Gramsci’s Long March through our institutions. You’ll recall, Joel is from Australia and has just published a fiction novel about a foreigner named Morris who moved to America. 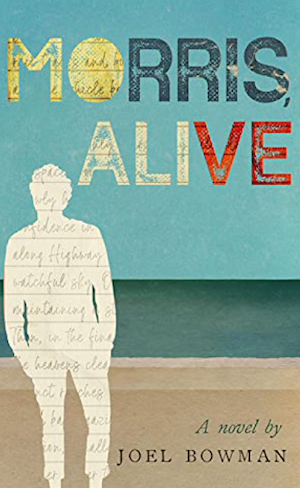 Morris, Alive is, like all fiction, autobiographical, with a bit of whimsy thrown in for entertainment. Morris moves to America as a young man to seek and understand the “idea of America.”

Morris, were he alive today, would be dismayed at how the idea of America is not taught in schools. Not practiced by politicians or corporate ingrates. Rather there’s a popular predilection toward what we could identify as Marxist ideology.

I couldn’t help myself however and had to throw a bomb in, if for no other reason than to rankle him a bit. “What’s so bad about Marxism anyway?’ we asked. His answer is a good one.

“To boil it down, I don’t agree with the idea that it’s good on paper. If it’s great on paper, the theorists and academics have forgotten one thing: human beings.”

To paraphrase, when you’re coming up with a sociological or economic theory, which is what Marxism is, and you don’t take into account human beings or you treat them as superfluous, their interactions are commodified. The material dialectic upon which Marx based his theories removes emotion, spirit, kindness, fear, love, hate from the human experience.

“To get back to the cornerstone of the American experiment,” Joel asserts, “It’s the individual that matters, not the collective.”

To be fair, I’ll let Joel finish the answer himself:

When we talk neo-Marxist, that is to say the postmodern neo-Marxist theory, that is emanating from American academies and academies across the West at the moment, what we’re talking about is essentially a worldview that posits hierarchical power structures at the center of everything and seeks to divide people up into classes in this zero sum interaction, the logical end game of which is displacement and war between the classes.”

And if you read something, your listeners are, I’m sure, very well versed in this, but the Communist Manifesto is a 60 page pamphlet, which calls for violent overthrow. And if you see the world through this warped prism, where everything that somebody else has is because they’re, first of all, denied it to you, and we live in this non-cooperative zero sum world, where everything is a power struggle and we all exist on these hierarchies, then it’s very plain to see why people aren’t interested in open debate and discussion.

Because for them, it’s not about discussion or compromise. It’s not about the market. It’s not about free exchange. It’s about dominance and power. And I think that’s to be resisted at all costs, if only because we know where it ends, and the history books are pretty clear on that.

And the experiment was run, and it was run in Russia, in China, in large parts of Southeast Asia, up and down this continent that I’m speaking to you from here, it was run in parts of Africa. And everywhere, no matter what the climate, what the natural resources of the place, no matter the cultural inclinations of the people, no matter what came before them, when this was run in all of its various iterations, whether it was Castroism or Maoism or Stalinism or Leninism or Trotskyism, or any other ism that you care to point to that is on that spectrum or that end of the spectrum, the results are horrific and speak for themselves.

“Who was digging graves throughout the 20th century? The entire preconception of the Marxist mentality, in the same way that race is the entire preeminent figuring in the mind of the anti-racist. All they see everywhere is race. All that these people see is that which they are trying to get past.”

P.S. de resistance: Here are the recommendations from our team.

We missed a beat yesterday, if you missed it In Jim Rickards’ Tactical Currency Profits, Dan Amoss recommends buying to open your Invesco CurrencyShares Japanese Yen Trust (FXY) January 2022 $80 call up to $3.20 for a 40% gain.