When Good News Is Bad News

“I know I don’t got a lot up there, but what I got sure don’t feel too good.”

In an attempt to parse through the confusion that is neverending interest rate hikes and irresponsible, too-little-too-late monetary policy, let us examine the many layers of inflation in hopes of finding the source of the ailment. 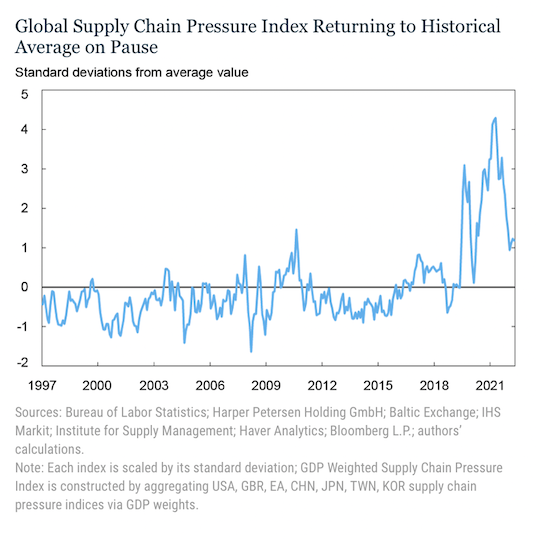 The distinction between supply-side inflation and demand-pull inflation is a nuanced one, and it is necessary in viewing the economy through a scientific lens. Jim Bullard, the notoriously hawkish President of the St. Louis Federal Reserve Bank seems to make the distinction too, as seen in the data below. 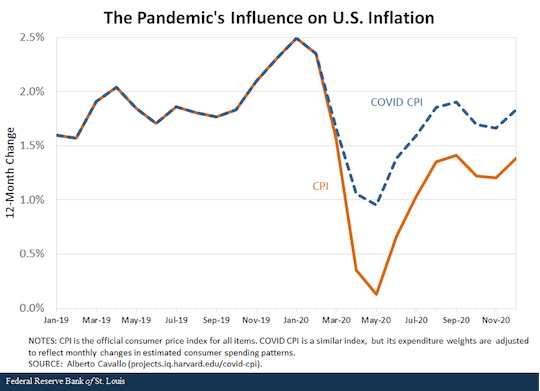 It is immediately clear that there is a substantial difference between the two lines. COVID CPI-based inflation is typically about 50 basis points higher than that associated with the official measure produced by the BLS.

In the context of our Food at Home example, this makes sense. Across much of the year, food shortages at grocery stores led to higher prices as those retailers competed for access to goods from disrupted supply chains. Similarly, the lack of demand for inside dining at restaurants led to lower prices at these restaurants as they struggled to entice customers to purchase their products.

There is something to learn here about the Fed’s strict adherence to data and models over the intuition of human actors in policy decision-making. “In subsequent years, will they treat 2020 as an anomaly or use data from 2020 to estimate expenditure weights?” the St. Louis Federal Bank continues.

So when the Atlantic writes that “COVID has broken the economy” or Forbes asks “COVID or Policy: What’s causing this inflation surge?” What benefit would knowing the source really provide us if the numbers are off and the real damage is in the past? Maybe solace, or closure?

Isn’t it better to just know that a whole lot of stuff is messing with the funk of things (supply, demand, the cost of capital, stimulus, war, politics, wait, aren’t those all the things we write about on a daily basis) The numbers indicate now that we are returning to some semblance of normalcy? Another phase of “transitory inflation”?

What do you think? Trust the Fed numbers? Write to me here.

All we can do as keen observers is understand the issue. As Powell and his posse step up to the podium signaling more interest rate hikes to quash consumer spending, dampen consumer demand, crush the goals of young new entrants into the workforce, amid paradoxically “promising” data of a resistant job market, all in hopes of disinflation in 2023.

A return back to normal. Or a “new normal”, as every economist on the planet wants to call it.

That’s why good news is bad news on Wall Street… the Dow dropped over 200 points by 10am EST today. It has since recovered, but we’re in a transitory phase in the stock market, too. Meaning, traders don’t know what to expect.

When things get squirrely and go sideways, like today, a selloff is often not far behind. Ours is not a teleological argument. But hewn from 30 years of watching the markets and poking at these keys.

P.S. In Romania, people in bear costumes dance in celebration for a parade showcasing regional winter traditions. Maybe our bears on Wall Street can learn a little something from their jig. 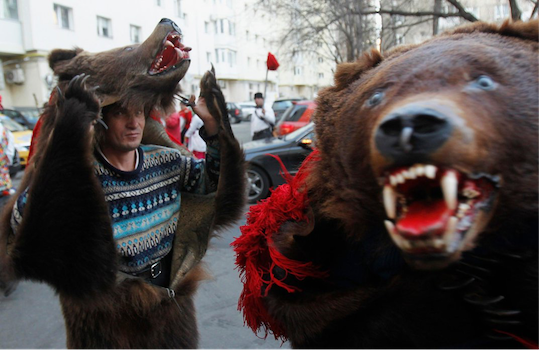