“Far more money has been lost by investors trying to anticipate corrections, than lost in the corrections themselves.”

But noted stock analyst Ryan Reynolds is recommending it in the “Stock Draft” being hosted currently by MSNBC. Here’s some video to go with the story: 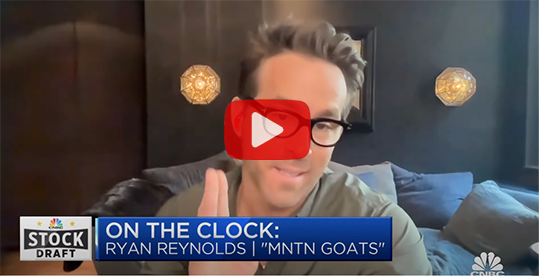 Scenes like this leave us flummoxed. We have to be in a bubble — don’t we? — if Ryan Reynolds is participating in a “stock draft” on MSNBC?

Tech stocks have been getting hammered for four weeks straight. I’m fairly confident Reynolds is known for his comedic roles, not for his value investing approach to the stock market.

We had a lengthy discussion this morning with our friend Sean Ring from the Rude Awakening. He said the U.S. GDP looks like a train wreck too. It’s down almost 8% annualized in the first quarter of 2022 from what we saw in the fourth quarter of 2021.

The numbers are always confusing and can be twisted like the legs of a Yoga instructor…we got ourselves a real pretzel pose.

One breath of fresh air behind all the data?

Government spending as a % of GDP is down almost 39%, again annualized… meaning the economy is actually returning to numbers that reflect reality, not just inflated b.s. trying to approximate what life would have been like if the government hadn’t shut the economy down during the pandemic in the first place.

All said and done, perhaps we need the adults to come back in the room, as Byron King suggested while talking about our childish TikTok woke culture and the real world currency wars happening off the internet a few weeks ago.

Who’s sitting at the adults table?

We asked Jimmy Soni, our guest this week on WIggin Sessions, what Elon Musk and Peter Thiel are investing in right now.

“There’s a renaissance happening in the world of nuclear energy,” says Mr. Soni, “that’s different from what we’ve seen in the past. When these people – who are in the business of evaluating companies – and shaped by the PayPal experience and a lot of what it seems to me that comes out of the PayPal… it’s probably a good idea to listen.” 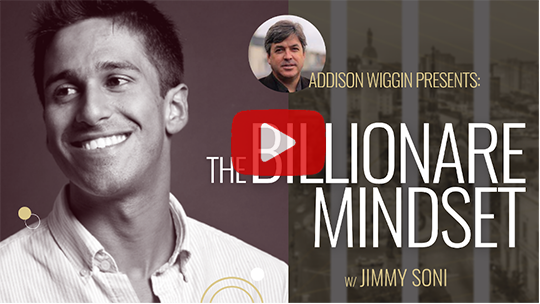 What are the entrepreneurs who built PayPal investing in now? Let’s have a listen to Jimmy Soni who talked to them all, here.

Jeff (Bezos) and his buddy down the street, Bill Gates, are buying up cobalt reserves off the coast of Greenland.

Nuclear, lithium and cobalt…all are green.

All are getting headlines. They all have the potential to boom because of the electric car industry. As James West said in his Wiggin Session, “commodities are the original asset class.” Looks like the original assets are proving to be rare and valuable once again.

Although, we may want to bounce our idea of Ryan Reynolds first, what do you think?

P.S. Of course, we know Elon is buying Twitter, too. It’s hard to have a pulse and not talk about the translation. My tennis buddies (the Tennis Buddy Indicator – TBI) were all atwitter themselves about Musk’s next move this morning. Musk sold $4 billion worth of Tesla shares to cover his portion of the $44 billion dollar bid. The S&P 500 is already down 12% for the year on these kinds of moves.