Rickards agrees with George Soros: A “Leave” vote could set off a market panic…

The proverbial powers that be are ramping up the fear.
By the time you read this, it will be a mere 12 hours before the polls open in the U.K. and Britons decide whether their country will stay in the European Union. The BBC hosted a knock-down, drag-out debate last night, with three impassioned debaters on each side. “The tightness of the race has taken much of the political class totally by surprise,” says BBC political editor Laura Kuenssberg.
The “political class” lines up almost uniformly on the side that wants the U.K. to “Remain” in the EU. The “Leave” faction has been tarred as backward and intolerant. But since the two sides are still running neck and neck, London Mayor Sadiq Khan — arguing for “Remain” last night — said a vote to leave would destroy what’s left of Britain’s manufacturing industry, to say nothing of 2.5 million jobs.

Helping to ramp up the fear for the “Remain” side is none other than that preeminent advocate of global governance, billionaire investor George Soros.
“Too many believe that a vote to leave the EU will have no effect on their personal financial position,” he warned yesterday in The Guardian. “This is wishful thinking.” The hit to the British pound, he says, would knock down the typical household’s income by as much as 5,000 pounds a year — or $7,335.
Well, Soros would know a thing or two about the pound, having made a legendary bet against the British currency in 1992. But this time we’re sure he only has the best interests of everyday Britons at heart. Heh…

Not to put too fine a point on it, Soros concluded, “A vote to leave could see the week end with a Black Friday, and serious consequences for ordinary people.”

On this point, Jim Rickards happens to agree.
We didn’t emphasize this point enough yesterday when we conveyed Jim’s on-the-ground perspective from a trip to London. So we’ll spotlight it a bit more prominently now: “If ‘Leave’ wins, we may see a huge collapse in stock prices, the pound sterling and the euro late Thursday. We could also see a spike in the price of gold.”

Yes, the fallout would start to become evident tomorrow night.
“The polls close at 10:00 p.m. London time Thursday; the ballots are paper and are counted by hand,” Jim says — having learned about the process directly from a London poll worker. “In a close vote, we likely won’t know the winner until 6:00 a.m. Friday morning London time, or 1:00 a.m. Friday morning, New York time.
“Hedge funds have spent over a half million dollars to commission private exit polls that allow them to know the results ahead of the rest of us. The exit poll results should be available to the hedge funds before markets close in New York on Thursday. This is a form of insider trading by the hedge funds, but it’s perfectly legal because they’re using their own information from the polls, instead of stealing the information from someone else. (It’s the stealing part that lands you in jail.)”

Jim has a recommended trade to profit from the market earthquake a “Leave” vote would trigger. Best of all, it stands to gain even if the “Remain” side wins.
It comes back to a point Jim made in this space six weeks ago: “While the U.K. has long been a member of the EU, it has never joined the separate eurozone that backs the euro. The eurozone members have a combined 10,788 tons of gold, giving them the highest gold-to-GDP ratio of any major economy in the world. As long as the U.K. is in the EU, it has an option to join the euro either on an orderly basis or an emergency basis in the event of a sterling crisis.”
In that context, ponder the consequences of a “Leave” vote: “The Bank of England doesn’t have enough gold of its own to assure confidence in sterling when the global liquidity crisis strikes, probably in the next few years. A run on sterling will result, pushing GBP/USD to the $0.80 level or lower.”
Ouch. As we check our screens this morning, the pound is $1.47.

And if “Remain” wins the day? “If U.K. voters decide to stay in the EU, a separate decision to join the euro is just a matter of time,” Jim says.
“This is a key truth that the ‘Remain’ campaign is not sharing with the U.K. voters. They think they can have their cake and eat it by staying in the EU and not joining the euro. They can’t.
“If the U.K. joins the euro, it is highly advantageous to have the lowest possible exchange rate. This gives the U.K. a permanent comparative advantage against trading partners such as France, Germany and Italy. A low exchange rate reduces U.K. unit labor costs and helps the export sector.
“In this scenario, a GBP/USD cross-rate of $1.00 looks like an attractive level for sterling to enter the euro.”
Again, the pound trades as we write at $1.47.
“Either way, a sterling devaluation is in the cards.”
Jim’s proprietary market-timing indicator has revealed the ideal way to seize on this win-win scenario. If “Leave” wins, the “Black Friday” turmoil could deliver a handsome short-term gain before the weekend, swelling to at least 100% by the fall. But even if “Remain” wins, you could hold on till early 2017 and still see that same double-your-money potential.
For obvious reasons, you’ll capture the biggest payout potential if you act before the hedge funds get wind of the outcome tomorrow evening. 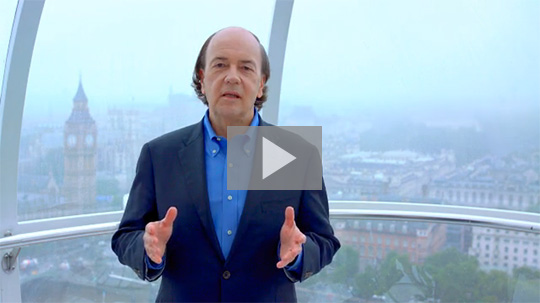 In the meantime, the generally risk-on atmosphere of the markets this week is stretching into another day.
At last check, the S&P 500 was up nearly half a percent, only two points away from 2,100. Gold sits near where it did 24 hours ago, at $1,266. The yield on a 10-year Treasury keeps drifting up, now 1.71%. The dollar index is off a touch at 93.8. Crude made another run past $50 overnight but is now back to $49.33.
The only economic number of note today is existing home sales — up 1.8% in May, to its strongest reading since February 2007.

Here’s another sign Washington, D.C., is keen to ease the pressure on marijuana businesses.
At present, most pot enterprises — even in states where voters have made it legal — don’t have access to the banking system. Because weed is illegal on the federal level, the Federal Reserve denies such businesses access to its payments network. Thus many marijuana-related businesses are cash-only.
But last week, the Senate Appropriations Committee passed a bill that would bar federal regulators from penalizing banks that take pot businesses as customers.
The sponsors both hail from states where voters have legalized recreational pot: Sen. Jeff Merkley (D-Oregon) and Patty Murray (D-Washington). The bill passed narrowly — 16-14 — but it passed.
Still, we expect a much bigger announcement from Washington soon — one that could quickly turn the under-the-radar $5 billion marijuana trade into a bustling $100 billion industry. If you’re not up to speed, here’s our latest update.

Be careful next time you thank someone for something — you might be running afoul of trademark law.
Citigroup, it turns out, has trademarked “THANKYOU” — all caps, no spaces, it would seem. It said so in a lawsuit filed earlier this month…

For many years, Citigroup has used trademarks consisting of and/or containing the term THANKYOU, including THANKYOU, CITI THANKYOU, CITIBUSINESS THANKYOU. THANKYOU FROM CITI and THANKYOU YOUR WAY, in connection with a variety of customer loyalty, reward, incentive and redemption programs (collectively, the “THANKYOU Marks”).

The target of the lawsuit is AT&T, because…

Citi says the campaign “is likely to cause consumer confusion.” Pity the poor consumer!
Bonus points: According to a report at Ars Technica, one of the benefits tied to AT&T’s campaign is a co-branded credit card — issued by Citi!
As far as we can tell, a court date has not yet been set. We can hardly wait…

“They must have taken seriously that old American saying ‘The beatings will continue until morale improves,’” says one of a couple emails we got after our item yesterday about underperforming trainees at a Chinese bank who were spanked in front of their peers.
“Although the Communist Party carries a big stick,’” says another, “the Chinese banks are too big to paddle!”
Moving on…

“You youngsters think the federal vilification of weed started in the ’60s?” a reader writes in response to yesterday’s mailbag.
“Check out the publication date for Reefer Madness — a government propaganda flick that was considered to be hilarious entertainment by us counterculture types during that period.”

“What an understatement to say the government may have been wrong about the benefits of cannabis,” writes another reader clearly supportive of medical marijuana.
“When this all shakes out, Harry Anslinger will be shown to have caused as much suffering as Adolf Hitler.”
The 5: Both readers hark back to the 1930s… and yes, your editor is aware of both Anslinger and Reefer Madness, my (relatively) tender age notwithstanding.
Strictly speaking, the uber-campy Reefer Madness was not a “government” propaganda flick. Wikipedia says it was financed by a church group. But it did take off shortly after passage of the 1937 Marihuana Tax Act — which contrary to its name expanded the prohibition of weed. Passage came largely at the behest of Anslinger, chief of the Federal Bureau of Narcotics.
Not surprisingly, Anslinger’s campaign and Reefer Madness got cranked up shortly after Prohibition of alcohol ended in 1933. After all, the gigantic federal law enforcement apparatus created for Prohibition needed something new to do. You didn’t think they’d just disband a couple of agencies and make the workers find real jobs, right?
Of course, that does give us pause: Once the feds reclassify marijuana, as we expect, where will they set their sights next?
Best regards,
Dave Gonigam
The 5 Min. Forecast
P.S. Hmmm… As we get closer to virtual press time, a new poll in Britain shows the “Leave” faction regaining momentum. The S&P 500’s gains for the day are all but gone now.
And then there’s this headline from the CBS News website…

Ordinarily, we run the other way at mainstream headlines.
But Jim Rickards says a stock market crash is a distinct possibility. And a spike in gold. And severe volatility among global currencies.
Will you be ready?
And what if the vote goes the other way?
Jim Rickards can help you answer both questions with information gleaned from his visit to London. We urge you to watch his video briefing before the vote gets underway 12 hours from now.

We return to the saga of the Nord Stream 2 pipeline, and just as military warfare can sometimes take an unexpected turn… so can economic warfare. Read More

“Every year in September, Apple holds a keynote event,” says tech authority Ray Blanco. “Investors… see it as an opportunity to make some profits.” Read More