The “Pot” Story Everyone Missed

We’re not sure it gets more definitive than this: The “Cole Memo” is alive and well. The fuzz won’t be coming for your penny pot stocks, and you won’t have to flush your stock certificates down the toilet.

(Does anyone take possession of their stock certificates anymore? But we digress…)

Of course, the mainstream gets it wrong, consistently… so when Attorney General Jeff Sessions gave a speech to law enforcement yesterday in Richmond, Virginia, the big headline was that he said marijuana was “only slightly less awful” than heroin.

But the real news came during the question-and-answer session after the speech. Reporters were too busy filing their stories to stick around. If they had, they’d have reported that Sessions declared the Cole Memo to be “valid.”

As we explained last month, the Cole Memo was drawn up by a deputy attorney general in 2013 a few months after voters in Colorado and Washington approved recreational pot. It spelled out the Obama administration’s mostly hands-off approach to states that legalize and regulate the wacky weed, despite it remaining illegal on the federal level.

Ever since Sessions — a hard-core drug warrior — was nominated in late November, we’ve been trying to talk down people who fear a big new federal crackdown.

“The Cole Memorandum,” he said yesterday, “set up some policies under President Obama’s Department of Justice about how cases should be selected in those states and what would be appropriate for federal prosecution, much of which I think is valid.”

Reversing it, he said, would be biting off more than the feds can possibly chew: “Essentially, we’re not able to go into a state and pick up the work that the police and sheriffs have been doing for decades.”

This is exactly what we said in November. Sessions has to pick his battles with the blue states. For him, immigration’s a much bigger priority than pot.

The coast is clear. The feds won’t stop you from becoming a “monthly marijuana millionaire.” If you haven’t gotten started yet, it’s still not too late.

OK, we can’t let this go, the balderdash Sessions spouted about pot being “only slightly less awful” than heroin.

“I am astonished,” he said yesterday, “to hear people suggest that we can solve our heroin crisis by legalizing marijuana — so people can trade one life-wrecking dependency for another that’s only slightly less awful.”

Uhhh… A lot of people get addicted to heroin because they first get hooked on legal opioid painkillers. According to research by the employer-benefits provider Castlight Health, the percentage of patients abusing their opioid prescriptions plunges by half in states where medical marijuana is legal.

Oh, well. Sessions will believe what he wants to believe about drugs, even as he realizes the rest of the world has moved on. Guy woulda been 20 years old when the infamous “Blue Boy” episode of Dragnet first aired. Probably a formative experience for him. 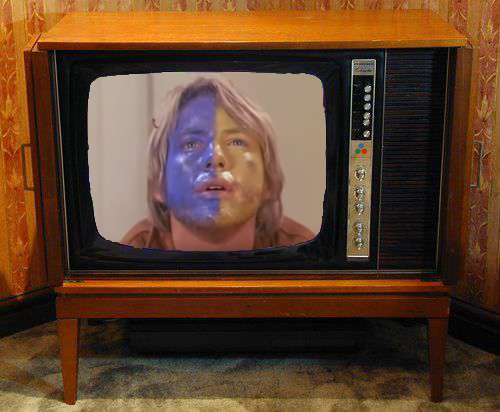 Sgt. Friday: “Now, you stay put in that chair!”

To the markets… where for the moment, it’s all about the Fed.

Moments after we went to virtual press yesterday, the Federal Reserve did what everyone expected it to do. Well, almost. Yes, the Fed raised its fed funds rate a quarter percentage point. But it did not adjust its projection for the rest of the year; it’s still planning on three increases during 2017, not four.

This tiny bias in the direction of “dovishness” prompted traders to bid up everything — stocks, bonds and commodities. By day’s end, the Dow was back within 50 points of 21,000… 10-year Treasury prices backed up from their recent lows… and gold had jumped $20, to $1,220.

As we write this morning, the Dow has backed off a bit and Treasury prices are inching back down again… but gold has added another $7 to reach $1,227.

Here’s the thing: Fed chair Yellen is leaving herself an “out” for raising rates four times this year after all.

That was Jim Rickards’ takeaway from Yellen’s press conference. “The markets still don’t get it,” he says. “The Fed is not engaged in a normal economic rate hike cycle. They are engaged in a desperate effort to get rates to 3% before the next recession.

“The Fed does not need a strong economy to hike. They just need an economy that’s ‘good enough.’”

What does “good enough” mean? Jim believes from here on, the Fed will raise rates every three months until 2019… as long as…

The problem is that other economic indicators are pointing toward trouble ahead — trouble that would manifest itself in any or all three of those conditions falling apart.

Which brings us to an amusing moment during Yellen’s press conference. Bloomberg reporter Kathleen Hays asked why is the Fed raising rates at all. After all, she said, retail sales are mixed, wage growth is stalling and forecasts for first-quarter GDP this year look grim. “The economy is so far from your forecast in terms of GDP,” said Ms. Hays, “why does the Fed have to move now?”

We took a breath as Hays asked her question. Back in 2014, we mentioned how the economics blogger Robert Wenzel had noticed a verbal tic of Yellen’s. Anytime she’s faced with a question that’s hostile or even mildly challenging, she begins her answer with “So…” Even if it makes no sense logically or grammatically.

She did not disappoint. “So GDP is a pretty noisy indicator.”

All of this tees up Jim’s forecast through midyear: “The Fed may raise rates in June, but by summer, we’ll see weak data, disinflation and maybe a recession.

“We’ll also see market disappointment with delays in the Trump agenda and the absence of growth even if the Trump agenda gets passed by Congress. The stock market is set up for a 10% correction. Stocks could lose 2,000 Dow points and 200 S&P points in a matter of weeks this July or August. That will put the Fed on hold with rate increases for the rest of the year.”

And here’s the short-term investing takeaway, given gold’s $27 pop these last 24 hours…

“Higher interest rates are supposed to be a head wind for gold,” Jim points out. “What gives?

“The answer is that the gold market sees what I see. The Fed’s kamikaze mission to raise rates will end badly and result in another round of ease by ‘forward guidance.’ That ease will signal ‘risk on’ and will raise inflationary fears and boost gold. The gold market is just discounting the future and rallying now. Investors should get gold at still reasonable levels while they can. The next stop will be $1,300 per ounce.”

[Ed. note: Jim has a special time-sensitive gold message he wants you to see. Please watch it now; for reasons that will become obvious when you click, we’re taking it offline tonight at midnight.]

“Based on what happened in the markets after the Fed’s action yesterday,” a reader writes, “it appears that a bunch of people might have suspected the Fed could go in for a half percentage point, instead of a quarter.

“If a quarter was already 90–100% baked into expectations, how else can the sudden surge be explained?

“And you and your other ‘sky is falling’ pals may have helped contribute to, if not anticipate, such a suspicion on the part of investors.”

The 5: See above; it was all about a growing expectation for four rate increases this year, but the Fed is sticking to three.

As the Financial Times put it, “Investors who had begun to position themselves for a faster pace of rate increases were wrongfooted by officials electing to leave most of their headline projections in place.”

Meanwhile, this might be the first time anyone has claimed our editors have such market-moving powers. We can’t quite wrap our minds around it…

“Back in my working days, the temp workers I met were a strange bunch,” a reader responds to yesterday’s mailbag.

“I talked to them about doing a good job and then, hopefully, being hired permanently. They all replied with the same thinking. They told me that none of them had a driver’s license and had all gotten to work in a van provided by Manpower — kinda like pizza.

“Furthermore, they told me they didn’t want a full-time job, because it would upset their government benefits. They were getting just what they wanted.

“Looks like the Don put a small, limp fish in the Saudi prince’s hand,” a reader writes.

We didn’t actively solicit captions yesterday when sharing the picture of the president meeting with Prince Mohammad of Saudi Arabia… but we got a handful of replies regardless.

One included a thought bubble inspired by all the U.S. Treasury debt the kingdom holds: “Rex Tillerson is an oilman and he LIKES ME, so Prince Mohammad will LIKE ME too and not mess with the $103 billion.”

“Are we trying to build a Gothic cathedral out of debt? Wouldn’t digging a deeper debt cesspool be more appropriate? Just a thought.

“My daughter lives in D.C., and when we visit, I am amazed at the cost for literally everything there,” reads another real-world cost-of-living dispatch.

“Those costs are made possible by high government wages. Why not simply cut all federal wages 20%? The prices of everything from housing to restaurants would have to adjust accordingly.”

The 5: Now, that would drag down the national GDP figures…

If not, it’s very close to being out of date. We’re taking it down tonight at midnight tonight, because by then, it might be too late to seize on the profit opportunity Jim has spotted. Here’s your last chance to watch.