Heh… And all along you thought it was Obama who’d confiscate your 401(k). What if it turns out to be Trump?

Tomorrow the president will lay out broad guidelines for what he wants in a “tax reform” package. A few details are already dribbling out. Supposedly he wants to cut the top corporate income tax rate from 35% to 15%, and supposedly he doesn’t care whether that swells the budget deficit.

But that’s today. Less than two weeks ago, he said he wouldn’t lay out any tax ideas at all until Obamacare reform got done first — and it’s not done.

So… with the proviso that we don’t know what the president’s priorities really are from one week to the next… let’s dive into what could be a very real threat facing your 401(k).

To be sure, the term “401(k) confiscation” is an exaggeration. No one, to our knowledge, has proposed the feds outright seize the money in your account. That would be too obvious.

Instead, most of the proposals that have been floated over the years are more stealthy and devious. Your editor has been on top of them ever since the topic first came to light nearly a decade ago, when I wrote about it at The Daily Reckoning website.

It was October 2008. Lehman Bros. had already gone under. The Panic of ’08 was in full swing. The crash had already vaporized $2 trillion from Americans’ 401(k) and pension plans. And the House Education and Labor Committee held a hearing looking into this question: Should “high-income” earners be excluded from making tax-deferred 401(k) contributions?

“With respect to the 401(k), it appears to be a plan that is not really well devised for the changes in the market,” said committee chairman Rep. George Miller (D-California).

Then he revealed what the idea was really about: “We’ve invested $80 billion into subsidizing this activity” — meaning to his mind the government had “lost” $80 billion in revenue it would have collected were it not for this high-income giveaway.

The notion never got out of committee. Congress was too busy at the time passing other awful ideas like the bank bailouts.

But the idea never went away. Similar proposals were kicked around in Washington shortly after Obama’s re-election in 2012.

Last year, The 5 told you how economist Teresa Ghilarducci from The New School university in New York — the star witness at that 2008 hearing — teamed up with Wall Street bigwig Hamilton “Tony” James, president of Blackstone Group. They issued a paper proposing that the tax breaks of a 401(k) be phased out for everyone, no matter their income.

The proposal made a momentary splash… and was quickly forgotten.

But fast-forward a year and there’s serious scuttlebutt in Washington about abolishing the 401(k)’s tax advantages as part of a Trump tax-reform package.

On Saturday, The Wall Street Journal had a heck of a scoop… and it got buried midway through Jason Zweig’s weekly personal finance column. It belonged on the front page, above the fold, in screaming-big font.

“At a meeting with members of the Senate Banking Committee earlier this month, Gary Cohn, the director of the White House National Economic Council, discussed ideas that would remove pretax benefits from retirement accounts including 401(k)s and shift them to after-tax benefits, according to people familiar with the discussions.”

Good ol’ Gary Cohn. “Goldman Gary.” He was president of Goldman Sachs before joining the administration. 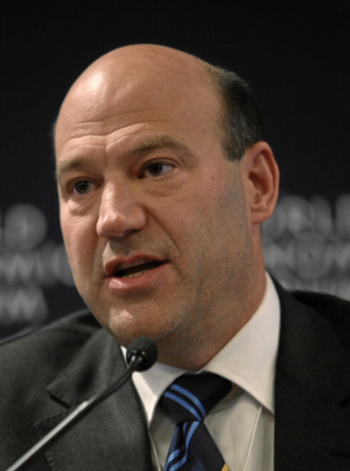 Zweig was careful to point out no decisions had been made. But he seems to know which way the political winds are blowing. He quoted a Washington lawyer named Bradford Campbell, who was assistant secretary of labor under Bush the Younger.

When it comes to Trump’s tax reform, “it’s not really a question of whether retirement plans will get a haircut, but of how much,” said Campbell. Tax reform is always “a game of winners and losers, and the retirement system is poised to be one of the losers.”

And by wiping out the tax-deferral benefit of a 401(k) — effectively switching future contributions to a Roth-style plan without your consent — Uncle Sam would collect a $1.5 trillion windfall over the next decade.

But wait — even worse ideas are afoot.

Last year, an outfit called the Tax Policy Center issued its own paper. This group is backed by the center-left Brookings Institution, and one of the paper’s authors hails from the conservative American Enterprise Institute. So beware — it’s got bipartisan support.

Under this proposal, existing 401(k)s would still be available. But — and this is a huge but — the annual gains in your account would be taxed at a 15% rate. That would raise $48 billion in new revenue starting next year — enough, the report’s authors said, to offset at least some of the revenue lost by cutting the corporate income tax to 15%.

Think about this for a minute: Under this proposal, your retirement money might be better off in a taxable account. At least there you don’t pay capital gains tax until you sell!

The authors justify the tax by saying the corporate income tax cut will juice corporate earnings and thus share prices, so a bigger retirement account will offset any piddling tax you’d have to pay.

Yeah, pull the other one…

Bottom line: If Washington really is about to undertake the biggest tax reform since 1986, everything is on the table — including your 401(k).

Retirement pros were sensing this only weeks after Trump’s election. “It is incomprehensible to me that Congress will not go after retirement plans in some way in tax reform,” said Randy Hardock, a partner at the high-powered D.C. law firm Davis & Harman, and a former staffer on the Senate Finance Committee.

Who knows how it might all end? These are just broad-stroke ideas. The details could be even more horrifying: Maybe your existing 401(k) funds would be converted to a Roth and your entire account would become taxable income in a single year. (Now there’d be an instant windfall for Uncle Sam, even if it would be a financial-planning nightmare for you.)

It’s still early days. But we’ll be keeping a wary eye… and anticipating defensive strategies you might want to adopt, depending on what Goldman Gary and his friends are cooking up.

To the markets… where it’s another “risk-on” day.

Among major U.S. indexes, the Dow is rallying hardest — up another 244 points as we write, cresting the 21,000 mark. But half of that surge is driven by only three stocks — Caterpillar, McDonald’s and Goldman Sachs. (CAT delivered a massive earnings “beat” before the open… although nearly all its growth appears concentrated in China, as if China doesn’t already have enough empty skyscrapers.)

Reminder: The Dow is made up of a mere 30 stocks. The S&P 500 and the Nasdaq are more representative of the market as a whole… and they’re not up nearly as strongly today.

Further reminder: Whenever the stock market gets “toppy,” the averages get dragged higher by only a handful of stocks, while everything else lags badly.

The risk-on environment is once again hurting gold, down another 1% at $1,263, despite some dollar weakness. And crude — which has been battered hard in recent days — is hanging onto the $49 level by a quickly fraying thread.

Back to Washington (God help us), where it’s four days and counting from a “partial government shutdown.”

As a reminder, Congress must pass and the president must sign a “continuing resolution” by Friday to keep the government running through the end of September. Mainstream coverage is telling us a budget agreement is more likely this morning because, unlike 48 hours ago, the president has decided that a down payment for his border wall can wait after all. (In other news, we’ve always been at war with Eastasia.)

But there’s still a potential stumbling block with funding for Planned Parenthood, says Jim Rickards: “The House Freedom Caucus, HFC, about 24-swing-vote ultraconservative Republicans, are dug in on the Planned Parenthood issue. The Democrats are dug in opposing those cuts. So the train wreck scenario is easy to see.

Maybe not Friday night — Jim anticipates a stopgap measure buying a few more days or weeks — but eventually. “This is a giant game of chicken and neither side will blink, so expect fireworks. A shutdown is definitely not priced into the markets.”

That’s the choice facing a mother of six from Australia named Lynne Mitchell. She entered a charity raffle, buying only six tickets for $30. Out of more than 2 million tickets total, she’s the winner.

The penthouse is located in Sydney’s Inner West district, complete with rooftop terrace. She took a tour last Friday. She has only 10 days to decide between the condo or the bullion. 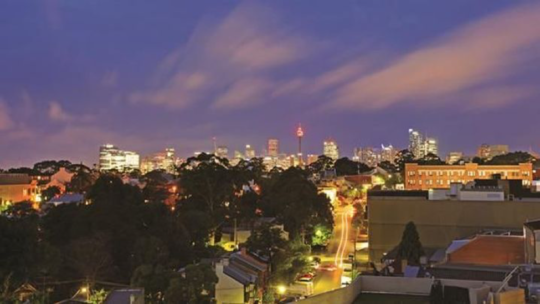 The view from the top… (RSL Lotteries photo)

“I never thought I would be living nor having something like this in Sydney, for sure,” Mitchell tells Australia’s 9 News.

Yesterday we mentioned that if Scotland were to secede from Great Britain, Scotland would stay in the European Union even as Britain departs.

“Several E.U. members who have separatist movements in their own countries,” the reader points out, “have already stated they’d oppose Scotland’s membership.”

The 5: That’s true… and we even said as much last year and then forgot all about it!

Spanish leaders in particular aren’t keen on Scottish membership; they don’t want to give any ammo to the boisterous separatist movement in Catalonia. This whole secession thing is complicated.

“I agree with recent readers who say you should stop charging for each publication!” writes one of our regulars.

“In fact, why do you charge anything at all? Shouldn’t this all be free?

“OK, now with my tongue out of my cheek, I am going to call you guys on the comments about charging high prices to keep the membership low enough so too many subscribers don’t ruin the thin trades.

“Clearly, you could also charge less and just limit the number of subscribers, no?

“Don’t be shy about charging more for certain publications. If it is worth it, people will fight to get in almost regardless of price.

“If it isn’t worth it, it won’t be around for long at any price.

“Free markets and capitalism are a beautiful thing, even though they are morphing and dying.

“Don’t let them die in these pages.”

The 5: Well, yes. Limiting the number of people getting into particular recommendations? That’s not the primary reason we engage in premium pricing for premium services. Nor is it primarily to limit access to less-experienced readers.

P.S. For all we’ve said in recent days about our entry-level newsletters versus our premium services… it’s apparent some readers aren’t 100% clear on how to access the information they’ve already signed up and paid for. We’ll work to clear that up in the next few days…