The Truth About “Tax Reform”

What? The new tax plan might be messing with your 401(k) after all? The president’s word isn’t as good as his bond?

As you might recall from our coverage on Monday, a presidential tweet seemed to make it clear: 401(k)s are non-negotiable. Any notion of “Rothifying” your contributions? Dead and buried.

But Rep. Kevin Brady (R-Texas) — chairman of the tax-writing Ways and Means Committee — said yesterday his party is “exploring a number of ideas” about 401(k) plans in conjunction with the White House.

Added Sen. Pat Toomey (R-Pennsylvania), a member of the Finance Committee: “The president’s opinion matters on this… But we are a coequal branch of [government] and we’re going to write it.”

Remarkably, the president hasn’t lit up Brady and Toomey on Twitter. Guess that treatment’s reserved only for congresscritters who are retiring.

Asked about Brady’s remarks and whether 401(k)s are still “on the table,” the president responded with the following word salad: “Well, maybe it is, maybe we’ll use it as negotiating, but trust me, that’s one of the great things. There are certain elements of deals that you don’t want to negotiate with — and Kevin knows this, and I think Kevin Brady is fantastic — but he knows how important 401(k)s are.”

Hmmm… We can’t shake the suspicion your 401(k) might fall victim to the “art of the deal.”

“Until this week,” The Wall Street Journal reminds us, “administration officials had declared just two mandatory changes the president wants in a tax bill: a 20% corporate tax rate and a middle-class tax cut.”

From time to time this month, we’ve pointed out that even the “middle-class tax cut” part is squishy: Eliminating the personal exemption and the deduction for state and local taxes is bound to hurt some members of the middle class — especially if they have big families and live in high-tax states.

And any benefits might take years to materialize, says Kevin Hassett, chairman of Trump’s Council of Economic Advisers. “If you go to the optimistic end of the literature,” he said at a conference in New York yesterday, “then you could expect that in three–five years… If you go to the pessimistic side… it would about double that.” 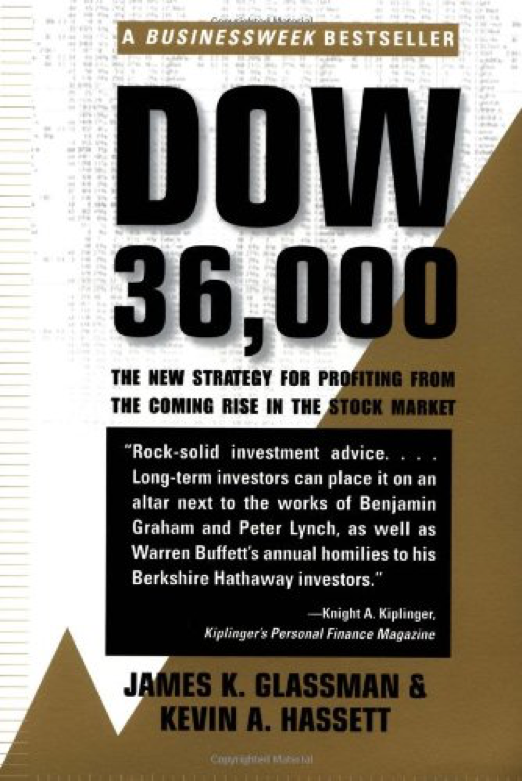 So the only certainty, really, is a cut in the corporate income tax rate.

And on that score, there’s massive confusion — especially when it comes to the “repatriation” issue.

As we’ve mentioned from time to time all year, there’s a huge pile of money U.S. corporations are holding offshore, the better to avoid it getting taxed at the highest rate in the developed world — 35%. We’re talking anywhere from $1.4 trillion to as much as $2.5 trillion. Corporate tax reform will give those companies incentive to “bring the money home.”

The president has suggested that once that money is repatriated, companies will use it to invest in new factories, new equipment, new jobs.

“This whole business about a wave of offshore earnings coming back and helping the economy? It’s complete nonsense,” says our Jim Rickards.

Jim dumped a bucket of cold water on Fox Business anchor Stuart Varney earlier this month when this topic came up.

“First of all, the money’s already here. If you’re an Irish subsidiary of Apple… you can buy Treasury notes, [U.S.] stocks, etc., to your heart’s content. You think it’s in $100 bills in a vault in Dublin? No.”

Elaborates Financial Times columnist Martin Sandbu: “The foreign designation of the accumulated earnings in question only denotes the tax residence of the balance sheet on which they are recorded — not where the money is actually kept. Nothing stops the foreign subsidiaries of U.S. companies placing the money in U.S. assets.”

Besides, if a company really wants to open a new factory and hire new people… it already has access to gobs of cash.

Interest rates are still near historic lows, after all. “U.S. corporations (the U.S. parent companies) are not cash-constrained,” Sandbu writes. “If they want to invest in productive capacity, they are flush with cheap financing, and any company with substantial foreign-held assets will never have a financing problem at home.”

No, if Corporate America ends up repatriating that cash… the cash will find its way to shareholders.

Companies will increase their dividends. And they’ll buy back their own shares — making the remaining shares held by everyday investors more valuable.

Sure, you could buy shares of the companies that have the most cash parked overseas, like Apple. Or you could adopt a one-of-a-kind strategy to turn a mere $2 grubstake into $6,872.

It’s an extraordinary trading opportunity… and it may never come your way again. Learn how it works when you follow this link. (No long video to watch, we promise.)

Once more with feeling: As earnings go, so goes the market.

The one notable economic number today is pending home sales — now at its lowest level since early 2015. That’s not a reflection of weak demand, but rather tight supply. Prices continue to rise, offsetting any savings buyers might hope to get from a decline in mortgage rates the last few months.

“As millennials continue to grow up and jump into the housing market, homebuilders are going to need to catch up,” adds Greg Guenthner in today’s Rude Awakening.

“Homebuilders need to ramp up production to meet consumer demand after sitting on their hands for the better part of the last decade. Supply is tight.”

Greg’s been bullish on the homebuilders for most of the last two years. And he remains bullish long term…

How can he be so precise on the timing?

Last Friday he was in Washington for a briefing with CIA Director Mike Pompeo and National Security Adviser Lt. Gen. H.R. McMaster, sponsored by the Foundation for Defense of Democracies.

“Pompeo,” Jim tells us, “said it would not be prudent to assume that it would take North Korea more than ‘five months’ to have a reliable arsenal of nuclear ICBMs that could threaten the U.S. mainland.”

Last Friday was Oct. 20. “The five-month countdown has begun,” says Jim. “War is coming. The only wild card that will prevent a war is some kind of regime change engineered by China and the U.S. resulting in the death of Kim Jong Un. I give that a 20% probability.”

Note: The 2018 Winter Olympics take place in Pyeongchang, South Korea — about 50 miles from the DMZ between the South and the North — between Feb. 9–25.

Assuming Washington doesn’t want to get in the way of the Games taking place, we’re talking a 22-day window between Feb. 26 and March 20. An attack would bring on a massive “safety trade,” with hot money fleeing stocks for gold and Treasuries.

One more tax item today: It’s possible that whatever bill emerges from the D.C. swamp will give a sorely needed break to Americans working overseas.

About 8.7 million Americans live outside the U.S., not including the military. Their first $100,000 of foreign earnings are not subject to U.S. tax liabilities… but every dollar beyond that is taxed both by the United States and wherever they live.

The aforementioned Rep. Kevin Brady tells the Financial Times that this double taxation might go away under the new tax bill. “It is under consideration,” he says.

Which is fine for higher-income expats. But it doesn’t do a thing to help the legions of lesser means who live overseas and can’t afford the $2,000 of annual paperwork required to comply with all the IRS’ other regulations for expats.

Somehow we expect the number of Americans giving up their citizenship to continue setting records under Trump, just as it did under Obama.

“Thank you for posting the chart,” writes the reader who asked for the 10-year chart of the Dow we shared yesterday. “I forgot about the easy money from the Fed.”

The reader had questioned the extent of the economic expansion since 2009. “My reaction,” he clarifies, “was in the small-business area. They seemed to be struggling during Obama.”

The 5: They were, judging by the monthly Optimism Index put out by the National Federation of Independent Business.

But even there, the “single most important problem” part of the survey evolved over the Obama years. Poor sales were a major complaint early on; later as the economy recovered (however weakly) that gave way to taxes and regulation.

The index has jumped to significant highs under Trump. And as we’ve mentioned a couple of times, small-business owners do appear to be benefiting from a slowdown in the pace of new regulations — even if Obamacare hasn’t been repealed and the tax plan is taking longer to come together than many people hoped.

“Each and every link on all of the emails I get from you is not working,” a reader writes. “Can you please fix that ASAP?”

The 5: We’ve gotten a few such inquiries in recent days. Near as we can tell, they all come from Hotmail accounts.

Our email wizards tell me they’re already on the case. The problem is most prevalent among people who’ve bought a “premium” account with something called “safe links.” Apparently they’re a little too safe. Our folks are consulting with the folks at Microsoft to thrash through a solution. We thank you for your patience in the meantime…

P.S. Just in: The U.S. House has passed the “budget resolution” that passed the Senate last week.

It’s not an actual budget… but under Washington’s arcane rules, passage of this measure does clear the way for the Senate to pass a tax bill with a majority of 51 instead of 60. As Business Insider explains, it’s “the last procedural step before the GOP can move to fast-track tax reform legislation.”

Tax legislation inevitably showers money on special interests. And if you know where to position yourself, you can collect some of that money for yourself.

How much? Wait till you see this…