How to Trade After Hours

“The clothing and accessories retailer announced EPS [earnings per share] and revenue that surpassed Wall Street expectations,” CNBC continues. “The company’s dividend was increased 5%, and guidance for the upcoming year looks very strong. 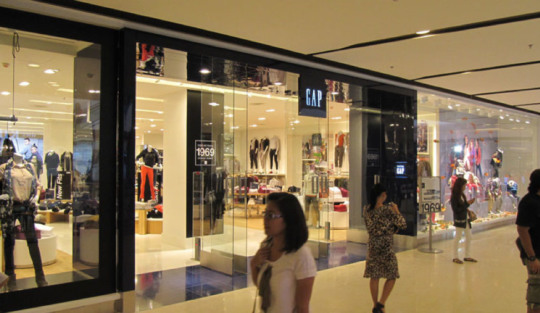 “Analysts expected same-store sales to increase by 1.7%, but Gap beat those expectations with a 5% increase.”

Standout news for the classic denim retailer… but the real story’s extended trading.

Even though the New York Stock Exchange opens at 9:30 a.m. EST and the closing bell rings at 4 p.m., institutional and deep-pocketed individual investors frequently trade during extended hours. Pre-market trading starts as early as 4 a.m. and post-market trading closes at 6:30 p.m…. or later.

But it’s not just for ultra-wealthy investors: “Electronic communications have pushed the exchanges to offer everyone the opportunity for trading after hours,” says our penny-stock ace Tim Sykes.

“Because buying stocks outside the regular trading hours,” he says, “gives you the chance to get in early on swings.

“You could short a stock on relevant news in extended trading,” Tim continues, “and then buy it back in the morning when it’s down below what you originally bought it for.

“It could be a surprise loss you’ve come across in the early morning hours or when everyone else is having dinner with the family, letting you make some quick cash on a short sell.”

Or — as in the case of Gap — it could be a surprisingly sunny earnings report.

Trading after hours also means risk “if you’re not paying attention to the right things.”

Tim looks no further than Chipotle in 2015 for an example of after-hours trading gone bad.

“Rumors that Chipotle stock had hit its bottom and would start rebounding right before an earnings call caused stocks to shoot up 10%, but only a minute later it fell 50 points.

“If there’s an earnings call,” Tim says, “you need to listen to what the executives are saying, because this swings stock prices almost as quickly as the execs can get a sentence out… but the lesson is not to act on the first media report you read.”

First, know the rules for extended-hours trading: It differs from what goes down during bankers’ hours.

“Now that you know what after-hours trading is and when it takes place, what data do you follow to make a decision pre-market or after hours?”

“That would include GDP, retail sales, weekly jobless claims and U.S. employment reports (which comes out on the first Friday of every month at 8:30 a.m. EST).

“It gets tricky, though, for pre-market trading because most of these economic reports come out around 8:30 a.m., so there’s not much time to get ahead the market,” Tim says.

If you’re pursuing small-cap or penny stocks, you’ll want to keep your ear to the ground when it comes to press releases and media attention. Tim calls these “catalysts” that might move the price of shares rapidly — up or down — while other traders are uninformed.

And you can’t forget earnings reports.

“Earnings sessions can be a gold mine,” Tim says. “These take place during the one–two weeks after the end of each quarter, so mid-January, April, July and October.

“Earnings come out before the market opens and after it closes,” he continues. “That’s why after-hours trading can be a bit more exciting than the regular 9:30–4:00 business.

“When these earnings come out they can be a bit of a shock to the stock, with major price movements, while most others aren’t paying attention.”

Last, Tim says: “Nasdaq offers a pre-market indicator you might want to check out.

This is Nasdaq’s attempt to gauge investor sentiment before the market opens.”

Tim’s conclusion? “I’m hoping you’ll use this knowledge to test your talents and become my next millionaire student.

“Long story short, be VERY careful trading outside normal hours, as there are different rules and much greater risks too,” Tim says, “but if you’re prepared, you can catch some big moves before everyone else realizes what’s going on.”

[Ed. note: Tim Sykes believes everyone needs guidance when it comes to trading stocks. He’s mentored hundreds of students and, along the way, developed a proven strategy for drawing money out of the penny-stock market… while staying away from Wall Street’s BS. Watch his groundbreaking event here before it goes offline Sunday.]

It’s shaping up to be a down week for the broad market.

Gold has likewise struggled this week — the bid $1,311 as we write.

The industrial production numbers look more robust — up 1.1% in February, according to the Federal Reserve. Manufacturing and mining both look solid, utilities less so.

“Microcaps are up almost 11% since the February bottom, easily beating their large-cap cousins,” says Greg Guenthner.

“As it turns out, the tiniest stocks on the Street are leading the market off its lows: 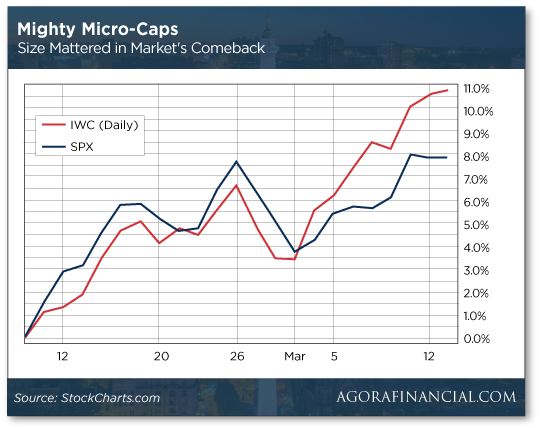 “The blue line represents the performance of the large-cap S&P 500 since the market bounced off its lows last month,” Greg explains. “The market’s biggest stocks have posted an impressive recovery, bouncing nearly 8% off their lows.

“But check out microcaps! The red line represents the performance of the iShares Microcap ETF over the very same time frame.”

Greg says: “If you had the guts to buy stocks into the teeth of this correction, you deserve a pat on the back.”

Greg was onto something about a week ago when he noticed this trend: “The S&P 500 usually posts a double-digit drop from its highs every three years or so.

“Naturally, these 10%-plus corrections provide investors with the perfect chance to put their money to work buying cheap stocks.”

If you didn’t (or couldn’t) act on Greg’s small-cap recommendations, there’s still time to grab shares!

American Keg would have to raise the price of steel kegs by 30% to stay in business.

The blue-collar manufacturer is just the type of small business the Trump administration loves to applaud. (Heh. Remember “Steve’s Bike Shop” in the GOP tax code?)

But applause aside, American Keg’s 20 employees might be out of jobs….

An article at Reason says, “The tariff applies only to raw or unfinished steel (sheets or rolls, for example), and not to steel-made products imported into America.”

“Downstream imported products made outside of the U.S. that use a lot of steel will still be priced cheaply,” Czachor says.

So “foreign keg manufacturers will be able to make and sell their products to American breweries for pretty much the same price as today,” says Reason.

But… but… good steel jobs, right? “Trump’s tariffs could grow the steel, iron and aluminum industries by about 33,400 jobs,” Reason points out.

“On the flip side, the tariffs are projected to wipe out more than 179,000 other jobs.

Gold — quite literally — fell from the sky Thursday as a cargo plane’s hatch opened up, dropping 9 tons of gold-silver alloy bars on and around an airport runway in Yakutsk. 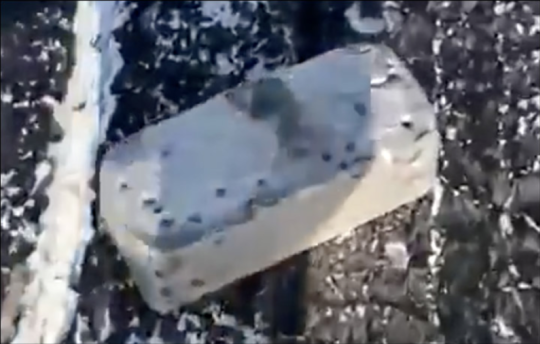 “The company that owns the bars has announced a full recovery,” says MarketWatch, “although the whereabouts of diamonds and platinum originally reported as part of the cargo remains unclear.”

Company employees rounded up the wayward gold and silver bars estimated to be worth $368 million. (Of course, workers had to pass through metal detectors and get frisked by police before they were free to punch the clock at the end of the day.)

People in Yakutsk aren’t convinced the cache has been completely recovered; treasure hunters are crowding the airport and its environs, hoping to hit the jackpot. “It was reported that all flights to Yakutsk are overbooked as people join the rush,” says MarketWatch.

If you’re thinking of joining these new-age “forty-niners,” make sure you pack your long johns… Yakutsk is located in the coldest region in Russia. Today’s forecast? High temperature of 41 — not too bad. But it’ll dip down to a bone-chilling negative 13 degrees.

“About your service recap issue,” a reader writes after Wednesday’s 5...

“Yes, it is packed with a variety of ideas and opinions, but occasionally you DO give out a free trade idea. Two come to mind immediately, both courtesy of Jim Rickards.

“In the days leading up to Brexit, Jim was one of the few people to publicly state that the pro-Brexit crowd stood a realistic chance of winning, and suggested selling the pound, the theory being if they lost, the pound probably wouldn’t move all that much, and if Brexit passed, the pound would drop like a rock.

“I took him up on that idea and placed a trade selling the pound against the dollar in my forex account. As the votes began trickling in I went to dinner (I’m in Florida), and by the time I got home it was clear Brexit was going to pass and the pound had dropped 1,500 pips (a pip being worth $10). I got out around the low that night and you can do the rest of the math.

“A few months later Rickards was again one of the few who said Trump stood a good chance of pulling the upset, and suggested we buy gold under the theory that a general panic would send people flocking to the safe harbor. Since I was way ahead already on his last reco, and because his theory was essentially the same (a Hillary win would probably not cause any movement in gold, but a Trump win, or at least the appearance that he might win, would cause gold to shoot up) I took another shot and bought while the East Coast polls were still open.

“We all know how that one turned out, but as the early returns came in, gold shot up from $1,275 to $1,337 an ounce over the next few hours. I didn’t get out at the top but still made a bundle on the trade.

“My point isn’t to brag. It’s to let your new readers know that as long as you are paying attention and do your own homework, you can get a lot more than just information from The 5. So spend the five–10 minutes a day digesting what the fine folks from Agora send out each weekday, and when opportunity knocks, open the damn door.

“And thanks to Jim Rickards, my subscription has more than paid for itself many times over (that’s a joke, for those of you with impaired senses of humor).”

The 5: That’s true — sometimes it’s possible to “read between the lines” and execute your own buys and sells independent of what the editor does in a paid publication. Good on you!

P.S. We know the aforementioned Tim Sykes can be a little brash and in-your-face.

But what he did at a recent talk show appearance had people gasping for air.

You won’t find the video at any of the usual places. You’ll only find it here — and only through this Sunday at midnight.