The Social Security Default of 2019

Something happened yesterday that hadn’t happened since 1982. The last time it happened, the government effectively defaulted on Social Security.

What happened was this: Social Security’s trustees issued a report forecasting the program would pay out more in benefits than it collected in revenue this year. The program will have to dip into its trust fund to pay out everything promised.

We’d better back up a moment. As you might know, the “trust fund” is an accounting fiction.

If you’re paying FICA taxes, that money gets dumped into the general fund along with your income taxes, gasoline taxes and everything else. The money gets spent immediately on everything from farm subsidies to fighter jets.

In other words, there’s no “lockbox” for Social Security — to borrow the term made famous by Darrell Hammond sending up Al Gore on Saturday Night Live.

Or as former U.S. Comptroller General David Walker said at an Agora Financial event in 2010, the trust fund “can’t be trusted, and isn’t funded.”

That said, the Social Security trustees figure they have enough paper clips and rubber bands to hold the program together in its current form through 2034. That’s the same as last year’s forecast.

At that time, old-age and survivors benefits would have to be cut by about 25%.

Curiously, the outlook for Social Security Disability has improved dramatically.

But those measures, we were told, would only buy time until 2022. At that time Congress and the White House would have to concoct yet another stopgap.

Lo and behold, the new forecast from the Social Security trustees says disability benefits can be paid out at current levels until… 2032. 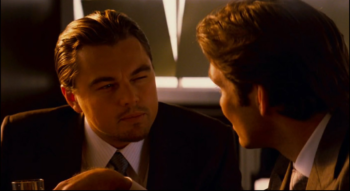 Back to 1982 — which was the last year before this one in which Social Security paid out more than it took in.

The following year, Congress passed and President Reagan signed a Social Security “reform” measure, following recommendations from a panel chaired by Alan Greenspan, the future chairman of the Federal Reserve.

In both cases, the government defaulted — that’s not too strong a word — on promises it had made going back nearly 50 years.

Yes, one could plausibly argue for raising the retirement age as life expectancy grows.

“Take a step back and think about that,” says Nilus Mattive of Agora Financial’s Rich Life project.

“You pay into the system through dedicated taxes for several decades. The whole purpose is funding a program that will eventually make payments back out to you. Then when it’s time to finally collect, the government taxes the distributions all over again! This is absolutely crazy.”

Worse, the income threshold where taxes kick in has never been adjusted for inflation. Then and now, you pay tax on “provisional income” above $32,000. (The figure is calculated by adding up your gross income, tax-free interest and 50% of Social Security benefits.)

To which we can only say… 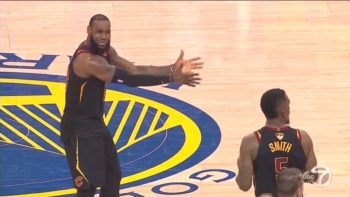 “What was initially designed to target a small segment of the population now blankets a large swath,” says Nilus. By IRS estimates, about two-thirds of all Social Security beneficiaries now have a portion of their benefits taxed.

And the scary part: The 1983 reforms fixed a minor shortfall in Social Security — unlike the major one now.

“In the early 1980s,” writes economist Charles Blahous from the Mercatus Center, “they merely had to get through a relatively small near-term solvency crisis before entering decades of previously projected surpluses as the baby boomers moved through the workforce.”

In addition, the biggest burden of the tax increases and benefit cuts fell on those who were age 11 and younger at the time. In other words, those too young to vote.

Fast-forward 35 years and there are no surpluses in Social Security’s future. Adults will have to shoulder more of the burden.

And legislation could easily come next year, after the midterm elections. That, too, is how it went down in 1983.

What will be the new “full retirement age”? Will spousal benefits go on the chopping block? Will an unlimited amount of income be subject to FICA tax, unlike this year’s $128,400?

We don’t know the answers to those questions. We only know you’re going to have to take more responsibility for ensuring a secure retirement income.

The aforementioned Nilus Mattive has 316 ideas for you to do just that, in a book called The Rich Life Income Bible. “Each one of these little-known secrets can lead to a steady source of income,” he says — “which all add up to the lifestyle you want and deserve, now and in retirement: Travel. No downsizing (unless you want to). Gifts to the grandkids. Not worrying about money.”

It’s 500 pages, yours free for giving Nilus’ Rich Life Letter a try. No obligation. Grab your copy right here — no long video to watch — and we’ll ship it to your door pronto.

When the day of reckoning arrives, “it could mean that hospitals, nursing homes and other providers of medical care would be paid only part of their agreed-upon fees,” says The Associated Press.

We think that severely understates the case. We’ve said for years the medical system as you know it is doomed. Maybe the feds can buy a little time after 2026… but the system faces a catastrophic crackup regardless.

We don’t have much to add to what we said most recently on the subject in February. You might want to give it another look.

OK, we have one other thing to say, inspired by a maddening line within the Associated Press story about Medicare.

“It’s not just the growing number of beneficiaries with the baby boom generation moving into retirement,” the article reads. “It’s also the unpredictability of health care costs, which can be jolted by high-priced breakthrough cures, and which regularly outpace the overall rate of economic growth.” (Emphasis ours.)

Ugh, not this again.

When the free market is allowed to do its thing, you end up with progressively better goods and services for progressively lower cost.

But somehow we’re supposed to believe medical care is “different.”

Well, it is when it’s run in an extortionate manner by a government-protected cartel. That’s how Gilead Sciences charges Americans $84,000 for its hepatitis C treatment Sovaldi… while charging Egyptians only $900.

Now we’re done and we can move on to the markets today.

Although there’s not much to say. The tech-heavy Nasdaq and small-cap Russell 2000 are reaching higher into record territory.

The only economic number of note is the trade deficit, now at a seven-month low of $46.2 billion. That will give a lift to the second-quarter GDP numbers. However, the deficit with China grew to $28 billion — which probably won’t do anything to help U.S.-China trade talks make any progress.

Let’s get right to the mailbag, where one of our longtimers has had an uncomfortable run-in with one of our most long-standing themes. We called it “new taxes and weird fees.”

“Some years ago, maybe seven, Addison Wiggin wrote some brilliant assays of the changes coming to America if we continued down our path of growing deficits.

“He said you would feel it at the local level first, probably starting with weird fees and other charges from cash-strapped governments.

“Well, I see someone in a yellow vest crawling around in my front yard, literally ‘poking around’ with a pole, jabbing it into the yard at random places.

“I apparently startled her when I opened the door to inquire, and she blurted out, ‘Are you the homeowner?’ Clearly, one of the sharper government ‘workers.’

“I advised her I was the owner, and reminded her that she was not.

“She said she knocked on the door, which was a lie because I saw her from the moment she got out of her vehicle.

“Anyway, she clearly fit the mold of a government employee who continued to act as though she had the entire city government at her disposal and if I gave her any trouble she would bury me in fines, and maybe worse.

“Anyway, after 25 years of living in this house, I was advised the city somehow missed getting a certification on the anti-backflow valve on our sprinkler system, and she needed to record the serial numbers.

“The city would then send a fee ($50) to cover her coming out, which she will do each year. I guess to make sure the valve is still there.

“Along with that bill from the city, I will receive another list of city-approved back-flow testers who would actually come out and perform the test for $50–100. Once tested and passed, I would then send the certificate of pass back to the city.

“I’ll spare you all of the ridiculously stupid things this ‘worker’ said while she was invading and jousting with my yard but one so you have a flavor.

“Just from curiosity, I asked how, after 25 years of never testing did the city discover our neighborhood was missed.

“Such a ridiculous comment required at least one follow-up, so I asked how any neighbor would know who was getting billed and who wasn’t since she had already informed me that my neighborhood had been missed.

“And the weird fees and charges at the local level have begun.”

First, you remember the essence of the theme very well.

Second, state and local finances will be in a world of hurt whenever the next recession rolls around — fewer people with jobs and paying taxes, more people without jobs and going on Medicaid. And according to Moody’s only 15 state governments have enough reserves to ride it out.

Third, while it obviously didn’t happen in your case, we can’t help wondering if America’s present-day snitch culture will see people turning in their neighbors for evading those “new taxes and weird fees.”

P.S. Tomorrow, lawmakers in Canada are set to legalize recreational cannabis nationwide — from the seaside cliffs of British Columbia to the rocky shores of Newfoundland.

But here in the States, our Ray Blanco is eagerly watching another development in the pot space. It’s flying under the mainstream radar. And it could easily break the same moment that Parliament votes.

A small grubstake has the potential to swell to $1.2 million… but only for the bold.

Are you one of them?

Decide for yourself at this link.