The “Myth” of Managing Risk

“J.P. Morgan Chase is about to lob a grenade into the increasingly competitive world of retail investing,” says CNBC.

The bank’s launching a new trading app next week called You Invest, targeting millennials — who might already be using other discount brokerage apps — and first-time investors.

And the largest bank in the U.S. has the upper hand over other discount-trading services like Robinhood, TD Ameritrade and Charles Schwab in that “it already has financial ties with half of American households.” (Half!)

“When its engineers flip a switch in coming days,” CNBC reports, “more than 47 million people who already use the company’s banking app or website will gain access to the new service.” 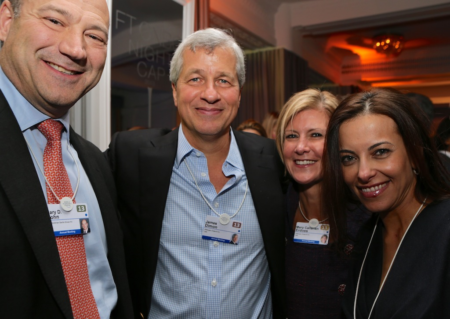 Jamie Dimon and co. — the Amazon Prime of Trading

The You Invest app’s been two years in the making… and it’s an open secret JPM’s CEO Jamie Dimon’s modeling the service after Amazon Prime membership.

“If you’re a good account, it’s no different than Jeff Bezos doing the $99 Prime and adding services to it,” he says. (By the way, Amazon Prime membership increased to $119 in May… hope Dimon’s budgeted for that. Heh.)

As for the app’s services: “All customers get 100 free stock or ETF trades in the first year, an offer that becomes permanent for those with Premier-level bank accounts, which require a combined $15,000 held at the bank…

“Most investors don’t typically need more than 100 trades a year,” says CNBC, “but if they exceed that amount, they’ll be charged $2.95 per trade, which still undercuts most rivals.” (High-rollers — with accounts of $100,000 or more — get unlimited free trades.)

Signing up for the bank’s app takes three minutes and “users can construct diversified portfolios with an automated tool called portfolio builder by inputting their risk tolerance and objectives.”

Every trading platform, in fact, asks the same question: What’s your level of risk tolerance?

And penny-stock trading expert and teacher Tim Sykes has this to say on the subject: “Following traditional financial advice is among the riskiest of things you can do with your money.”

Conventional wisdom, Tim says, assumes you can manage risk by…

Tim believes this is no way to build wealth — for generations to come or even for retirement.

“Let’s back up a minute, though, and look at what a portfolio that follows these assumptions looks like in real life.

“Now let’s assume your salary grows a few percent a year and that inflation holds between 2–3%.

“If you follow the investing model described above, do you know how much you’re going to wind up with? Not even $850,000,” Tim says.

“You aren’t just a little short — you’re millions of dollars off!

“And that’s something that no amount of diversification is going to fix.”

(Which do you prefer: Alpo or Purina? We’d laugh if it weren’t so true… )

“I can’t think of anything riskier you could do than to hinge your comfort, your happiness and your enjoyment of your golden years on traditional financial ‘wisdom’!” Tim says.

Tim’s short answer: “You can get rich off trading penny stocks.”

Sounds really risky, right? But give Tim a fair hearing…

“With everything the media have done to put down penny stocks and the people who trade them,” he says, it’s no wonder so many people believe it’s one of the riskiest things you can do with your money.

“If that’s not enough to convince you that day trading isn’t nearly as risky as people say it is,” Tim says, “you need to know that there are several things you can do to cut your risks.”

1. Learn to cut your losses

This is the bottom-line reason day traders lose money.

“They get emotionally invested in a company’s ‘story,’” Tim says, “or they fear taking a loss and hope the stock will bounce back.”

Here’s the thing, Tim says: “Penny stock trading isn’t about finding future winners and getting in at the ground floor.

“It’s about spotting companies that are going through predictable price action patterns and using them to your advantage.

“Once you start to think of your trades in these terms, you cut your losses automatically because now it’s all about the numbers,” he says.

“If you learn this, you can pretty much eliminate your risk of taking major losses.”

“Thinking about cutting your losses is one thing — stop loss orders are the tools you use to put this thinking into practice.”

For example, you’ve put money on a stock you think might be the next big thing.

Tim says you don’t let your money ride all the way to the top; instead, “you ride it to a certain point where you’ve made the profit you wanted, and then you get out.

“You can do this by executing a stop loss order for that exit point that tells your broker to execute your sell order when the stock hits a certain price.”

That’s tough to do, Tim says, “but getting out when you know your profits are secure is what will keep you in the game for the long run.”

Tim asks — rhetorically: “Would I rather wipe out 5% of my account or 50%?” And that’s the question traders should ask themselves when executing trades.

“These aren’t the only things you can do to cut your risk,” Tim says, but always “be deliberate in your portfolio choices.

[Ed. Note: Not sure what you think about what Tim has to say? That’s understandable.

But following conventional advice — building a nest egg with a 401(k), buying and holding mainstay stocks and praying that you get 10% returns every year — will leave your retirement account millions in the red.

The bad news is you’ve been working too hard… for too little.

The good news? You can stop!

Check out this 51-second LIVE DEMONSTRATION to see if this is right for you.

But… if you want a chance to bring home thousands of dollars starting this week, you MUST watch this brief clip before FRIDAY at 3 p.m. You’ll understand once you watch it.]

“BOOM!” says Alan Knuckman. “After seven long months, we have finally hit a new all-time high in the S&P 500!

“That’s more than 12% above the broad market barometer’s current level.

“More importantly,” he says, “the S&P’s milestone tells us that the bull market is alive and well — with much more upside ahead!”

We’ve gotta hand it to Alan… When the market topped on Jan. 26 and everything went nuts starting on Feb. 2, Alan accurately called the bottom a week after that. 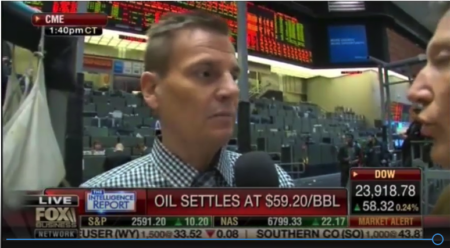 “Say what you will about this market,” income and retirement expert Mike Burnick says, “but there’s one thing it surely has going for it: longevity!”

While talking heads were trumping up the longest bull market in history yesterday, Mike was asking, “What’s next?”

He says, “We could have up to two more years of this bull run left.” (If you read yesterday’s issue, James Altucher agrees.)

“But here’s the kicker,” Mike says, “as the bull gets older the money in the markets will shift considerably.

“Today’s leaders will be tomorrow’s laggards and vice versa until we start the whole cycle again,” he continues.

What’s problematic is predicting when this shift is going to occur.

“Here’s how I expect the rest of this bull run to play out,” he says, and which sectors have the best upside in the meantime:

Bonus sector (that should be no surprise to readers of The 5): financial stocks.

“Banks are a prime beneficiary of rising interest rates and lower taxes, plus they’re attractively valued after underperforming in the market recently.

Saudi Aramco is scrapping plans to go public in what would’ve been the biggest IPO ever.

“The proposed listing of the national [oil producer] was a central part of Crown Prince Mohammed bin Salman’s reform drive aimed at restructuring the kingdom’s economy and reducing its dependence on oil revenue,” says Reuters.

“The prince announced the plan to sell about 5% of Aramco in 2016 via a local and an international listing, predicting the sale would value the whole company at $2 trillion or more,” the article continues.

“Several industry experts questioned whether a valuation that high was realistic, which hindered the process of preparing the IPO for the advisers.”

The final word from “sources”? “It has been postponed until further notice.”

“Bowing to pressure from People for the Ethical Treatment of Animals…[Nabisco] is rolling out new box artwork for the small, animal-shaped cookies, with the lion, giraffe, elephant, gorilla and zebra set loose and roaming wild.” 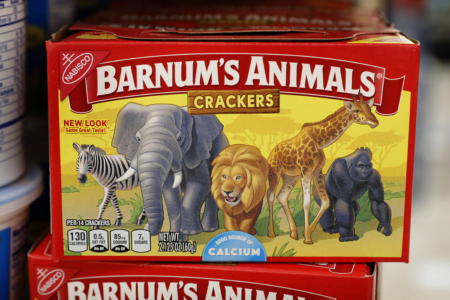 “We’re delighted,” says PETA spokesman Ben Williamson. “We’re celebrating the redesign just as we celebrated the end of the circus.”

PETA first reached out to Nabisco in 2016 expressing concerns about the box depicting animals in caged boxcars, ostensibly on their way to the Greatest Show on Earth. (Under similar pressure from PETA, the Ringling Bros. and Barnum & Bailey Circus folded up the big top for good in 2017.)

Oh, and PETA went so far as to offer a mock-up of an animal cracker box sans bars; once Nabisco submitted its new artwork for PETA’s approval, the image was “remarkably similar” to PETA’s.

“PETA has no plans to file a copyright infringement lawsuit,” the article says.

Mighty generous of the SJWs.

Some people are calling it the “easiest way to invest” and “easy money” — but you’ll have to click here to see it.

But you must watch this brief clip before Friday at 3 p.m.