No matter what you think about Warren Buffett, one thing’s undeniable: The guy’s got longevity going for him. Along with a few billion other things…

Uncle Warren’s still going strong at 88 years of age. He continues to work five days a week — at an age most Americans have been retired for 20 years or more.

When asked what his secret to long life is, Buffett says, “I eat like a 6-year-old.”

To that point, his romance with Coke is legendary; starting with breakfast, Buffett enjoys a Coca-Cola four times a day. He’s even gone on record saying the soft drink accounts for a quarter of his daily caloric intake (2,700 in total, in case you’re wondering).

Some of his favorite snacks? Peanut brittle, chips, fudge and Blizzards from Dairy Queen.

In fact, Buffett’s Berkshire Hathaway bought Dairy Queen in 1998 for $585 million; he’s known to frequent his local Omaha DQs for business lunches with the likes of fellow billionaire Mark Cuban. 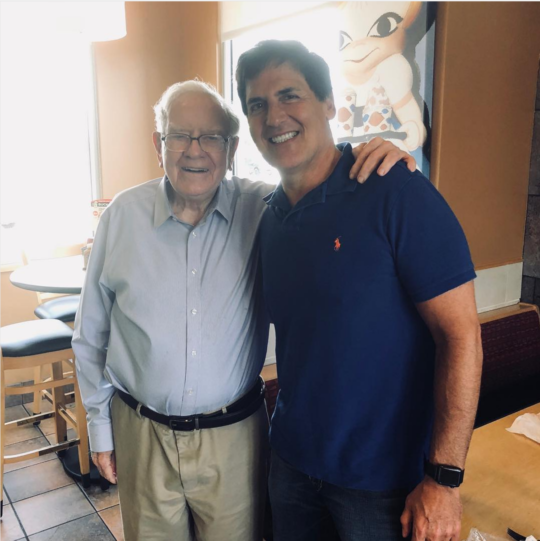 Cuban picked up the tab.

Warren must mean what he says: “Never invest in a business you cannot understand.” Apparently, Buffett really gets DQ….

“Many of the companies producing the delicious snacks that round out Buffett’s diet also round out his portfolio,” Zach says. “He loves world-class companies that control widely recognized consumer brand names and churn out buckets of cash flow every year.”

Zach does, too. “And right now is a great time to add to our collection,” he says, “not only for its juicy 4.2% yield, but also because of the protection it offers.”

So part of Zach’s strategy here is to get defensive.

“While the S&P 500 is still trading near its all-time highs,” Zach says, “most of the gains in recent months have been concentrated in just a few large, popular and expensive stocks.”

You can probably guess which stocks: “Names like Amazon, Apple, Microsoft and Netflix. Those four alone accounted for 84% of the S&P 500’s gain in the first half of the year.”

Throw in tech giants Facebook and Alphabet (Google) and “you’ll see they cover more than the entire gain in the market through June 30,” says Zach.

“And that’s actually good news for us,” Zach says. “While everyone else is following those few momentum stocks, we can find bargains elsewhere.

“The best place to look is among those boring businesses that churn out low growth but extremely reliable cash flows.”

“Since people purchase these things no matter what the economy is doing,” Zach says, “consumer staples are considered noncyclical stocks.

“They tend to outperform during market corrections and recessions, which is why people consider them defensive stocks.”

In other words, these are the stocks you want to be holding when the SHTF…

“Thanks to the bull market, investors aren’t thinking defensively,” Zach says. “Consumer staples are now at an all-time low as a percent of the total market capitalization of the S&P 500.”

Take a look at this chart: 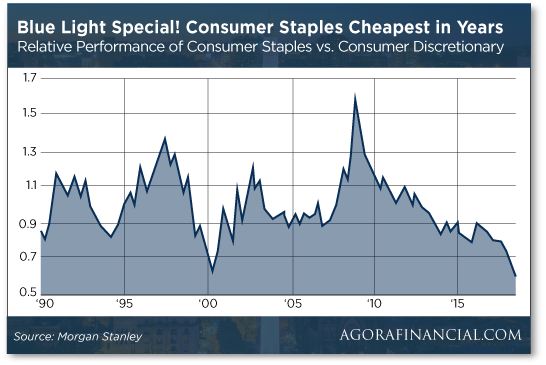 “The relative strength of consumer staples hasn’t been this low since March 2000.”

“In fact, while it isn’t shown in the graph,” Zach says, “the sector hasn’t been this relatively cheap since the all-time low hit in November 1980.”

Now consumer staples are out of favor compared with the rest of the market… and they’ve never been so enticingly low-priced.

“When the big, popular tech stocks of today inevitably run out of momentum,” says Zach, “their investors are going to flee.

“They’ll need a safe place to put their money — creating a rush into defensive stocks like consumer staples.

“So the smartest thing for us to do is get into position before that rush begins,” Zach says.

“Remember, these companies are already producing steady cash flows…ensuring nice, stable dividends that should hold up even in a downturn.

“If a downturn comes,” Zach concludes, “we’ll have a chance for big capital gains too.”

To learn about those — and other income-producing stocks — click here.]

To the markets where the Dow’s gained 250 points, exceeding January’s all-time high.

While sales increased in the Northeast and Midwest they effectively offset downturns in the South and West.

“With [China’s] economy slowing down and stock markets faltering, there’s probably a different route through which China can hit back at the U.S.,” says an article at International Business Times at its Indian website… not its U.S. website.

(Jim Rickards includes this article in his “5 Links” at Strategic Intelligence. While the article addresses de-dollarization — something showing up on the regular at The 5 — we can only surmise the theme plays better to an audience that’s more hip to de-dollarization?)

The article continues: “China has long nursed the ambition to create an alternative to the U.S. dollar as the currency for cross-border trade…

“If China begins to back the yuan with its gold reserves, it could kill the U.S. dollar.”

As further evidence of China’s intentions, the IBT mentions China’s yuan-pegged oil futures launched in March, predicting the death of the petrodollar.

If China has deep gold reserves — up to 20,000 tons, the article guesses — “Beijing can take on the U.S. dollar by using gold for international trade.

“Trade war will then take a different hue,” says the IBT, “and sanctions founded on geopolitical issues would have less impact.”

By the way, Jim didn’t highlight this article for its accuracy; instead, Jim says, “It’s a good example of how the rumor mill is working overtime on the subject of China and gold.”

First, “the article suggests that China may have 20,000 tons of gold.

“The article then goes on to suggest that China could back the yuan with gold and displace the dollar as the global reserve currency.

“That’s also nonsense,” Jim says. “China’s money supply is over three times larger than the U.S. money supply but it only has 20% as much gold.

“More likely,” Jim says, “is that China would support some alternative to the dollar that does have the proper legal credentials, such as the IMF’s special drawing rights, SDRs.”

On its own, China and its gold reserves don’t pose an imminent threat to the dollar’s dominance but “it should be a worrying signal to the U.S. Treasury when combined with gold acquisition programs by Russia, Iran, Turkey, Brazil and other members of the new Axis of Gold.”

According to an article at Bloomberg: “As U.S. household debt rises and wages stagnate, millions of Americans are thinking about tapping into home equity to keep up with day-to-day expenses.”

“Cash-strapped millennials, low earners and the less educated were most likely to think home equity offered an appropriate solution to ordinary bills.”

Those who said it’s an “appropriate solution”?:

“These people are living paycheck to paycheck with little or no emergency savings — and they’re scraping up money any way that they can,” says John Hope Bryant, CEO and founder of Promise Homes Co.

As for emergency savings, nearly a quarter of Americans have none. This as household debt’s reached an all-time high at $13.3 trillion.

And HELOC interest rates are the highest they’ve been since 2008 at about 6%.

Thanks, Captain Obv — well, you get it.

“People trapped in war-torn or disaster-ravaged areas desperately need food and medical supplies,” says a Forbes article. “But how do you get it to them?”

A meaningful question, particularly in the wake of hurricanes Florence and Maria when washed-out roads mean supplies can’t reach those affected.

Aeronautical engineer Nigel Gifford — founder of the U.K.’s Windhorse Aerospace — believes he has the answer with Pouncer drones “that can not only deliver supplies to civilians, but also are partially made of items they can eat.” 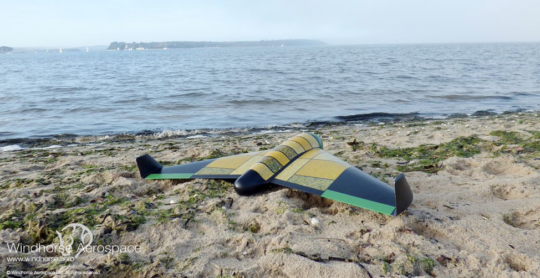 “The plan is to build three models, all launched from either an aircraft or from the ground, that can carry different weights and travel different distances,” Forbes says.

Unmanned vehicles have the added benefit of keeping pilots out of harm’s way; furthermore, drones can “land in very tight spots and end up in the right place with a high degree of accuracy.”

All of the Pouncer models — the largest having a 9-feet wingspan — will be constructed of wood and packed with everything from pasta to dried meat.

Eventually, Gifford would like to replace the wood frame with foodstuff. In the interim, he suggests the frame can be used for firewood.

The market for an edible drone? Gifford will target NGOs and aid agencies, and he expects to complete construction of Pouncer drones by the end of the year.

Gifford knows a little something about bringing an innovative product to market: He sold his solar-powered drone company Ascenta to Facebook in 2014 for $20 million.

P.S. Zach Scheidt’s anticipating what he calls an “extreme income event.” It’s a brief window of opportunity to bank hundreds or even thousands of dollars in advance of the S&P 500’s sector shakeup. Stick with The 5; more details to come…