Don’t OWE the Bank — BE the Bank

Ever owed money to a bank? “What if you were the bank,” says our income specialist Zach Scheidt, “lending out cash and receiving it back with interest?”

(You probably see where Zach’s going with this…)

“A bond is nothing more than a way for companies to borrow money from the public,” Zach says. “It works with a bank or a broker to create the bonds.

“Unfortunately, many investors think they’re too complicated to bother with…so they essentially pass up an easy way to earn extra cash.

Unlike loans some Americans sign for, companies can’t default. “The CEO and board of directors can’t simply decide to skip a payment,” Zach says. “It doesn’t matter whether the company is profitable or not.”

Zach says bond payouts might be on par with dividends when it comes to income production — and Zach’s a big fan of dividends… but dividends have drawbacks.

Dividends “can be cut or even eliminated” whereas “if you buy a bond, the company is legally obligated to pay you back. And until it does, it is required to send you interest checks every six months.”

“The biggest danger to a bond’s payouts is if the company goes bankrupt,” Zach says, “meaning it no longer has money to pay its obligations.”

We’ve seen a few companies go belly-up in the past year — Toys R Us immediately comes to mind.

Here’s the thing: “If that happens, all of the company’s assets are typically sold and the proceeds are given to the company’s creditors.”

Since bondholders are technically creditors, they can get in line for the leftovers. Not great, Zach concedes, but far better than what shareholders get if a company goes under.

“Shareholders are typically at the end of the line when it comes to a company’s assets. Not only are they left holding worthless stock shares, but they often don’t receive anything from the bankrupted company.”

Of course, Capt. Obvious would say, “Don’t buy a bond from a company headed for bankruptcy.” Good thing there are plenty of solvent bonds to choose from…

Zach provides a bond lexicon, if you will…

“[The company] decides how long it wants to borrow the money for — an exact date known as the bond’s maturity,” Zach continues. “The company pledges to pay the bondholder $1,000 on that date, if not before.”

But you wouldn’t just lend a company a thousand bucks for them to simply return the same amount, right?

“The company also decides how much interest it’s willing to pay on that loan,” Zach says. “It’s a fixed percentage based on the $1,000 par value, known as the yield.

“The company pays that interest every six months over the life of a loan, known as a coupon payment.”

Keep in mind, established companies with long track records don’t need to offer high-interest payouts. Investors are attracted to these bonds because of the company’s solid reputation.

On the other hand, new companies — or companies the proverbial vultures are circling — have to offer higher interest rates. These companies have to make it worth investors’ while to make a risky bet.

“And this is where things get interesting,” Zach says. Who knew the bond market could be so juicy?

“As I said, bonds are initially valued at $1,000. But once the company sells the bond, the buyer is free to sell his or her bond to another investor.

“This is known as the secondary market,” says Zach, “where bonds can trade above or below their par value based on investor demand.”

In other words, the secondary market is subject to the vagaries of Economics 101 — supply and demand.

“Many bonds were created during the last financial crisis,” Zach says, “when investors were wary of long-term investments.” Resulting in companies offering high-interest coupons to entice buyers.

“Then the economy got stronger — and so did the companies that issued these high-yield bonds,” says Zach. “What seemed like a risk back then now looks more like a sure thing.”

Since then, it’s been a case of out of sight, out of mind: “Investors have forgotten these bonds exist, so you can buy them at or even below par value.

“That means you can lock in a great yield for a low price.”

[Ed. note: “Your portfolio can’t thrive on stocks alone,” says Zach. “Fact is investors are figuring out that stocks don’t always go up in a straight line.

“To limit the damage from any ups and downs, you should consider padding your portfolio with investments outside of regular stock trades.”

Readers of The 5 will recall Nomi Prins’ thesis that corporate bonds — in general — are at risk this year… that’s all the more reason homework’s more important than ever.

And Zach does the heavy lifting for you at Contract Income Alert.

If you follow Zach’s recommendations, you won’t have to worry about wild market swings again… while earning much more wealth than you’re likely to see in stocks alone.

Don’t wait to get started — access closes TONIGHT at MIDNIGHT.]

To the markets, where Alan Knuckman — from the trading pits at the CBOE — takes notice of the “First Five Days” Indicator.

To wit, Alan takes us back to the good ol’ days of high school physics — an object in motion, tends to stay in motion. To Alan’s way of thinking, the resulting momentum applies to stocks, too.

“Market momentum is such a strong force that investors can often look at the performance of the first five trading days in January to predict the rest of the year.

“Simply put,” says Alan, “if the S&P 500 is up for the first five trading days of the year, there’s a good chance that the index ends up the year in the green.”

According to the data, the indicator’s proven true 36 out of the last 44 years — that’s 82% of the time. Not a bad track record…

Despite the partial government shutdown, the Labor Department spat out the monthly inflation numbers today — still running 1.9% year over year despite another drop in gasoline prices.

Retail stocks got hammered yesterday, in spite of robust holiday sales; Macy’s stock, in particular, had its worst day in history — down almost 18%.

Speaking of stocks investors are loving to hate right now…

“Which actually makes it a great time to invest in tech companies with automotive exposure,” Ray continues, as he scours the exhibit halls at the Consumer Electronics Show in Las Vegas.

And like any gadget-loving guy, Ray’s not just excited by the automobile components that make cars go vroom… he’s even more excited by the cutting-edge technology automakers are cramming into vehicles.

“Some top-end new vehicles claim more lines of computer code than the F-35 stealth fighter jet!” Ray says. “All that software requires a lot of silicon to run.

“The amount of semiconductor content in an average new car is now worth hundreds of dollars,” says Ray. That figure should skyrocket into the thousands as tech now featured in pricey vehicles trickles down to the mainstream market.

Ray puts the spotlight on self-driving capabilities: “Companies like Waymo, Uber, Lyft… and others are working with pilot self-driving car programs.”

All that technology “require[s] some of the most sophisticated circuits to ever hit the consumer market,” says Ray. “That’s a high-margin business for tech companies. 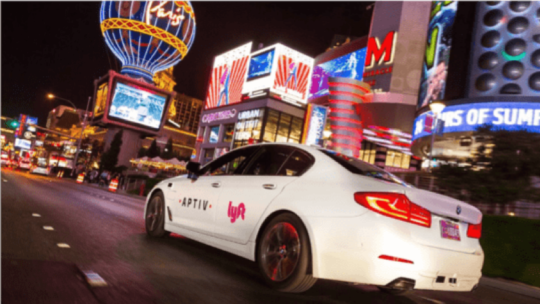 “Over the next few years,” says Ray, “the trend toward smarter electronic cars will swamp any slowdown in vehicle sales… making automotive electronics the fastest-growing sector in semiconductor tech.”

For access to Ray’s favorite names in the “connected car” space, check out Technology Profits Confidential.

Unintended consequence of the government shutdown: No new beer for you!

We’re now going on the 21st day of the government shutdown, and as a result, there’s something you won’t see in the refrigerated case at your neighborhood liquor store — new varieties of beer.

(Not the worst thing to happen IF a brewery is trying to peddle some avocado-pumpkin mashup that’s a disgrace to suds everywhere… heh.) 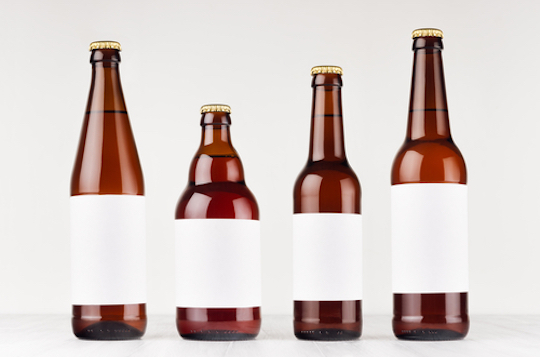 “Those labels have to be approved by the Alcohol and Tobacco Tax and Trade Bureau (TTB), which is housed within the Treasury Department, one of the parts of the federal government affected by the shutdown.”

One of the TTB’s jobs? Collecting taxes on alcohol and — in case you’re wondering — Uncle Sam’s hand is still in your pocket, government shutdown be damned.

“The bureau is also charged with ensuring that beers, wines and spirits accurately communicate details like the amount of alcohol by volume (ABV) and the mandatory surgeon general’s warning.”

Now breweries that rely on the TTB’s *quick* turnaround on approving labels are seeing operations grind to a halt.

“Everyone suffers from the shutdown by slowing our business after we have busted our tails planning,” says Bill Butcher, founder of Port City Brewing Co. in Alexandria, Virginia. “It is inexcusable that this should happen.

“This is a failure of government to do its job!” Mr. Butcher continues.

Which begs the question: Does the government even need to make it “its job” to police alcohol labels?

“Instead of having to proactively approve every label for every alcoholic drink sold in America, the TTB’s bureaucrats could be relegated to an enforcement role,” says Reason.

“Breweries and wineries know what information they are supposed to include on their labels; if they fail to do that, let the TTB get involved.”

In closing, The 5 waxes poetic on the beer hold-up… This line from 13th-century poet Rumi seems appropriate: We have a huge barrel of beer… but no cups.

Anyone else cryin’ in their beer?

P.S. Seven months ago Zach Scheidt’s publisher guaranteed to show anyone how to lock in $8,333 every single month…

And if not, they’d lose over $3 million. Did they pay off?

A legal audit reveals the truth… look at the results here.