“Something big is happening behind the scenes,” says Alan Knuckman — our eyes and ears at the CBOE. “There’s only one reason why an insider would make a $16.4 million share purchase…”

So Alan peels back Wall Street’s curtain to take a peek at an insider play… and reveal how you might profit.

Namely, Alan takes us back to bleak February — at least, in Baltimore it was — when he observed private investment firm JAB Holding Co. scoring 150 million shares of cosmetics company Coty.

“The purchase took [JAB Holding] from a 40% ownership of the company to a 60% majority stake,” says Alan, “which allowed them to have a stronger pull on the direction of Coty moving forward.”

And JAB Holding must have had a good influence on Coty, because shares drifted upward ever since.

Then came May 8 when Coty reported earnings. “Revenue came in lower than expected due to supply chain disruptions and lower demand for its beauty products,” Alan says.

“It was a report that had the potential to send the stock’s price into a downward spiral,” he continues. But even after the disappointing report, Coty’s shares bobbed above its resistance level of $11.

“In fact,” Alan says, “May was one of the biggest trading months for people in the know at Coty.”

Take a look at these buys:

But the best was yet to come: “Coty director (as well as JAB Holding Co. senior partner) Peter Harf… bought a whopping $76.2 million worth of COTY shares in May alone,” Alan says, “with $16.4 million of those purchases taking place just [over two weeks ago].”

Alan says: “So what is making these insiders pile into a stock that doesn’t seem to have its fundamentals sorted out?”

Granted, Coty had a choppy quarter, but Alan — as well as rapacious insiders — have reason to believe Coty’s going to make a dramatic about-face.

“Which could be why the CEO, CFO and a JAB senior partner are all loading up on COTY shares before the turnaround plan is laid out for the public to see” (emphasis added).

As for investors, if you have a position in COTY, Alan recommends… yeah, hang onto that. (For Alan’s readers, they’ve already benefited from his COTY recommendation with a nice 21% pop.)

Alan’s takeaway: “If you haven’t added COTY stock to your portfolio, now’s the time to get in before the July announcement sends the price up even higher!

As an added bonus, “it pays a healthy 4.05% dividend,” Alan says, “meaning you’ll get paid to own this stock.”

However, he must limit this offer to just 1,000 new memberships — on a first-come, first-served basis.

And it’s the ONLY way Alan knows for retail investors to profit like Wall Street insiders from one-day moves… potentially collecting a big paycheck every week.

To learn more about how Alan’s patent-protected trading technology could help you collect as much as $11,000 every week…

Two tankers in the Gulf of Oman — one Norwegian and one Japanese — were apparently attacked early-morning Thursday.

The incident left the two ships badly damaged near the Strait of Hormuz — a waterway vital for roughly 30–40% of Middle East oil exports. 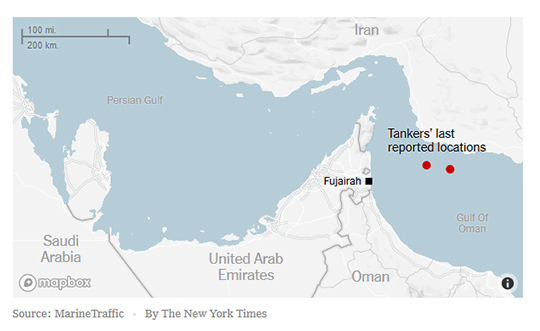 And this is the second attack in a month; in May, four tankers were damaged by magnetic mines when the tankers navigated through the gulf that separates Iran from Oman and UAE.

While the party responsible for the May attack is still unknown — the UAE blamed a “state actor” — hawkish National Security Adviser John Bolton said Iran was “almost certainly” the culprit. Secretary of State Mike Pompeo joined the chorus, saying the attacks were “efforts by the Iranians to raise the price of crude oil.”

Word comes from Tehran denying any involvement in the attacks today or in May, for that matter. 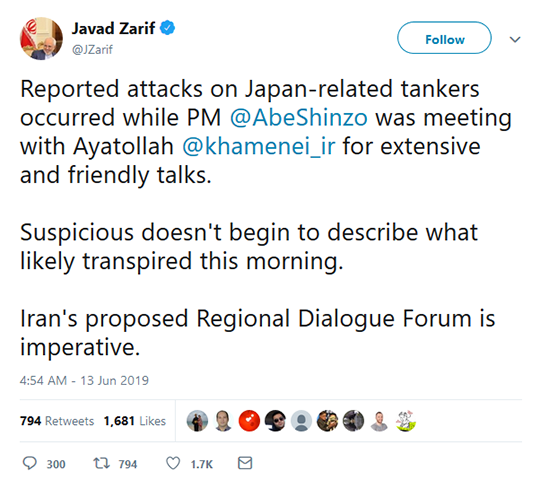 Suspicious, indeed. The tankers — one of them Japanese — were hit some 18 miles off the coast of Iran while Japan’s Prime Minister Shinzō Abe was in talks with Iranian officials… reportedly trying to bridge the gap between two long-standing enemies, Iran and the U.S.

And the plot thickens…

Since the ASCO conference started in 1964, cancer research funding has gone from $200 million to $5 billion… and from a handful of cancer-treatment drugs to over 170.

“Some of the biggest names in health care presented abstracts to health care professionals and investors alike, shedding light on potential new treatments on more than a dozen different types of cancer.”

Of course, the meeting happened squarely in the middle of congressional hearings on the obscene cost of drugs in the U.S… not to mention underperforming health care and biotech stocks so far this year.

“The iShares Nasdaq Biotechnology ETF has seen $164 million in outflows in May alone,” says ETF Trends, “as investors have shifted away from ‘risk-on’ assets.” 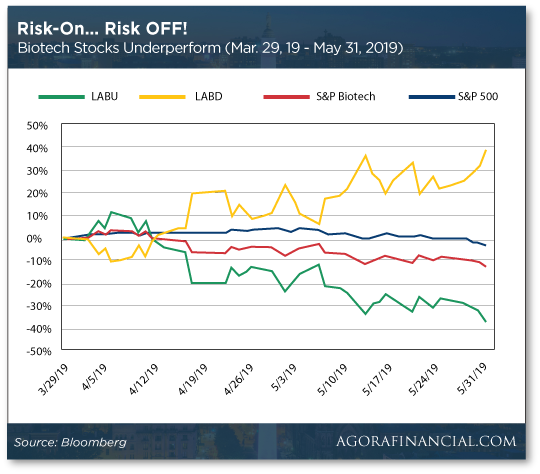 “This suggests that short-term traders have been especially focused on playing biotech from the short side.”

“Boeing, Apple and Caterpillar aren’t the only victims of the president’s trade war with China,” says entrepreneur James Altucher. “Small mom and pop cannabis companies are also beginning to feel the pinch.”

When it came time to package Aster Farms’ product, the company’s president found some especially attractive tins made overseas.

“Aster Farms’ tins were already designed, produced and about to ship when Trump’s tariffs hit,” says an article at Leafly. “The change led to a two-month hold on the order, with costs going up 25%.”

Added to the costs of going legal in California, Aster Farms CEO Julia Jacobson says: “We don’t have that extra money sitting around to get hit with a 25% tax out of nowhere.”

James says: “While many of the largest, publicly traded cannabis companies are willing to lose money hand over fist to expand their geographic footprint… small, private operators often operate on a shoestring budget.

“And having to pay [more]… for an indispensable part of their supply chain — and NOT passing along that price hike to customers — is almost enough to force some poorly funded companies to close their doors.”

“Working in the pain management field,” a reader writes, “we are seeing our patients increasingly turn to CBD to try to ease their pain (especially as the vast majority of patients across the country have had their opioid prescriptions cut in a misguided attempt at curbing the opioid epidemic… but that’s another topic).

“Initially we believed the increase in positive THC drug screens was because patients were using weed but telling us that they were just using CBD. But we quickly realized that something more was occurring.

“We consulted with both the national lab companies that perform our confirmation drug screens. Pharmacists with both companies told us that there was substantial evidence that CBD could be converted to THC after ingestion.

“So even if the CBD contains the legal limit of 0.3% THC (or less), the patient can still test positive for THC. And this is dose-dependent — the more CBD a patient uses, the higher the THC test result.

“Just wanted to clarify that even if you can guarantee that the CBD… you take is within the limit of 0.3% THC, you can most definitely test positive for THC.

The 5: Thanks for the tip; this is something we’d not come across in our research… but we called the marijuana market “burgeoning” for good reason.

(What were they thinking?) Charmin creates toilet paper for… millennials?!

We give you Charmin’s Forever Roll, a colossus of 850 sheets that’s supposed to last a full month (give or take)… 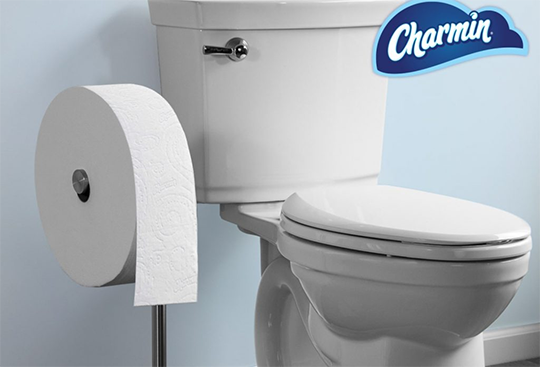 (By the way, we were woefully unaware millennials have different bathroom needs from the rest of us… but marketing geniuses see things differently.)

P&G Director of Innovation Rob Reinerman says: “Since our TP can last up to one month, that means it takes up less room for storage than a larger pack of TP would, and the Forever Roll can be delivered directly to your address to save the hassle of carrying TP and other purchases into your home.”

Yes, because toilet paper’s sooo heavy. As for storage, can you imagine trying to stash these monsters under the bathroom sink? (Not to mention Charmin pandering to a millennial stereotype: Lazy much?)

At any rate, you can purchase a Forever Roll — with freestanding holder or wall-mount — for 50% off now.

But if you opt for the wall mount, make sure you hit a stud…

P.S. For a limited time, Alan’s offering access to his top-performing research.

This offer is open only until midnight Monday — and it might close sooner if available spots are filled up.

Details from our customer care director at this link.