What if we told you that powerful forces in Washington, D.C., are using your tax dollars to egg on the protesters in Hong Kong?

What if we told you their aim is to actually encourage Beijing to crush the protesters?

And what if we told you the endgame is to wreck China’s most ambitious economic program before it ever gets off the ground?

For nearly a year now, we’ve kicked around the idea that both Washington and Beijing are steeling themselves for a trade war that could drag on as long as 30 years.

It wasn’t until this summer that the financial media caught up with us. At the very least, reporters and editors have abandoned their daily drumbeat about an imminent “deal” of one sort or another.

Meanwhile, as we explained two weeks ago, the trade war has morphed into a much wider conflict over which of these two nations will be the dominant power in Asia for the rest of the 21st century. A new Cold War, essentially.

Within recent weeks, however, Washington has begun to see the Hong Kong crisis as an opportunity to achieve a decisive victory — one that might even short-circuit this new Cold War.

First, we should back up with a quick reminder about what’s happening in Hong Kong.

The trouble began in the spring when Hong Kong’s government introduced a bill that would allow criminal suspects to be extradited to mainland China for trial.

Many Hong Kong residents worried they’d be hauled off to the mainland for political offenses and not criminal ones. In the bigger scheme of things, it also looked like a major attempt to undermine Hong Kong’s autonomy. Ever since Britain returned control of Hong Kong to China in 1997, China’s Hong Kong policy has been informally known as “one country, two systems.” 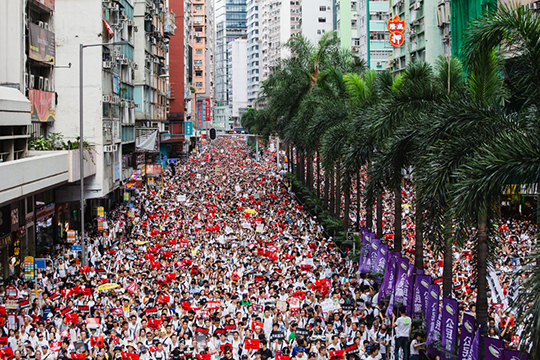 A few days ago, protesters managed to shut down the Hong Kong airport. Today there were sit-ins at subway stations. The demands have grown — including a demand that the chief executive be elected by popular vote. (Right now it’s up to a 1,200-member committee chosen under a byzantine system drawn up by British and Chinese leaders before the handover.)

We don’t doubt the sincerity of the rank-and-file protesters. But there’s a hidden hand behind the protest leadership.

“Millions of dollars have flowed from U.S. regime-change outfits like the National Endowment for Democracy (NED) into civil society and political organizations that form the backbone of the anti-China mobilization,” writes Dan Cohen at The Grayzone.

One of the major groups opposing the extradition bill has collected more than $2 million from the NED over the last 20-odd years. Last year alone, U.S. nonprofits that take money from NED funneled nearly half a million dollars to various groups within Hong Kong.

Those NED-linked nonprofits are also busy grooming the protest movement’s leaders. The National Democratic Institute is tight with a political party in Hong Kong founded by Joshua Wong, a charismatic 22-year-old featured in a Netflix documentary called Joshua: Teenager vs. Superpower.

Earlier this month, Wong was among the protest leaders spotted with Julie Eadeh, the political chief at the U.S. Consulate General in Hong Kong. 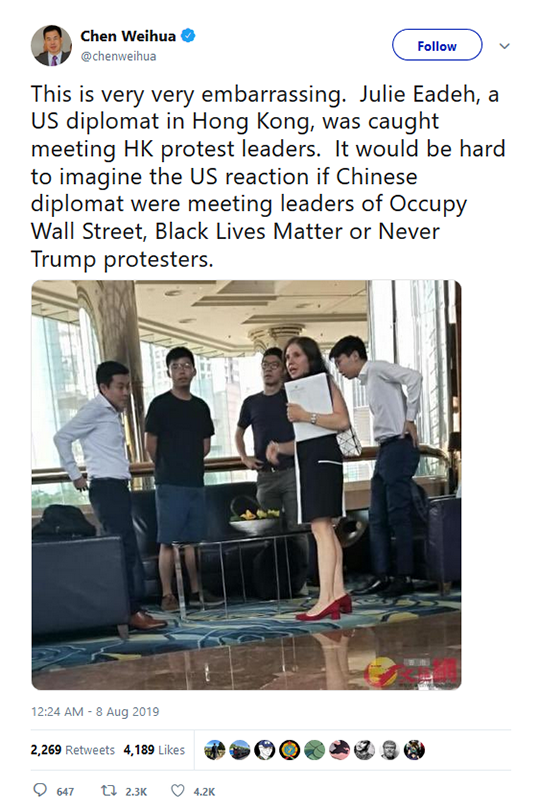 OK, the guy who wrote that tweet is a hack with a Chinese Communist Party newspaper. But he’s not wrong.

Meanwhile, a media mogul sometimes described as “the Rupert Murdoch of Asia” was the guest of top U.S. officials in Washington last month.

The meeting wasn’t a secret, but it was underreported. Among the few who took note was Bloomberg’s State Department reporter… 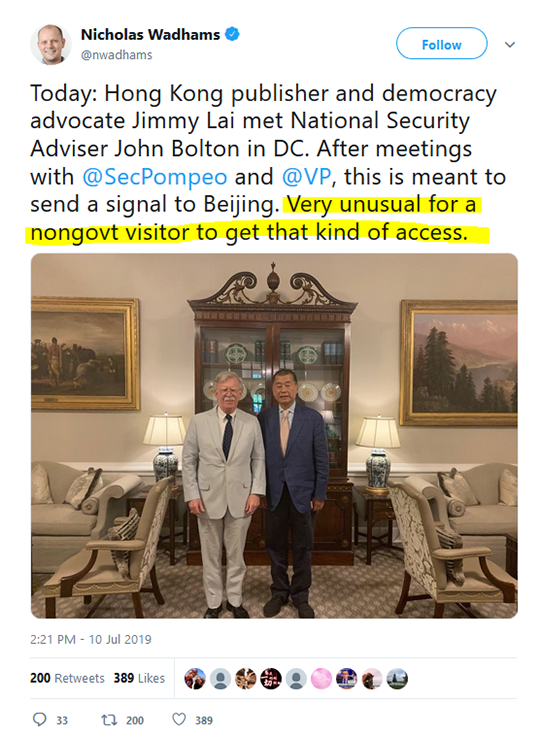 The Hong Kong politician most closely allied with Lai is named Martin Lee. He too has met with Pompeo. Before Trump came into office, he also met with Joe Biden and Nancy Pelosi. Nothing like keeping all your bases covered…

Supposedly Beijing has massed troops on the Hong Kong border, ready to sweep in and crush the uprising. Could that really be what Washington wants?

Yes, says the globe-trotting correspondent for Asia Times Pepe Escobar — who’s lived in Hong Kong among many other places. The objective — “force Beijing to commit a Tiananmen 2.0, thus elevating the all-out demonization of China to the next level.”

Think about it: Beijing would become a global pariah, as it was for a while after Tiananmen Square in 1989. Western investors, to say nothing of those in the developing world, would end up “boycotting the New Silk Roads, or Belt and Road Initiative.” 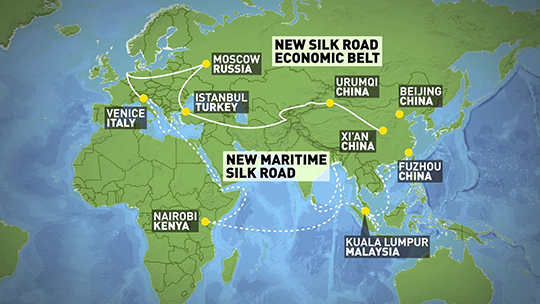 BRI, which doesn’t even get underway in earnest until 2021, would be strangled in its crib. China’s ambitions to link all of the Eurasian landmass would be over. Beijing’s aspirations to be the leading global economic power? Scuttled.

If Escobar is right, Washington is engaged in a shockingly cynical gambit — purposely sacrificing the lives of earnest protesters seeking redress of their grievances, for the sake of seizing geopolitical advantage. Can’t make an omelette without breaking a few eggs, huh?

And who knows how it might backfire for America? French leaders thought it was a swell idea back in the 1770s to stick it to the British by supporting the American Colonists’ bid for independence. But the effort all but bankrupted the French treasury, and Louis XVI imposed a staggering tax burden on everyday French — who rose up in 1789. Soon the French nobility was history and heads were literally rolling during the Reign of Terror.

The law of unintended consequences? It’s a female dog…

To the markets, where traders are digesting earnings numbers and head-swiveling headlines about tax cuts.

The major U.S. indexes are all solidly in the green. The Dow is up more than 1%. At 2,926 the S&P 500 is only 100 points below its record close a month ago. The Nasdaq is back above 8,000. Target and Lowe’s delivered solid earnings numbers.

Yesterday the president told reporters he was looking at tax cuts to stimulate the economy — perhaps lowering capital gains taxes and pondering a temporary cut in the payroll tax. “We’re looking at various tax reductions.”

But that was yesterday. Today, “I’m not looking at a tax cut now.”

In a world of negative interest rates, gold can’t help but shine even brighter — according to our Zach Scheidt.

“Investors are so desperate for ‘safe havens’ that they’ve bought over $16 trillion of negative-yielding debt from governments around the world,” he says — “despite knowing full well they’ll receive less than their initial principal in return.

“So smart investors are now looking for better ways to protect (and grow) their wealth. And precious metals like gold and silver offer some of the best ways to profit in the current nontraditional markets.

“If traditional financial markets get too crazy, at least some of their wealth will be protected by the value of these metals.”

Stupid trademark tricks: Be careful using the term “taco Tuesday.” Or maybe not.

It turns out the Taco John’s chain in the Midwest and Mountain states trademarked the expression 30 years ago. It has sent cease-and-desist letters regularly ever since.

But now there’s a backlash from people in its hometown of Cheyenne, Wyoming. A brewery five blocks from company headquarters is using the term to promote a taco truck that parks outside once a week. Freedom’s Edge Brewing Co. got the customary nastygram.

So the brewery took its case to Facebook — and got the support it expected. "I have some choice words for a corporate company that is infringing on local small businesses trying to keep afloat. LONG LIVE #nottacotuesday," said one representative remark.

The term has become so widespread — including near-weekly mentions on social media by NBA star LeBron James — that lawyers say Taco John’s needs to let it go. 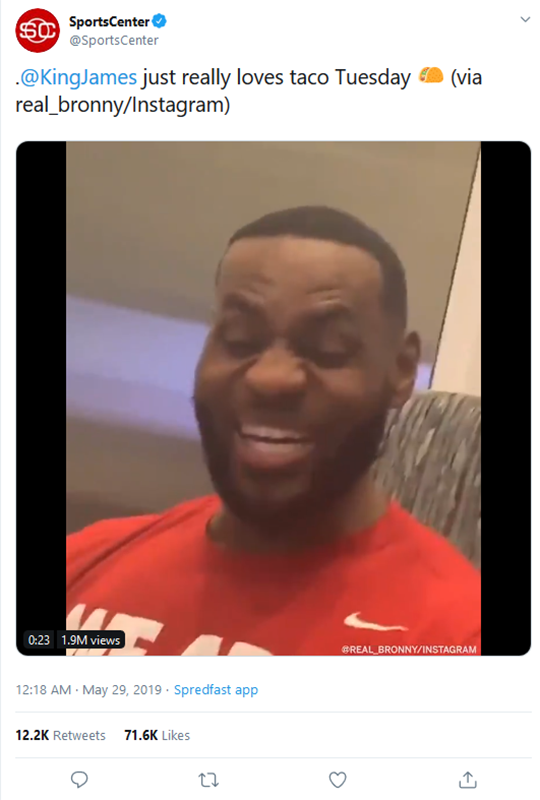 "It has become such a common phrase that it no longer points to Taco John's,” Seattle-based attorney Michael Atkins tells The Associated Press, “and therefore Taco John's doesn't have the right to tell anybody to stop using that."

Also it’s a bad look to go after a local business and not the King. Just sayin’…

The 5: It means debt racked up by companies that aren’t in the finance sector. If you included the debts of banks and whatnot, it would distort the corporate-debt figures to a point the figures would become useless.

“What you are overlooking.” a reader writes after last Friday’s 5, “is that 80% of the economic stimulus since the beginning of 2009 has gone to the 20 biggest cities.

“That is NOT Trump’s base. His base is the areas like mine that have received crumbs from the stimulus. I live in Oregon’s District 2. Twenty counties. Trump won 19 by a landslide. Only the one near Portland was won by Clinton.

“Nationwide Trump won 2,626 counties compared with Clinton winning 487, according to The Associated Press. County by county was a total blowout for Trump. And they are rural counties with bad economies, for the most part, before the 2016 election. I would be willing to bet Trump lost every NFL city.

“So if the economy turns down, I don’t believe it will change the minds of the voters in the rural areas whose economy is already down.

“And on a side note, those 2,626 counties Trump won in a blowout grow most of the food. If a civil war breaks out, do you think the conservatives will continue to feed the liberals? That I got to see.”

The 5: Every so often we’ve observed how most of the benefits of the post-2008 largesse have been showered on the DMV (D.C. and surrounding counties in Maryland and Virginia), New York City, Silicon Valley-Bay Area and the Route 128 corridor in Massachusetts.

Also, get a load of the shocking maps of new businesses we ran a couple of years ago. They affirm exactly what you say.

Your editor lives in Michigan’s District 1, which makes up more than a quarter of the state’s landmass and which Trump carried 58%-37%. So I get it.

But Trump can’t win reelection exclusively in “rural counties with bad economies” where he’s got a solid base. He has to win places like Macomb County in suburban Detroit, which is much more populous. Trump carried it in 2016, but Obama carried it in both 2008 and 2012.

P.S. The reader is not the first person I’ve seen make the observation about how it’s “red” America that supplies the food for “blue” America. True. Filing that one away for future reference…