“In the big picture of personal finance, there are four financial forces that cause most people to work hard and yet struggle financially,” says Rich Dad Poor Dad author Robert Kiyosaki.

Tick them off with us (you can probably take a stab at three of the four):

As to the last, consider all the times you render unto Caesar, and we’re not just talking on April 15. Sure, you pay federal income tax; then there are state and local taxes (SALT), sales taxes, gasoline taxes, vice taxes (if applicable)… Feeling glum? 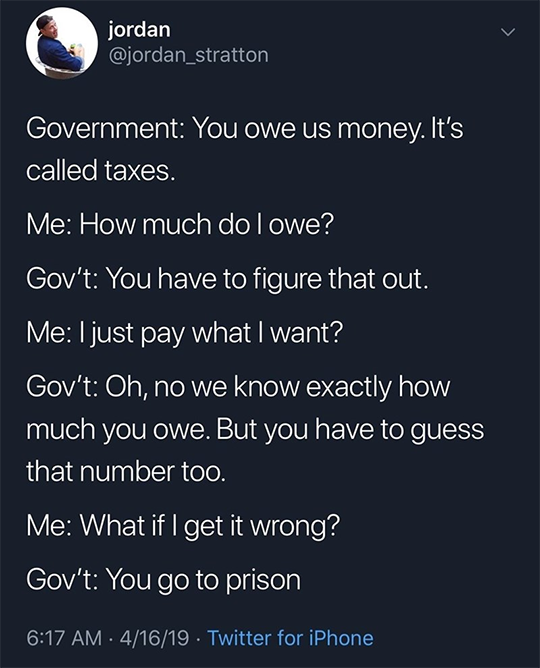 Going to prison aside, Robert says, if you’d like to reduce your tax burden you have a couple alternatives: “There are two groups who pay the least in taxes,” he says, “the poor and the ultra-rich.”

(If you’ve got that sinking feeling in your stomach, hang in there.)

“There are many ways that the rich make a lot of money and pay little to no money in taxes, and anyone can use them,” he continues.

Robert says: “Kim and I have several such scenarios active at any one time. We have lots of monthly cash flow, which we reinvest, but we rarely have any liquid cash sitting around to be taxed.

“This is an example of an investment strategy known as the velocity of money,” Robert says. In other words: “Move money, don’t park it.”

In the example above, Robert notes: “We started with $100,000 we earned tax-deferred from another investment. The $100,000 eventually allowed us to borrow over $20 million from banks, tax-free.

“How long would it take you to save $20 million by parking your money somewhere,” says Robert, “as most financial advisers recommend?

“Clearly, the rich get richer… because they earn a lot of money without paying much, if anything, in taxes,” Robert says. “They know how to use banks’ tax-free money to become richer.”

And if you can’t beat ‘em, join ‘em. “For instance, instead of paying capital gains tax on the sale of our condo units,” Robert says, “real estate laws allowed us to defer paying these taxes and invest them into another property instead.

“The cash that does come from this property goes into our pockets at a lower tax rate because there’s no Social Security or self-employment tax to pay,” he says. If real estate depreciates? The tax rates reduce further.

“On the flip side, the poor and middle class toil away for their money, pay more in taxes the more they earn and then park their earnings in savings and/or retirement accounts,” Robert says.

“In the meantime, they receive little or no cash flow on which to live while waiting for retirement — when they’ll live on their meager savings.”

Robert says: “But if you want to… pay little to nothing in taxes, you’ll need to choose the path of the ultra-rich.

That’s why Robert’s written the Rich Dad Tax Guide — updated for 2020. Here’s a small sample of what’s inside:

Go here to learn how you can claim your copy today. Don’t even think about preparing your taxes until you read it.

The big economic number today is the Commerce Department’s revised third-quarter GDP, coming in at 2.1%. Better than expected but still below the 2.2% norm for the last decade — to say nothing of the 3.2% average for the post-World War II era.

The greatest burden on the number continues to be business investment that’s shrunk for the second quarter in a row. But consumer spending — which accounts for more than two-thirds of U.S. GDP — remains unrevised at 2.9% for the third quarter.

Delving deeper into nondefense, nonaircraft core capital goods data, we see an increase of 0.1%. (Orders for military aircraft rocketed — heh — 18.1% in October.) The numbers also reflect the GM strike that was settled late last month when orders for cars and auto parts fell 1.9%

On the subject of job security…

“Some of these shares were purchased by Dimon on the open market,” says Ben Hunt at the website Epsilon Theory. “Most of them were not.”

[In August, our managing editor Dave Gonigam mentioned Hunt — who ran a billion-dollar hedge fund — when discussing why “words and narratives” are more meaningful than metrics. For central bankers at the Fed, that is.]

Back to Dimon and his shares… So if most weren’t purchased on the open market, what gives?

Hunt explains it this way: “In a poker game, the rake is the cut that the casino dealer takes out of every pot. It’s usually a couple of dollars per hand… barely noticeable, certainly not noticeable to a casual poker player like me.

“But what if the dealer started taking 18–25% out of every pot as his rake? Would you notice then?” Hunt asks. “That’s what JP Morgan management does with its ‘return of shareholder capital’ through stock buybacks.” 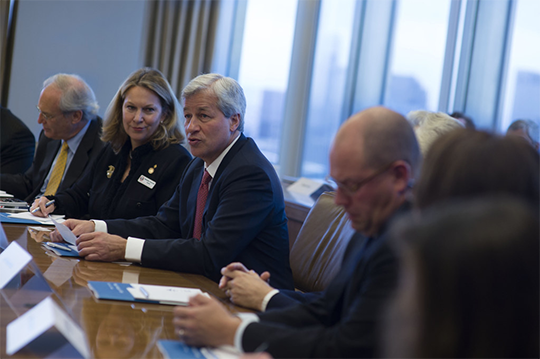 Ahh… stock buybacks. We’d like to think of them as somehow benefiting someone other than corporate execs, wouldn’t we? But that’s just adorable. Instead…

Dare we ask? Did newly issued shares trickle through the mega bank? There is such a thing as an employee stock ownership plan (ESOP), by the way.

“There are several JP Morgan senior executives listed on Form 4 who are centimillionaires from their stock holdings,” he says. “More than a dozen are decamillionaires, most several times over.”

Hunt concludes: “One day we will recognize the defining zeitgeist of the Obama/Trump years for what it is: an unparalleled transfer of wealth to the managerial class.”

If your blood’s boiling now, here’s something to take it down a notch…

Dread sitting across from Uncle Bob at Thanksgiving dinner? (Bob’s a nice guy and all… but does he always have to talk about politics?)

We get it. Might we suggest adding this to your Thanksgiving spread… 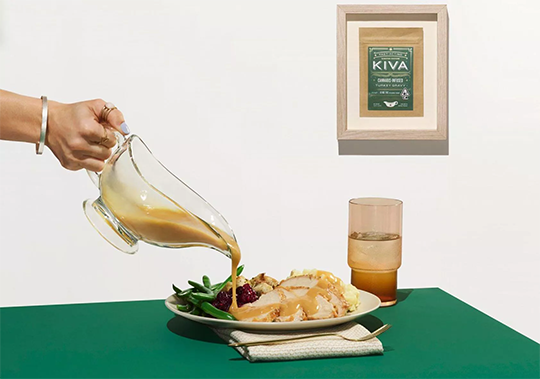 California company Kiva Confections has come up with a THC-loaded turkey gravy that’ll put everyone in a mellow mood. (For those of you who never inhaled, THC is the active ingredient in marijuana. Note: Just keep it away from the kids’ table.)

And with that, The 5’s off Thursday and Friday, but — for a recap of the short week — check out Saturday’s issue.

We wish you and yours a Happy Thanksgiving!

And what Kiplinger says can add “thousands of dollars each year.”

To prove it, Robert reached out to David Andrews, a regular salaried employee.

Don’t wait to take advantage of this.