For investors: “Franklin Templeton will pay $50 cash for each share of Legg Mason’s stock, a $9.28 per share premium over Friday’s closing price,” The Baltimore Sun reports.

Tuesday’s announcement comes almost a year after Legg Mason reorganized, letting go of 120 employees. At the same time, the company bowed out of long-standing sponsorships of the Baltimore O’s and Ravens.

It’s still murky today how the buyout will affect Legg Mason’s 300 employees — or the hard-pressed city of Baltimore. And we wonder how one of the city’s landmark buildings might change the harbor’s cityscape forever… 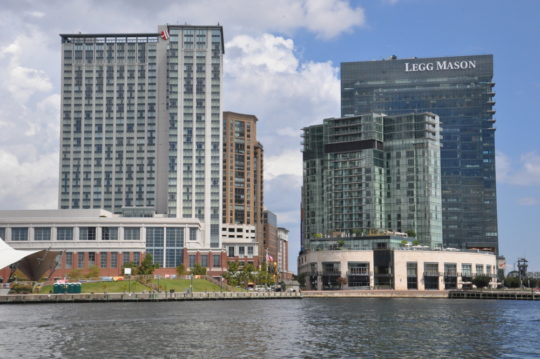 Among Baltimore’s landmarks: the Domino Sugars sign, the National Aquarium and the Legg Mason building

What’s not so murky?

“As we move our way through the beginning of 2020,” says our investment specialist Zach Scheidt, “the picture for buyout opportunities this year is starting to clear up.

“Both the market environment and business dynamics are lining up for some exceptional deals to be announced over the next several months.

“So far, I've identified three key catalysts that are set to kick off some very big — and very profitable — buyout announcements,” says Zach.

Here’s what he sees as three buyout triggers…

A recent deal that epitomizes this friendly regulatory environment? When a federal court approved T-Mobile’s purchase of Sprint last week — a transaction that was almost two years in the making. (On news of the approval, Sprint (S) shares bounded up 78%. Nice!)

“Executives from every industry were watching this deal to see how the court would rule,” Zach says. “And since the court allowed this major deal to go through, it stands to reason that other big buyout transactions will also be approved.

“Now that we’re past the uncertainty about this deal, expect to see new deals announced between companies that are worth tens of billions.”

“The low rates have also helped push stock prices higher,” he continues. “Companies can use their own stock shares as currency for buyout transactions. So the higher stock prices move, the easier it is for large-cap public companies to enter new buyout deals.”

But Zach sees interest rates here and abroad slowly inching up in 2020, including the Fed standing pat on rates for the rest of the year. “And market interest rates are actually ticking higher,” says Zach. “This increase in interest rates could be the start of a bigger move.”

As C-suite types see the potential for higher interest rates, they'll have incentive to move on buyout deals sooner rather than later.

And we’d be remiss not to mention…

THE PRESIDENTIAL RACE: With Bernie Sanders’ narrow victory at the New Hampshire Democratic primary last week, big business is in a bit of a tizzy.

Because while President Trump’s been busy deregulating this, that and the other… Sanders’ approach would be quite the opposite.

“[Sanders] has made it clear that he is an enemy of big business,” says Zach, “and if he becomes president, it will be much harder for one company to buy out another.”

For the record, Zach’s not playing politics — who you vote for is up to you. “But as buyout investors,” he says, “we need to understand how the political environment could affect…  opportunities.

“And this year, companies that have their eye on a buyout opportunity will need to act before the November election,” Zach says. “In fact, they'll need to act sooner rather than later to ensure a deal is finished before any potential change in the White House.”

In short, an unpredictable political climate will force companies “to pull the trigger on any buyout deals they're considering,” Zach concludes.

[Ed. note: While billion-dollar buyouts were once unpredictable events for anyone outside Wall Street, Zach’s leveled the playing field.

And Zach expects buyout deals to break out this year, triggered by less red tape, low interest rates and the 2020 presidential race. But these catalysts won’t be around forever…

So Zach wants to show how you can take advantage of the hottest sectors in the market — meaning more huge investment returns on the horizon.

In fact, you might cash in as soon as this Thursday, Feb. 20.

To get started… simply click here for all the particulars.]

“This is a story about a chart,” says Ed Conway, the economics editor at Sky News U.K. So for your eyes only… 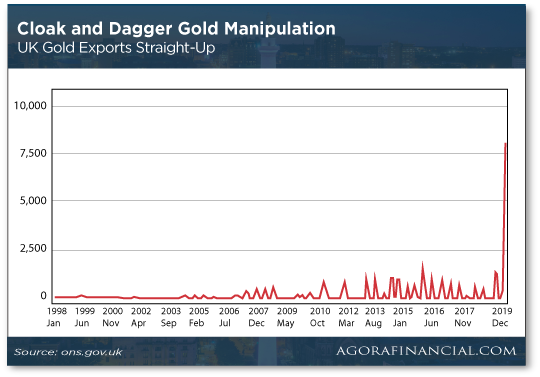 Conway notes: “For the vast majority of history [exports] were near zero… Then, suddenly, in the last two months of last year, gold exports were catapulted higher.”

So what gives? The 5’s never been one to shy away from a story about gold manipulation…

Mr. Conway first wonders if gold exports — long included in total U.K. export numbers — were used to pump up export stats for the end of 2019, but fails to see why since exports minus gold came in at a vigorous 30.4% of the U.K.’s GDP last year.

Curious… Then came the story about Poland repatriating gold held in U.K. vaults; still doesn’t account for such a dramatic spike in gold exports, according to Conway.

His best guess? “A U.S. bank with London gold vaults shifted some of that gold from being ‘unallocated’ to… ‘allocated.’” While the gold stayed in London vaults, “a couple of clicks in a bank's spreadsheet caused the biggest fluctuation in Britain's trade figures in modern history.”

Why? We might never know the real story. Mr. Conway concludes: “No other sector is as cloak and dagger as gold.”

While we’re on the subject of gold, we thought this was rich…

“As the record bull market stretches on,” CNBC says, “and as the coronavirus outbreak incites fears of a potential slowdown in global growth, gold could be a way for investors to hedge risks to the downside, Citi said Wednesday.”

Another way to say: Got gold?

More from Citi analysts (we can’t resist): “Gold should perform as a convex macro asset market hedge, resilient during ongoing risk market rallies but a better hedge during sell-offs and vol spikes.”

They gotta be punking us…

For the major economic number of the day: Construction on new homes tumbled 3.6% in January… but permits jumped 9.2% to a level not seen since March 2007. (We don’t know about you, but that doesn’t give us the warm fuzzies — smackdab near the tail end of the housing bubble?) The permit numbers indicate a lot of contractors will be breaking ground this spring.

While commercial rent control in NYC was imposed in 1946, it was struck down by 1963. But it’s an idea that’s resurfaced every decade since; however, more grassroots organizations in the city don’t believe it’s the answer for a small-business revival.

A trade association — the Real Estate Board of New York — said in November 2019: "Data shows that retail vacancy rates are driven by rising property taxes, longer wait times for government approvals, e-commerce and various other factors.”

Reason adds: “Borough-level Chamber of Commerce chapters similarly argued that the high costs of the minimum wage and mandated paid sick leave played a much bigger role in driving businesses out of the city than rent increases.”

To be fair, we’re not blaming the dearth of mom and pop shops squarely on Mayor de Blasio. Nah… he inherited this hairball from his predecessor, Mike Bloomberg.

According to an article by urban-studies scholar Joel Kotkin: “As mayor of New York, Bloomberg’s approach… was to shape the city as a ‘luxury product’ shaped by the interests and investments of his fellow billionaires.”

In other words, Bloomberg fashioned NYC into the playground of the rich and famous by offering tax breaks for bougie apartment buildings and swank corporate offices.

“In contrast, the city’s middle-class neighborhoods shrank,” says Kotkin, “most precipitously in Manhattan, while those of the rich and poor grew.

“The very feel of the city changed as long-standing neighborhood retail fell from soaring rents, with once-cherished outlets either replaced by chains, ‘pop-ups’ or simply abandoned, a form of ‘high rent blight.’”

As far as Kotkin’s concerned, Manhattan’s idiosyncratic charm’s been replaced with Bloomberg’s “plutocratic-driven monoculture,” he says, “in many ways… made possible by the power implicit in [Bloomberg’s] wealth, a function of his fortune.”

“Moviefone Is Bankrupt,” says a headline at /Film, “Now Being Run by Only One Employee.” The company that’s been at it since the ’80s — and saw its heyday in the ’90s — is on its last legs.

We’d like to think of Moviefone as a precursor to the app (at least that’s how I explained it to my 17-year-old) — a “call line… for listings of local movie showtimes” for those too lazy to check the newspaper (remember them?) or simply call the theater. 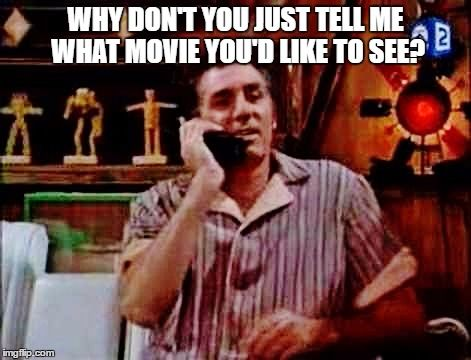 A shadow of its former glory, certainly, but Moviefone’s currently one of the largest holdings of parent company Helios & Matheson — also the parent company of ill-conceived MoviePass.

P.S. Position yourself for a potential bonus that might change everything for the better.

It all starts ASAP: Zach’s next buyout opportunity comes this THURSDAY.

Get all the details on this urgent buyout deal right here.