“The path of the economy is highly uncertain,” said Fed Chair Jerome Powell after the FOMC meeting last Wednesday.

Perceptive. Guess that’s why Powell gets paid the big bucks? Or $203,500 annually. (Meh… he’s not raking it in compared with high-level Wall Street suits, but that’s still three times the income of the average American household.)

Adding to economic uncertainty, 1.5 million unemployment applications were filed for the week ending June 13, still above the anticipated 1.3 million… 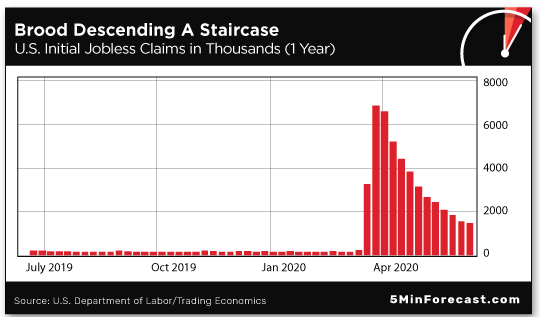 And the national debt now exceeds $26 trillion, with $2 trillion of that added in the last 60-plus days. We’re on tenterhooks, waiting to see how many more trillions will be added to our national shame if/when Congress approves a second stimulus package.

With that said, The 5’s founder and executive editor Addison Wiggin had a socially distanced sitdown with CBOE trading vet Alan Knuckman, and here’s what Alan had to say…

“In my opinion, this is the best time ever in the history of the market, whether you're bullish or bearish.

“I’m not a big idea guy,” Alan continues, “I’m a price guy.” So while people are glued to financial media these days, he says: “I pay attention to news, but I’m not a trader of news. It doesn’t drive me. What drives me is risk reward and probability.”

[Here we recall “Knuckman’s law” — proffered by Alan in December 2018 when U.S.-China trade war headlines had the markets zigging and zagging. At the time, Alan suggested waiting 48 hours before reacting to anything the president said. Under the circumstances, there’s no reason not to apply the same standard to the Fed… or even hyperbolic headlines.]

“Now, in the big picture,” Alan says, “you can’t ignore that we’ve been in a 12-year uptrend in the stock market and you can’t ignore the money that’s been thrown at the market.” Take the Nasdaq index, for example, that’s achieved that elusive V-shaped recovery. “The tech sector’s made a complete comeback again,” he says.

So despite the pandemic — and crisis after crisis over the last decade-plus — Alan says: “The markets have fought back, [so] it comes back to money. Where’s money going to go?

“I still see the stock market as the place that money is going to flow to when you look at how ridiculously low yields are,” says Alan. Bonds? Savings accounts? Money market funds? Please… not if you’re trying to outrun inflation for your retirement, let’s say.

Alan continues: “Each week we make new relative highs in stocks. It’s been a stair step higher each and every week now for three months. So I will be the first to tell you that I’m not smart enough to pick the top of the turn.

In terms of trends, here’s something investors can’t disregard: “There’s nothing that [the Fed] will not do to boost the stock market. And I’m not saying it’s right. That’s not my job. I’m not saying what’s happened in the last three months is correct, but it’s our job to make money and I’m smart enough to ride the wave.”

Alan’s strategy for riding the wave?

“Instead of buying a stock,” Alan says, “I use options as a strategy.” Think of it as a “stock substitution” strategy…

Accordingly, Alan buys “in-the-money options,” he says. “So if we buy that $45 call, and the stock is at $50 and over the next two months nothing happens and the stock is still at $50, the option is essentially the same as when we started.” In other words no harm, no foul.

But Alan addresses why some investors have had negative experiences with options. “Where people get themselves in trouble,” he says, “is they usually buy out-of-the-money, low-probability, short-dated options, where you’ve got the clock ticking against you and you need a significant move in the market.”

To Alan’s way of thinking this kind of options trading is akin to playing the lottery; on the other hand, Alan describes his strategy as very conservative…

“I’m buying an in-the-money option that’s going to behave like a stock,” he says. “And the mathematics behind it puts probability on my side, that I’ve got more than a 65% or 70% probability of success, as opposed to buyers selling a stock: They’ve got a 50/50 chance.

“You definitely buy what’s in,” he says, and “you can put in a stop loss if you want.”

Not only that, Alan says: “Because of the leverage — each option controls 100 shares of stock — [even] a small move in the underlying stock of maybe 2%, 5%, can offer big payoffs in the option.

“Lately, we’ve had amazing success,” says Alan. And speaking of conservative: “I’ve been accused of selling too soon,” he says. “But… I’ve been doing this long enough to know that when you’re getting 50%, 100% winners, it makes sense to bank them and not get too greedy.

“I use [this] basic option strategy as the vehicle, instead of buying or selling shares of stock,” Alan concludes. “It’s so simple.” Simple… but effective.

Alan and his team want to send you a text on your smartphone.

As determined via a PROVEN profit system developed by a veteran trader and world-renowned market analyst whose name you’ll recognize from TV.

And when we say proven, this system recently went 53-0, giving actual members the chance to haul in a cumulative return of 1,398% in just one day.

Apple's 31st annual Worldwide Developers Conference — scheduled to kick off Monday — will be a digital-only affair this year… but Apple’s come under fire days ahead of the event.

To wit, a mob of angry app developers claims the Steve Jobs-ian company employs an arcane review process to determine which apps make it onto Apple’s near-monolithic App Store (that made $46 billion in revenue last year).

Add to that, once an app passes muster, Apple takes a 30% cut of revenue generated by the app its first year — with a 15% cut thereafter.

And this week, the EU is investigating whether the App Store — the almost singular way for iPhone users to install apps — runs afoul of EU competition laws.

“While the regular stock market has evolved,” says our tech maven Ray Blanco, “many other industries have not.”

For example, “If you want to invest in private companies or illiquid assets like real estate,” he says, “there are major challenges you’ll face.”

But in May, the company tZERO — owned by online retailer Overstock (ticker: OSTK) — has used “blockchain technology to develop a way for a person to buy digital securities, cryptocurrency and even traditional stocks.”

And the platform is sanctioned by the SEC. Ray says: “Because tZERO’s platform is SEC regulated, they have to abide by all the rules any other trading platform does.

“That means no pump-and-dump schemes… No Chinese investors blowing up the price off hours. And no insider trading by CEOs who know the news before it breaks.”

A major upside for the platform? “tZERO has the ability to tokenize nearly anything that might be traded,” says Ray. “Previously, if a company wanted to create tokens to raise funds, it would have needed to develop its own platform and have required a large amount of expertise and investment.

“TZERO provides that service to these companies with the prowess of SEC regulation to boot,” says Ray.

So has blockchain technology gotten its groove back? Time will tell…

Most certainly: “With stay-at-home orders still mostly in effect — not to mention plenty of people laid off from work but still receiving government stimulus checks — consumers have more time to play online games,” Zach notes. 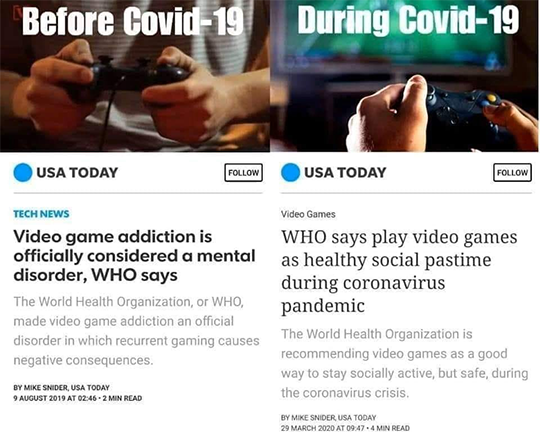 However, “the catalyst was a major acquisition announcement,” he says. “No, ZNGA didn't get bought by a larger video game company.” Rather, Zynga shelled out $1.8 billion for gaming company Peak that created two popular games — Toon Blast and Toy Blast, in case you were wondering.

“In other words, investors eagerly bought ZNGA — even though it was spending $1.8 bullion to acquire another company,” says Zach. “This tells me that investors are clearly in favor of buyouts like these.

“It’s a vote of confidence that will likely spark a buyout frenzy as other gaming companies look for opportunities to add rivals’ game catalogues to their own.”

And you don’t have to be a Wall Street insider to take advantage of Zach’s One Day Bonus Indicator that pinpoints hidden buyout trades.

While alcohol consumption spiked (heh) during the pandemic quarantine, the New York Post notes: “Americans may be imbibing more, but they’re not spending more.”

The same goes for Grapes The Wine Co. in White Plains, New York, where sales are down 35%. “Our regular customers are buying inexpensive wines — spending $20 instead of $50 per bottle,” says owner Daniel Posner.

“To meet the demand,” The Post says, “the store… has been bulking up on more affordable bottles, including a 2018 Ayres Pinot Noir Willamette Valley that sells for $19.99, and which Grapes has not offered for 15 years.”

We guess Americans are saying: “Who’s to impress?” And with more people counting pennies these days: Welcome to the Thunder(bird)dome!

Because the 60-second window right before trading begins separates successful traders from the rest of the pack.

And if done right, you might even DOUBLE your money within a month.

Whether you’re a veteran trader or a complete novice, it doesn’t matter. As long as you know what to do during this 60-second window…

You’ll have a shot at profiting like top Wall Street traders.