Red! (Not What You Think)

For years now in Europe, government bonds have been yielding negative interest… an oxymoron if there ever were one. And stateside today, the 10-year U.S. Treasury rate is 0.64%, meaning investors are at the mercy of inflation.

Heh… inflation has no mercy.

Think the U.S. dollar will save you? Savers have been punished for years with ultra-low interest on savings accounts. And though the dollar’s strength started creeping higher Monday, the greenback’s strength hinges on Fed chair Powell’s hotly anticipated speech this Thursday. 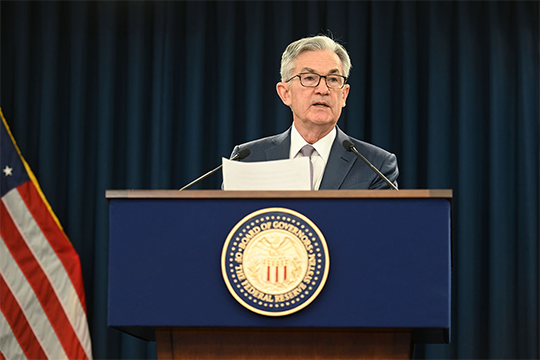 No Jackson Hole this year; rather, another Zoom call. Awkward…

According to Wells Fargo macro strategist Erik Nelson: “I think we could get some pullback in foreign currencies and dollar strength if Powell doesn’t really, really strongly come out and say we’re doing inflation average targeting.”

A shift to “average inflation” means a move above the Fed’s typical 2% inflation “would be tolerated and even desired,” CNBC says. It also means the Fed commits to keeping interest rates low-low for the foreseeable future.

(Trust The 5 to keep you up to date on all things Fed-related Thursday.)

All to say, as far as investors are concerned… it’s a yield desert out there!

Although gold and silver have been picking up the slack, there’s another metal former Wall Street banker Nomi Prins is keen on…

Last week: “The price of copper rose above $3 a pound for the first time in more than two years,” Nomi says. “That equates to about 19 cents an ounce, or about 10,000 times less than the cost of an ounce of gold.”

As for the broad-stroke case for copper, Nomi points to two competing forces: the possibilities of economic recovery and global inflation — and both benefit copper.

“However, there are five other reasons that the price of copper has reached these levels and… will continue to rise. So let’s unpack these reasons…”

Falling Copper Inventories: “In warehouses operated by the London Metal Exchange, inventories are down by more than two-thirds over the past year,” Nomi says.

“In fact, they are at their lowest level since August 2007 — the year before the great financial crisis.

“And even though New York Comex and Shanghai Futures Exchange inventories have risen slightly this year, the combined total of their inventories is still below levels from August 2019.

“On the price side,” Nomi says, “copper futures for delivery in September are now trading at prices that are more than 50% above the COVID-19 lows they hit this March.

“That’s partly because… copper inventories that technically back those futures contracts have been declining.”

Supply Chain Disruptions: “Mining restrictions due to the coronavirus pandemic have resulted in a sharp drop in production of copper ore during the second quarter of 2020,” Nomi reports.

“There could [also] be a supply deficit in copper due to the lack of investment in new mines and the declining ore grades that have caused the global average cost of mining copper to rise.”

Notwithstanding: “Supply chain disruptions have been a factor in the rise in global copper prices, especially the ones occurring throughout South America… particularly Peru and Chile.”

Coincidentally, those two countries happen to be “China’s biggest source[s] of copper.”

China’s Economic Stimulus Meets Copper: In 2019, China was the largest importer of copper — importing “over $40.8 billion worth of copper and copper products.

“Since the pandemic,” Nomi says, “copper prices have been lifted by China’s recovery and strategic focus on stimulating its economy through a combination of monetary and fiscal stimulus, especially in the infrastructure realm.

“China has issued $683 billion worth of local and national debt of which 63% has gone straight to infrastructure projects, primarily in transportation, civic infrastructure and industrial parks.

“Unwrought copper imports for this July rose 81% compared with last July,” Nomi says. “Plus, for the first seven months of 2020, China’s imports are already ahead of 2019’s record-breaking tally.

Electric Vehicle FOMO: “There’s been a lot of attention in the electric vehicle (EV) space…

“And yet, to date, EVs comprise only 2% of total vehicle sales in the U.S.,” says Nomi. “To the extent that this market share grows, copper will be more in demand as a required EV material.”

Nomi concludes: ““Given the global movement toward cleaner air and sustainable energy sources… we expect to see more competition in this tiny subset of the global auto market.”

She anticipates a “ramp-up [of] EV production at a pace that far exceeds current demand.”

Fed Policy: “[The] ‘everything and anything’ attitude toward monetary policy has been the prevailing… stimulus strategy since the coronavirus pandemic began,” Nomi says.

“That’s one reason why gold and silver have been rallying so much recently. Their safe-haven and wealth-preservation statuses relative to the extremely low government interest rates on offer because of the Fed’s policies make them attractive investments in these times.”

And this is interesting: “Recently, even when gold and silver prices waver, copper prices have still been rising due to copper’s unique supply-and-demand situation,” says Nomi.

“Copper is the ‘sleeper’ hard asset,” she says. “It is attractive from both investment and use value perspectives.”

And one of our favorite ways to get exposure to the red metal is the iPath Series B Bloomberg Copper Subindex Total Return ETN… or ticker JJC. Note this investment vehicle is not an ETF; rather, it’s an exchange-traded note that operates like a bond.

The advantages? JJC “does a decent job of tracking the copper futures market,” says FactSet. “With no exchange-traded products on the market holding physical copper, JJC is a solid substitute.” Plus, JJC is up almost 40% since March lows.

We give the last word to Nomi: “Copper is much cheaper and glitters less than gold,” she says. “But it has wealth storage and use value in its own right.”

[Editor’s note: “The Fed’s all but guaranteeing that trends of the past decade will continue,” Nomi says, “enriching the wealthiest Americans while doing nothing for everyone else.”

But drawing on her extensive trading experience, Nomi’s developed a way for you to skim some Wall Street gains for yourself. And fast. We’re talking about a chance to double your money or better in a single day.

Sound impossible? Judge for yourself. Nomi walks you through how it works when you click here.]

According to the U.S. Census, new home sales in July rose 13.9% over June, and were an astonishing 36.3% higher annually.

This marks the third-straight month of significant gains in new home sales after a bleak March and April when Americans were corona-quarantined.

According to Ali Wolf at Meyers Research: “The new home market has everything going for it right now including limited resale supply, fear of missing out, heightened dissatisfaction of our current living situation, low mortgage rates [and] months of saving money.”

And with work-from-home options now available to many employees, getting out of Dodge (wherever that may be) is actually doable…

But Greg cautions: “I have to think some profit-taking is in store for these names sooner rather than later… This should be a good week to bank gains,” he says, “NOT chase overextended stocks.

“Perhaps we see some rotation once again if tech names do finally flame out.” We’ll see…

Is Colonel Sanders a corona casualty? At least temporarily…

“We find ourselves in a unique situation — having an iconic slogan that doesn’t quite fit in the current environment,” says Catherine Tan-Gillespie, KFC’s chief marketing officer.

KFC’s slogan is 64 years old… but seems more than a little icky in the era of social distancing, masks and incessant hand-washing… 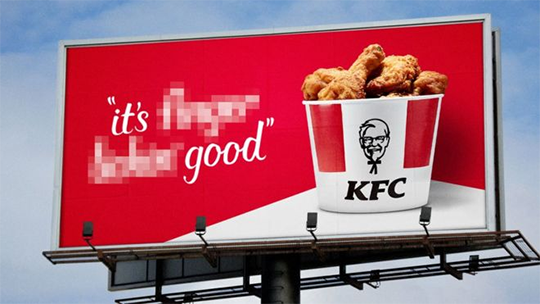 “While ‘it’s finger lickin’ good’ likely wasn’t meant to be public health advice,” says the snarky New York Post, “the United Kingdom’s Advertising Standards Authority fielded 163 complaints in March about a KFC ad that showed people licking their fingers, according to the BBC.”

Of course, the purveyors of extra-crispy fried chicken turned the censure into marketing gold. “KFC made the change official with a 30-second ad showing the words ‘finger lickin’ blurred out on its billboards and chicken buckets.

“The company emphasized that its food isn’t changing and that the slogan will return ‘when the time is right.’”

P.S. If the Federal Reserve is determined to prop up Wall Street while letting Main Street go to pot, you have to “follow the money” if you want big and fast gains.

That’s why our ex-Wall Streeter Nomi Prins is helping readers seize on a market anomaly to help them make a ton of cash.

And they’re doing it by exploiting one simple market secret — which Nomi reveals at this link.