Where in the world is China’s richest man?

For years, Jack Ma was a globe-trotting, speech-delivering, rock-star tour de force. On the “China Rich List” compiled by Forbes, he’s No. 1 with a net worth of $65.6 billion.

He hasn’t been seen in public — or even posted on social media — since October. 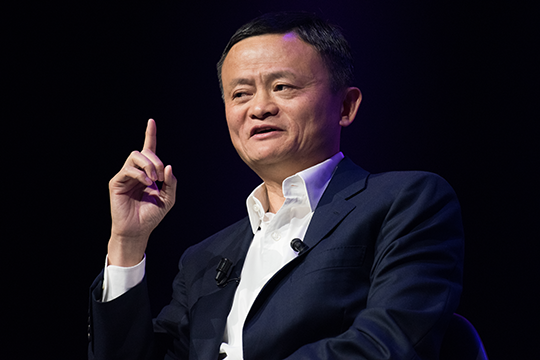 As you might know, Ma is the founder of Alibaba — often described as the Amazon and eBay of China. Our resident tech visionary George Gilder says it’s impossible to understate Ma’s accomplishments.

“This is the company that did more than any other single enterprise in history to reduce poverty and bring rural people into an industrial market economy, spawning at least 7 million small businesses largely in remote areas.”

Not long after Ma vanished, the Chinese government stepped in at the last minute to halt the IPO of another giant company he founded — the financial-tech firm Ant Group.

The Wall Street Journal said Chinese president Xi Jinping made the decision himself. A few weeks later, the Journal reported Xi is looking to shrink Ma’s empire — with the government taking a bigger stake in his businesses.

Exactly what Ma did to run afoul of Xi, we don’t know. Maybe he cracked a joke about Winnie-the-Pooh, as many Chinese are wont to do in a private moment… 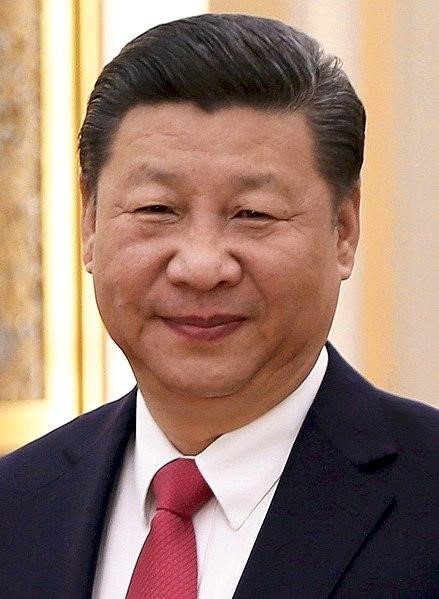 Did you know Winnie-the-Pooh’s likeness has been banned in China since 2017?

We won’t dwell too much on the Ma mystery; you can read about it almost anywhere.

Of greater interest to us this morning is what his disappearance might say about China’s status as an economic powerhouse — especially relative to the United States.

Thus, we welcome in Mr. Gilder as we continue to roll out our team’s 2021 predictions…

China’s economy began opening up in 1978 under Deng Xiaoping. But the real transformation didn’t come for another decade. “From the early 1990s through 2008, a major factor in China’s growth was the reform of state-owned enterprises, which increasingly behaved like competitive private firms.

“They shed waste, cut payrolls, become more responsive to customers and responded to competition from millions of new private competitors. The government was less and less inclined to subsidize failure.”

But that started changing after the global Panic of 2008. “Government poured massive amounts of capital into the state-owned firms to keep them solvent and their workers employed. Unfortunately, the new subsidies became permanent policy.”

Result: “Capital allocation in China today is much less efficient than 10 years ago; state companies control vastly more assets and their return on assets has plunged to pitiful levels.”

Much of the blame lies with Xi, who came to power in 2012 and increasingly looks like president-for-life.

“Almost since the beginning of the Xi regime,” says Mr. Gilder, “Chinese economic policy has been backsliding toward, for lack of a better word, state capitalism, or, as the Nazis called it, ‘the corporate state.’

“Private companies, long immune from most harassment, are being pressured to align their goals with the Chinese Communist Party’s definition of national interest rather than their own profits.”

So with that prologue, the question at hand: How do China and the United States stack up against each other in 2021?

Of course, 2008 brought bank bailouts in the United States. And in 2020, Washington went even further: “Apparently,” says Mr. Gilder, “the Fed has adopted the position that the stock market must never, ever have another crash, or maybe even a correction… Let’s never have a crash and always get richer and richer.”

In China? “China is clearly ahead in financial services technology, especially for the consumer. But it was precisely the CCP’s fear that consumer finance was insufficiently regulated that led to the crackdown on Ant Group, not a good sign for the future.

“Moreover, the Chinese state-owned companies are large established institutions with great political power. The Chinese are much more accustomed to state subsidies for them and have lower resistance to the idea. China is probably at greater risk for massive misallocation of capital in traditional, identifiable ways.”

So on this score, as awful as the crony-capitalist United States looks… China looks worse.

But on nearly every other measure, Mr. Gilder says China comes out ahead.

Regulations? “An easy win for China. For all Xi’s paranoia, economic growth remains the central pillar of Chinese policy. In contrast to the U.S., Chinese regulatory agencies share that goal, more or less enthusiastically. There is much less of an adversarial environment.”

Resilience in the face of the virus? Again, advantage China. “In 1918, some U.S. cities banned large gatherings; none shut down their economies.” Lockdowns American-style, says George, are “perhaps the most discouraging sign for America’s future we have seen in our lifetime.”

And don’t underestimate the continuing momentum unleashed by China’s opening up in the late 20th century: “Once China emerged from communism into something like a market economy, many decades, maybe a century, of extraordinary growth were all but foreordained.”

For all of Xi’s flaws, Mr. Gilder sees no chance of a return to Maoist levels of impoverishment: “For now, this is China’s great moment, and we do not expect it to be crushed by temporary resurgences of pretty bad government. China will continue to have the fastest growing of the major economies for many years to come. And that makes it the best place to invest.”

[Ed. note: All that said… there’s a recent development here in the United States that George says will unleash trillions of dollars. The last time anything like it happened was 1985 — creating one of the greatest moneymaking opportunities in history.

But events are moving quickly: You’ll want to follow this link right away for the details, or risk missing out.

To the market — which is “rewarding bad behavior right now, and it won’t be long until it corrects and leaves some speculators holding the bag,” says our chart watcher Greg Guenthner.

“We’re still dealing with some froth in certain parts of the market. Electric vehicles and batteries/chargers remain trader favorites as Tesla bounced following a sharp, one-day pullback. Energy names are snapping back. Financials continue to rally.”

Traders are keeping half an eye on the Impeachment 2.0 circus in Washington, but they’re also talking about Joe Biden’s choice of Gary Gensler as chairman of the Securities and Exchange Commission. (Or as newsletter legend Doug Casey calls it, the “Swindlers Encouragement Commission.”)

Gensler ran the Commodity Futures Trading Commission during Obamatime. It would be nice if during his Senate confirmation hearings someone would ask him about JPMorgan Chase, manipulated precious metals prices and the deathbed confession of CFTC commissioner Bart Chilton — but we won’t hold our breath.

For the record: The incoming administration is letting it be known that tax increases are low on the priority list.

So says the Beltway insider rag Roll Call. It quotes former Senate aide Russ Sullivan, now working for a high-powered D.C. law firm: “Joe Biden and his team are not going to raise taxes on anyone until the economy is fully recovered, or at least more stable.”

Assuming he’s talking about income tax rates, we’re inclined to believe it. There’s a working template, after all: Barack Obama came into office with the economy badly scarred from the Panic of 2008. He held off raising income tax rates until he’d secured a second term in 2012.

“In future columns,” a reader implores, “be more exact and less biased politically per your comments yesterday.

“A biased political comment harms your advice on financial activities.

“You should aim for middle ground politically with no excuses on either political extreme. Actually, I seek facts that I use to make my own decisions, not your personal comments that show an already predetermined conclusion. The financial industry harms its credibility unless you are extremely careful.”

The 5: We go back to a truism of Addison Wiggin, our executive publisher and the founding editor of this e-letter.

Urged by a reader in 2011 to “stick to coldhearted financial research,” Addison replied, “Politics are the problem, and you ignore them at your peril.”

Beyond that, what was “inexact”?

A more specific indictment: “No, you are not equal-opportunity journalists pointing out the wrong on both (political) sides. Your writings are definitely far right and Trump sided. Over and over.

“You may think you’re hiding your slant but those of us who know better see it nonetheless. You don’t have to defend it, but you also shouldn’t try to deny it. Your writings continue to question election results and more. That plays right into the extremists’ mindset. You may be responsible for inciting assaults and more. I tell you this for explanation only.

“Trump die-hards don’t change their mind or experience sudden epiphanies. They hang tightly onto their love of a ridiculously flawed loser. Nothing shakes it. You’re in way too far to admit you’ve been wrong all along… but WE know.”

The 5: Examples? Something? Anything? Surely it shouldn’t be hard to find something in our voluminous archives.

Your complaint would be news to the people who spent the last four years berating us to “Get on board with your president!” One of them wrote us shortly after Election Day — we didn’t publish his email, but maybe we should have — saying we bore partial blame for the impending onset of socialism.

Incitement to violence, the enabling of a socialist takeover — who knew our humble little e-letter bore such a heavy burden of sins!

More slings and arrows: “It seems like you’ve had to do a lot of linking to previous issues of The 5 to show that yes, you really did already mention that point.

“Do you have on staff someone whose sole job is to look that stuff up? Wait, let me guess, that question has already been addressed in The 5 on (insert date here).”

The 5: Actually, you’re the first person to bring it up. (Are you disappointed?)

Do we expect people to click on every link and reread everything? Of course not.

But when you publish most every business day for nearly 14 years, you build up institutional memory. It’s worth sharing now and then, perhaps to give the reader a chance to scratch the itch of curiosity.

For newer readers, it can be tangible proof that we’re ahead of the curve, or that we’re not pulling something out of thin air. For more long-term readers, it comes back to something Samuel Johnson said more than two centuries ago: “Men more frequently require to be reminded than informed.”

P.S. Our tech visionary George Gilder — really, Forbes once labeled him the “tech prophet” — has just made an extraordinary call.

He says a new tech revolution spreading across the country could unleash up to $15.1 trillion in new wealth.

If you can grasp what’s at stake, you can get a piece of what might be one of the biggest moneymaking opportunities in 35 years.

For real. Click here and he’ll show you how.

“In the past six months, a major trade war has erupted between Australia and China,” says Jim Rickards, a trade war more vicious than the U.S.-China dispute. Read More