“Fantastic FREE information today at your Zoom meeting, learned quite a bit,” says a reader who tuned into our one-of-a-kind Six Predictions Summit.

“Thanks for sharing all that information,” he adds. “Great job to all of you!”

Like our reader, I was glued to my screen Thursday afternoon (I hung around for the lively virtual happy hour too); so your editor today concurs: The summit was a must-see event.

We promised actionable content — including trends and tickers — and our six editors delivered. And in many cases, over-delivered. For that reason, we’ve compiled a compendium of our editors’ best and brightest ideas.

But first, a little context…

DeFi delivers on fintech’s promises, says an article at Forbes. The term fintech — a combo of “finance” and “technology” — was popularized by venture capitalists in the early 1990s, around the same time the internet was going mainstream.

The promise: “Money would zip around the world at the speed of light, with consumers surfing a wave of friendly apps, falling fees and financial inclusion.” Not so much. Instead? “We got… Zelle,” Forbes says sarcastically. (Burn.)

“While technology has transformed almost every industry in America, finance has been left largely untouched.” Take, for instance, this Western Union money transfer from 1873… 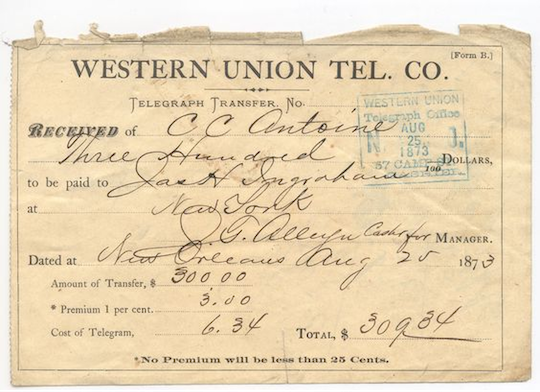 The amount of the transfer was $300, and Western Union’s fee was $9.34… or about 3% of the funds transferred. (Perhaps that included whiskey for the men, beer for the horses?)

For the same $300 transfer today, initiated on Western Union’s website, you’d pay $39 in fees. “Despite almost 150 years of technological progress — highways and airplanes, computers and the internet — the cost… has quadrupled!” Forbes notes.

The solution to the stagnant financial industry? Decentralized finance, or DeFi.

“DeFi is an emerging industry that uses blockchain technology and cryptoassets like Bitcoin to build an alternative financial system.

Of course, risk is baked into any new technology, but DeFi is finally delivering on fintech’s promises: financial transactions that are “faster, cheaper and better” than archaic financial institutions. Plus, DeFi is attracting a deluge of venture capital — per Forbes, $17 billion in the first six months of 2021.

And for two editors at our virtual symposium, DeFi is at the forefront of investable innovation.

First up, iconoclast investor James Altucher, who says DeFi aims to “remove the middleman” behind the “giant scam of Wall Street.” Indeed, to the extent the market takes itself so seriously, James sees a series of “mini Madoffs” in the making.

Of course, James was an early adopter of Bitcoin; he famously endorsed the flagship crypto on CNBC when it was priced at $63. And James was probably laughed out of the room when he suggested Bitcoin would sell for tens and even hundreds of thousands of dollars.

As enthusiastic as James is about Bitcoin, he believes Ethereum is “interesting” and might “eclipse” Bitcoin. Not necessarily in price, but as a blockchain “network.”

And while we’re not revealing our editors’ favorite picks here today, James is equally enthusiastic about another crypto: a serious competitor to giant exchange Coinbase.

On the other hand, our futurist George Gilder is kicking it old school, — as old school as crypto gets — going all the way back to the original blockchain OG, Satoshi Nakamoto.

And George doesn’t equivocate when he claims in “five–10 years, all global money will migrate to the secure ledger.” Again, DeFi…

Accordingly, George has his eye on another crypto based on the “immutable” blockchain; plus, it’s more “transactional” than Bitcoin, he says.

“Are we sure George Gilder isn’t Satoshi Nakamoto?” our options-trading expert Alan Knuckman wondered aloud before launching into his big idea: “Optimism wins.”

If you’re familiar with Alan, that’s appropriate since he’s something of a permabull; in fact, he says: “It’s the best time in history to be a trader.” (Trader not investor, he clarifies.)

Alan cut his teeth in the trading pits at the Chicago Board of Options Exchange and was encouraged early on to “trade what you see.”

That said, he’s bullish on commodities, particularly as we emerge from a global pandemic. Alan details two long-term options related to commodities — “which buys you more time for good things to happen,” he says.

And if Alan’s excited about trading, our retirement and income specialist Zach Scheidt sees opportunities for Main Street investors…

Look out for the “everything shortage,” Zach says. And he explains just how interconnected supply chains are. Consider this…

The effects of steel shortages? Show up stateside in epic logjams at the Port of Los Angeles. (He goes into greater detail than our five minutes allow.) See what Zach means by everything shortage?

“Scarcity is here to stay,” he says, and that includes a scarcity of workers after what he calls the Great Resignation… people checking out of the labor force.

But Zach’s eyeing one high-quality stock that’s banking on a mass migration back into the workforce. Yes, scarcity might suck (we’re paraphrasing) — particularly this holiday season — but that doesn’t mean you can’t profit.

Since we briefly mentioned China, our macro expert Jim Rickards explores the impact of Evergrande’s default.

He takes exception to the idea that Evergrande’s demise is China’s “Lehman moment.” It’s much bigger than that, Jim says, albeit not as sudden a shock to the system.

“Stockholders will get nothing,” Jim says. “Evergrande vendors will get 20 cents on the dollar.” Maybe? And that’s just limited to China. Here’s a scary thought: “Do you have Evergrande bonds hidden in your investments?”

All that to say: “Peak China?” But Jim outlines a way to leverage the Evergrande debacle (two ways, in fact).

Last (and this might be an inelegant transition), from the birthplace of the COVID-19 pandemic to the sector that’s booming because of it, we pivot to our science-and-technology authority Ray Blanco…

He recalls this 2004 Time magazine cover… 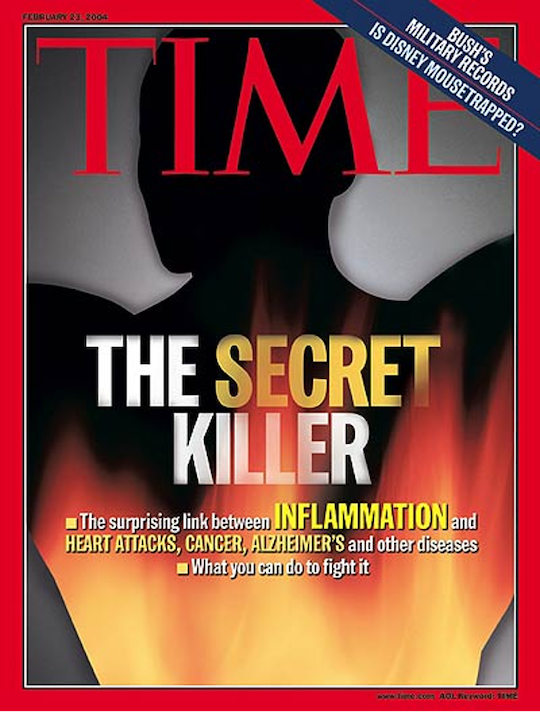 Ray says: “One small company could extend life spans for decades and change the course of human history,” he concludes.

Those who attended were shocked by the amount of information our editors gave away. Here’s a sample from the Zoom chat…

The problem? We had more than 23,175 people register for the event… a number that far exceeded the 10,000-person limit on Zoom.

Which means that you (along with more 13,000 other people) might have been locked
out of the event.

That’s why we wanted to make sure to send out an exclusive-access replay of the event to 5 Min. Forecast readers right away. Rewatch the event by clicking this link.

Remember, all the recommendations and predictions were given away for free. So if you haven’t watched yet, make sure you take some time this weekend to get caught up. You really don’t want to miss it!

Bonus? Find out what Jim Rickards is drinking (shaken, not stirred), which books our editors are reading… and what Ray Blanco is smoking.

Take care, and enjoy your weekend!