The System Is Flashing Red

Historically speaking, U.S. Treasuries have been considered some of the safest bonds investors can buy.

For instance, recall the 60/40 retirement strategy: putting 60% of your retirement wealth into shares of stock and the other 40% into bonds. “During the decade from 2010, the 60/40 portfolio provided an annualized return of 10.2%,” said the Financial Times.

But 2020 was a turning point for the 60/40 ratio. “It is mathematically impossible to repeat the record of the 60/40 portfolio over past decades because rates are now so low,” said T. Rowe Price portfolio manager David Giroux around that time.

“I run a portfolio that competes with 60/40 strategies,” he added, “and it does not contain Treasuries and we also think most equities are not attractive.”

Here in 2022, given the perils of inflation and more, there’s yet another reason to look askance at U.S. Treasuries…

Yields for longer-term U.S. bonds are ordinarily higher than they are for shorter-term bonds. The longer the U.S. government ties up investors’ money, the more investors want to get paid in return, right?

And as our macro expert Jim Rickards notes: “As bond prices go up, the yield to maturity goes down and vice versa.”

Thus, the “yield curve” — which can be plotted on a chart — “is a comparison between long-term and short-term bonds that depicts the relationship between their rates of interest,” says the St. Louis Fed.

“This means that yield curves are shape-shifting,” says Jim. “They can steepen, flatten or even invert.” That said: “The yield curve is a remarkably simple construct with predictive properties that are equally remarkable…

“The yield curve is like a snapshot of how investors view the prospects for interest rates and the economy both now and in the future,” Jim continues.

“Bond yield spreads are typically used to gauge the health of the economy,” agrees Ben Carlson at A Wealth of Common Sense blog.

“Of course, the world today bears no resemblance to the normal world just described,” Jim adds. “Inflation, recession, volatility and war are all front and center.

“The predictive power of the yield curve is that it tends to get there first,” Jim says.

“This means that when conditions are changing for better or worse the change in the shape of the yield curve is often the first signal,” he says. “Other market signals (stocks, inflation, growth) catch up later.” In particular, Jim looks at the “steepness of the yield curve (also called spread).

“The answer is that expectations of Fed rate hikes are high, but fear of inflation down the road is

not.” Jim explains: “One inference is the Fed will fight inflation” — raising fed funds rates — “and they may win the battle… but lose the war and cause a recession.”

In other words, so much for a soft landing…

“This brings us to the most powerful yield curve market signal of all,” says Jim, “a signal that is highly reliable… inversion.”

So when an inversion occurs, that means the yield on a 2-year Treasury note rises higher than that on a 10-year. 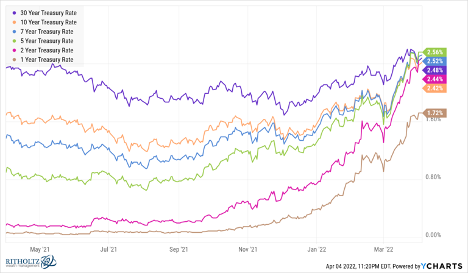 Even today, we see a slight inversion on 5-year and 10-year Treasury notes: 3.07% versus 3.04%. “There’s no reason to accept a lower yield on 10-year notes than 5-year notes,” says Jim, “unless you’re expecting a recession, a liquidity crisis or worse.

How does the yield curve inversion come into play? It’s only happened a dozen times since World War II. And each time, the U.S. economy sank into a recession afterward.

According to Bank of America Merrill Lynch figures, recessions have commenced — on average since 1956 — about 15 months after an inversion of the 2-year/10-year spread.

But that research is from 2019 — and does not account for the COVID crash. There, the yield curve inverted in August 2019… and recession arrived in February 2020. It was inevitable, even without a pandemic.

The gap that time? Only six months.

And Jim says the gap might be even slimmer this time around.

That’s because of another statistic Jim is eyeing — with a history that goes back more than a century now. This one is also flashing red.

“The good news,” he says, “is there’s still time to adjust your portfolios ahead of a recession or market crash.

On Monday, a federal court ruled on a $31 million precious metals “Ponzi-like scheme.”

“Bernard Ross Hansen, 61, the former CEO and president of Northwest Territorial Mint, was sentenced to 11 years in prison on 14 counts of wire and mail fraud charges,” The Charlotte Observer reports.

And Hansen’s business partner and “vault manager” Dianne Erdmann was sentenced to five years in prison, convicted of 13 counts of wire and mail fraud.

In terms of restitution, the two were ordered to pay $33.7 million and $32.1 million respectively.

According to court documents, Northwest Territorial Mint, headquartered in Washington state, was a gold and silver bullion dealer as well as a precious metals custodian, charging a fee for its services.

From 2009–2017, feds claim Hansen and Erdmann “lied about shipping times for bullion, used customer money to expand the business to other states and to pay their own personal expenses.”

“By 2012, the duo ‘lacked enough assets’ to handle their business and began fulfilling new bullion orders by taking metal that was meant to be stored for other customers without refunding them,” says The Charlotte Observer.

“It is heartbreaking to hear how the fraud upended… lives and left them working longer, harder and in deep stress to try to recover,” said U.S. Attorney Nick Brown.

[Sidebar: In Ed Steer’s Gold and Silver Digest newsletter, Mr. Steer said Wednesday: “I met Ross once at a precious metals conference in Vancouver — and knew immediately that this guy was as crooked as a dog’s leg… a real creep — and one scary dude. He got what he deserved.”]

On Tuesday, defense contractor Raytheon Technologies announced its relocation to the belly of the beast — Arlington, Virginia.

Note: Raytheon’s decision to decamp from Massachusetts comes just one month after Boeing announced its own redeployment from Chicago.

“With Raytheon and Boeing coming to town, every one of the five leading defense contractors will now be based in the D.C. area, giving them closer access to the network of officials, politicians and lobbyists that help these defense giants bring in massive profits,” says Responsible Statecraft.

“In other words, the military-industrial complex has officially set up shop in the Pentagon’s shadow.”

National security analyst Mark Thompson of the Project on Government Oversight believes defense contractors located within spitting distance of the Pentagon is equal to “WD-40” for the “revolving door” between the two.

“This increasing concentration of the military-industrial complex a stop or two away from the Pentagon,” he adds, “is really not good either for taxpayers, for troops or for national security.”

Heh… Wanna get away?

“RV sales have been on a decade-long upward trend, but the coronavirus pandemic supercharged consumer interest,” says Investor’s Business Daily.

“Americans, cautious of traveling in airplanes, packed into RVs and motorhomes.” To say nothing of the “office on wheels” trend, like this WFH Airstream we featured last year… 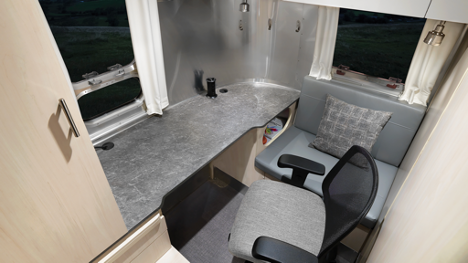 But North American demand for RVs is starting to moderate, according to Thor CEO Todd Woelfer and the RV Industry Association.

“We agree with the revised lower end of the wholesale RVIA’s forecast,” Woelfer says, “and we believe it is in alignment with our forecast RV industry retail sales… to more normalized levels.”

IBD mentions: “THO reports inventory will remain below normal levels until early in calendar year 2023… Supply continues to be an issue due to a global chassis shortage.”

This year on June 4: “More than 150 children, ranging from 6–16 years old, displayed their imaginative creations and entrepreneurial zeal Saturday at… the Vancouver Farmers Market,” reports The Columbian. 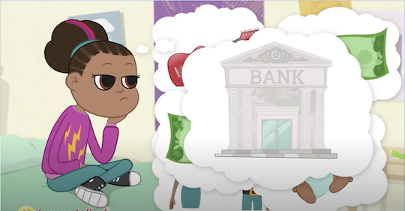 Instead, the “Main Squeeze Investor” for Lemonade Day — iQ Credit Union — has kids applying for “microloans” to finance their startups.

No word on interest rates… But it’s not lost on me that this program commenced in 2007.

Try to have a good day, and we’ll be back tomorrow.