Before we jump into our main topic today, we ask for your input in a reader participation exercise.

As you might recall, our general “pox on all of ‘em” approach to politics drew fire last week from the right side of the political divide.

“Are you so brain-dead that you prefer tyranny and socialism/communism?” asked one reader. “This election is between freedom and oppression,” said another — “between a constitutional republic versus Socialism/Communism.”

Interesting how both readers exercised the same word choice.

So now that it appears Democrats are in line to take over the White House come January… we have a request if you agree with those readers’ line of thought.

What does “socialism” mean to you? What does a socialist takeover look like? Here’s the email address where you can tell us. Be as specific as you can. How do you expect your life to change? What is it you fear most? What are you doing to prepare?

We’ll share your responses tomorrow. If we get enough quality feedback, we might devote the entire episode of The 5 to the topic.

In the meantime, we turn our attention to a key plank of the Joe Biden tax agenda.

We emphasize “a key plank” because until he presents a tax plan to Congress, there’s no point in trying to analyze the whole of his tax agenda. There’s too much about it that’s too squishy.

The most glaring ambiguity is this promise on the Biden campaign website: “He won’t ask a single person making under $400,000 per year to pay a penny more in taxes.” 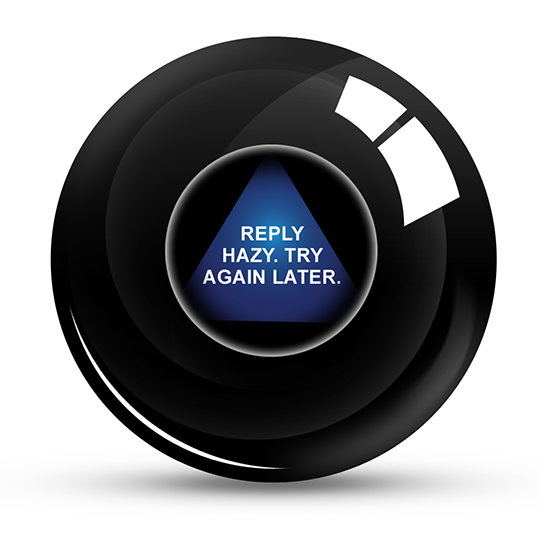 And there’s still more ambiguity about limits on deductions for taxpayers who itemize.

But there’s another $400,000 threshold that’s crystal clear. And it would amount to the most sweeping change to Social Security in the program’s 85-year history.

We’ve discussed it now and then for the last two years… because it’s been embedded in a detailed legislative proposal the whole time, even the subject of hearings in the House Subcommittee on Social Security.

Here’s the scoop: If you’re a higher earner, you’re likely aware that any income you earn over $137,700 this year is not subject to Social Security tax. The number is adjusted for inflation each year; in 2021 the limit steps up to $142,800.

Under a Social Security overhaul bill co-sponsored by 208 House Democrats in 2019, that cap would continue to exist… but payroll tax collection would resume at $400,000 and higher.

With that change, Social Security ceases to be a social-insurance scheme and becomes just another welfare giveaway.

“The Social Security program is intended to be primarily a required-savings program and not primarily an income-redistribution program,” William Reichenstein, business professor emeritus at Baylor, said last year.

“In a required-savings program, there is a reasonably close relationship between taxes paid and benefits received, while in an income-redistribution program this relationship is not close,” he told Reuters columnist Mark Miller.

Reichenstein ran the numbers on the Democrats’ 2019 bill: Someone with a $500,000 income would pay $6,200 more in taxes every year. But in retirement that translates to only an additional $156 in lifetime benefits.

For one thing, the 2019 bill raised the payroll tax rate gradually over the next quarter century — from 12.4% (employer and employee combined) to 14.8%.

And that increase applied to everyone. That won’t fly in light of Biden’s pledge; it would be way too easy for Republicans to accuse him of breaking his $400,000 promise.

Another thing: Don’t rule out the possibility of something like this proposal becoming law even if Republicans keep control of the Senate.

As we’ve pointed out many times, it’s under divided government when Social Security reforms get pushed through — a huge overhaul under Ronald Reagan and House Speaker Tip O’Neill in 1983, lesser changes under Barack Obama and House Speaker Paul Ryan in 2015.

In 2021, that would probably translate to some combination of higher taxes as Joe Biden wants and a higher retirement age as Senate Majority Leader Mitch McConnell wants.

We’ll be watching. For now, consider yourself on notice.

To the markets, where the “reopening rally” is taking a breather.

The euphoria from Pfizer’s big vaccine announcement wore off after we went to virtual press yesterday. All three major U.S. stock indexes started losing ground. The Nasdaq, dominated by stay-home and work-from-home names, actually ended the day in the red.

Gold is clambering back from yesterday’s clobbering, the bid $1,880 at last check. Silver has clawed its way up to $24.21.

“Uncertainty” is the watchword for small business these days.

The National Federation of Independent Business is out with its monthly Optimism Index. Given that the survey was conducted before Election Day, it’s not as revealing a snapshot as it might be otherwise. The headline number was unchanged from the previous month at 104.

But the “uncertainty” portion of the survey shot up to its highest level in nearly four years — “likely driven by the election and uncertain conditions in future months due to the COVID-19 pandemic and possible government-mandated shutdowns,” says an NFIB press release.

Speaking of which, the Federal Reserve is uncharacteristically dour in the latest edition of its twice-yearly Financial Stability Report.

Business debt “has risen sharply as businesses increased borrowing to weather the period of weak earnings,” says the report. “The general decline in revenues associated with the severe reduction in economic activity has weakened the ability of businesses to service these obligations.”

For small businesses, “credit quality… has worsened notably since the COVID-19 outbreak and has not yet stabilized, with many small businesses closing or scaling back operations significantly during the crisis.”

We know — keen grasp of the obvious. But it’s a good reminder that a massive wave of business and household defaults remains a real possibility — even if it still hasn’t materialized eight months since the U.S. lockdowns began and three months after a lot of federal aid ran out.

Japanese are already somewhat accustomed to masking up during winter flu and spring hay fever seasons. But now that COVID has made it even more commonplace, some business people feel “there’s a work-related drawback,” reports SoraNews24 — “since when everyone is wearing a mask, it’s harder to leave a visual impression on customers, clients and colleagues.”

So far there are three mask varieties. The Customer Service Mask most resembles a typical business card — with room for your name along with your company’s name and logo. The Sales Mask highlights your own name… while the Selling Mask can include both company logo and your personal profile photo. Each design is 1,500 yen, or $14.

In order of appearance, the Customer Service, Sales and Selling masks

The upside is obvious — you don’t have to try remembering everyone’s name during a meeting. The downside is that outside the workplace, you have zip for privacy. Best keep a plain one on hand for that purpose…

To the mailbag: “So Pfizer (yes, the same people that developed, and will profit from, the vaccine in question) claims their ‘safe and effective’ vaccine is 90% effective.

“How effective was the placebo that was (or should have been) used? It is very common for placebos to be almost as effective as the real deal. Therefore, the real deal is only ?% better than the placebo, if at all.

“Believing Pfizer’s studies is like believing Big Tobacco’s studies on the health effects of smoking. In other words total BS. And just a reminder, the vaccine makers have been trying to make a coronavirus vaccine for decades, yes DECADES, and it has been a total failure. But they want the American people to believe two days after Biden is declared the winner, by the media, they have a ‘safe and effective’ vaccine?

“I'm not a Pfizer fanboy by any means but methinks you misread the research data,” adds another.

“Over 40,000 people were involved in the Phase 3 trial and so far 94 have contracted COVID. At this point we don't know how many of those 94 received the vaccine versus the placebo but that information should be forthcoming soon.

“That said, I'll let you (and a few million others) go first before I volunteer for it.”

The 5: Perhaps we should have said, “94 test subjects who contracted the virus and exhibited at least one symptom.” And presumably it’s more than just 94 people in a trial of 44,000 subjects who’ve come down with it.

So yes, the information is rather incomplete. The Wall Street Journal’s front-page story this morning doesn’t get to that part until the ninth paragraph: “Pfizer didn’t disclose the breakdown of how many of the 94 subjects in the analysis received the vaccine or a placebo.

“In the entire study, half receive the vaccine, while the other half receive a placebo. The more than 90% efficacy rate suggests that most, if not all, of the 94 sick patients had received the placebo.”

Take from that what you will.

Equally interesting is the emphatic nature of the reader response — given that our entire account of the vaccine trial and market reaction was descriptive and not normative.

But the first reader is right, and we’ve pointed out ourselves how long the regulatory runway typically is for a vaccine.

As for the debate over vaccines themselves, we’ll leave that for another day…

On the subject of Americans unable to get along, a reader writes: “If Rocky Balboa and Apollo Creed could become friends after their battles, shouldn't Democrats and Republicans be able to at least be civil to each other?

“But then those fights took place in Philadelphia, so the fight judges were probably paid off…

“Further to your recent remarks on secession,” a reader writes from Idaho, “four Oregon counties had the question of seceding from Oregon and joining Idaho on their Nov. 3 ballots, and the measures passed in two of the four counties.

“A broader referendum involving 11 counties is slated to appear on the May 2021 state ballot. If the Oregon counties vote to secede, and then ally themselves with State of Jefferson advocates in Northern California, the state of Greater Idaho could be formed as a fourth Pacific Coast state.” 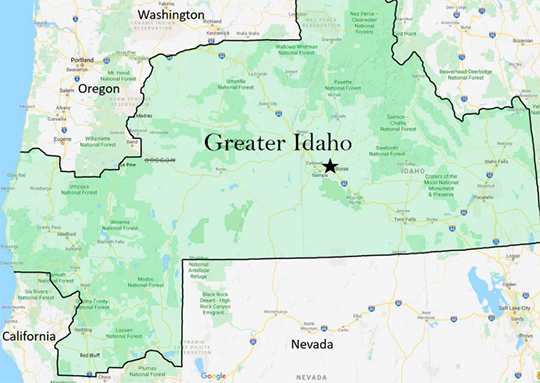 We have a minor fascination with the oddball statehood movements of the late 1930s–early 1940s, such as Absaroka (western South Dakota, northern Wyoming, southeast Montana).

And yes, the State of Jefferson movement you mention — far Northern California, southern Oregon — has its roots in the same era. Today, the chain of NPR affiliates in the region is branded as “Jefferson Public Radio,” go figure…

P.S. We also recall the mild dystopia that was shaping up in Josephine County, Oregon, for a while in 2013. A preview of coming attractions?